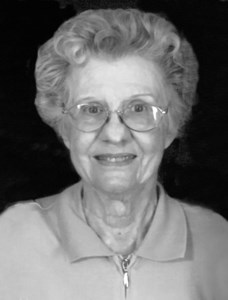 Se Layna Ann (Walters) Campbell passed away on November 24, 2020, at her home in Waco. Graveside services, conducted by Scott Talley, will be at 10 a.m., Saturday, November 28, at Bell Springs Cemetery near Bynum. Arrangements are under the direction of Marshall & Marshall Funeral Directors in Hillsboro.

She was born on February 5, 1934, in Bynum, TX. After graduating from Bynum High School in 1951, Se Layna attended Four-C Business College in Waco. She married Marion Horace (MH) Campbell on October 31, 1952. They spent their early married life in Dallas, where Se Layna worked for Lone Star Producing Co., and moved to Waco in 1955, where she was a legal secretary before becoming a fulltime homemaker and mother.

Se Layna enjoyed arts and crafts, reading, and traveling, especially to the majestic Canadian Rockies and the jungles of Africa. She had a wonderful sense of humor and was a fantastic cook. She was a loving, devoted wife and mother, and a faithful member of Crestview Church of Christ.

She was preceded in death by her husband, MH; parents, Lee Roland Walters and Jessie Lucille (Roden) Walters; and brother, Leroy Walters.

In lieu of flowers, memorials may be given to Bell Springs Cemetery Association, c/o Aaron Walters, 1515 HCR 3150 N, Bynum, TX 76631.
To plant trees in memory, please visit our Sympathy Store.
Published by Waco Tribune-Herald on Nov. 28, 2020.
MEMORIAL EVENTS
Nov
28
Graveside service
10:00a.m.
Bell Springs Cemetery
, near Bynum, Texas
Funeral services provided by:
Marshall & Marshall Funeral Directors - Hillsboro
GUEST BOOK
1 Entry
The memories of the joy she brought to you will be a comfort until you see her again!
Ken & Linda Clopton
November 28, 2020