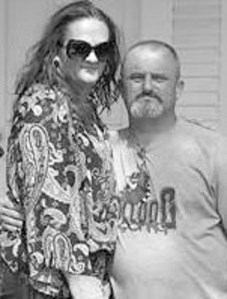 Terry and Susie were married on May 22, 1993, and their love never failed, even through the toughest times.

Terry was preceded in death by his parents, Doris Marie Heard and James Edley Heard.

A memorial service will be held for the couple at 11 a.m., Monday, September 20, at Church Of The Open Door. Pastor Ronnie Holmes will officiate.

Published by Waco Tribune-Herald on Sep. 19, 2021.
To plant trees in memory, please visit the Sympathy Store.
MEMORIAL EVENTS
Sep
20
Memorial service
11:00a.m.
Church Of The Open Door
TX
Funeral services provided by:
OakCrest Funeral Home - Waco
MAKE A DONATION
MEMORIES & CONDOLENCES
Sponsored by OakCrest Funeral Home - Waco.
3 Entries
Im sad by the news of you both passing. I love you both .you both had such a impact on my childrens sunday school teachings ,ill always remember you smile susie ,we always had. Great talks .you would light up a room in minutes .save me a place close to yall in our manison , ill be there one day, until then , i miss you , but will see u again . Courtey im praying for you and the family
Loretta merritt
Friend
September 20, 2021
We are sorry for your loss. Our prayers is with you and your family.
Paul&Carolee Hamby
September 19, 2021
Jim so sorry for the loss. Hugs and prayers for your family
Ricky& KAthy Powell
September 19, 2021
Showing 1 - 3 of 3 results