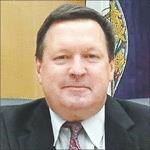 FUNERAL HOME
Adams-Green Funeral Home
721 Elden Street
Herndon, VA
David N. Webster II  (Age 59)
Of Herndon, VA, passed away peacefully on July 19, 2021, after a brief battle with cancer.Born on April 5, 1962, in Washington, DC, David was the son of the late Joan Webster and the late David Webster. In addition to his parents, he was preceded in death by his sister Devlin Berlo.A lifelong resident of Virginia, David received his B.A. in history from William & Mary and his law degree from Catholic University Law School. He was admitted to the bars of the Commonwealth of Virginia, the United States District Court for the Eastern District of Virginia, and the District of Columbia. He was a practicing lawyer for over thirty years and his general practice included cases involving business litigation, corporate and securities law, local government law, insurance coverage, family law, and campaign finance issues. Early in his career, he served as Assistant Corporate Counsel for the Washington Football Team. Among his many cases, David frequently volunteered to represent victims of domestic violence in Virginia through the Herndon Neighborhood Resource Center and in D.C. Superior Court through Women Empowered Against Violence. David loved his adopted hometown of Herndon, Virginia and served on its Board of Zoning Appeals. In his spare time, he also served as a contributor to The Bull Elephant, writing on issues involving law, politics, and public policy. There was no better teammate on trivia night or competitor when watching Jeopardy.David is survived by his siblings, Lois Webster, Steven Webster (Lora), and Paul Webster, and his eight nieces and nephews.The family will have a private service for David, after which he will be laid to rest with his mother, Joan and sister, Devlin at Flint Hill Cemetery in Oakton, Virginia.Per David's wishes, in lieu of flowers, if desired, memorial donations may be made to St. Jude Children's Research Hospital (www.stjude.org).
Published by The Washington Post on Jul. 25, 2021.
To plant trees in memory, please visit the Sympathy Store.
MEMORIAL EVENTS
To offer your sympathy during this difficult time, you can now have memorial trees planted in a National Forest in memory of your loved one.
Funeral services provided by:
Adams-Green Funeral Home
MAKE A DONATION
Please consider a donation as requested by the family.
MEMORIES & CONDOLENCES
3 Entries
You are missed Dave Webster. You left this world far too young. Thank you for always caring for your friends and the community where you called home. God bless you!
Erna Hochstein
Friend
August 27, 2021
RIP buddy
Barry Tidd
August 23, 2021
Dave a was a good friend and a neighbor for many years. We were saddened by his sudden passing.
Jim and Janice Biggar
July 29, 2021
Showing 1 - 3 of 3 results