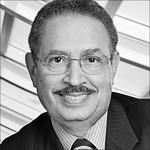 Published by The Washington Post on Jan. 26, 2020.
To plant trees in memory, please visit the Sympathy Store.
MEMORIAL EVENTS
Jan
31
Funeral service
11:00a.m. - 12:30p.m.
Washington National Cathedral
3101 Wisconsin Avenue, NW, Washington, DC
Funeral services provided by:
Witzke Funeral Homes, Inc.
MAKE A DONATION
MEMORIES & CONDOLENCES
9 Entries
My deepest condolences to the family. Dr. Malveaux was a thoughtful, compassionate and motivating leader on a District-wide ER asthma study in the 90s.
Chamberlain Diala
March 2, 2020
To the MALVEAUX family please accept our deepest sympathy. Our hearts are broken for your loss. We have so many fond memories of Floyd and Myrna's love and kindness. We're so grateful for those memories and so proud to call them and all of you our family.
With much love, Sadie, Herb, Karen, Ronald and Delisa Malveaux
February 13, 2020
My Prayers go out to the Family!!! for my Mentor, Colleague, Professor and Dear Friend!! Right after xmas he had been on my mind so much I started asking around at the hospital about him when a severe Asthmatic attack brought me to HUH to see Dr. Alicia Thomas and Dr. Burnett only to hear the news in January 2020 he had gone home!!! May he rest in Heaven with his wife and Our dear friend Dr. James Gregory life without them is heart breaking!! I learned so much from both of them!!I pray the Family has blessed moments for all the joy he brought them!! Peace and BLESSINGS!! Ms. Tonirena Armant [email protected] At your Best you were Love A positive and motivating force in my Life thank you Dr. Malveaux
Tonirena Armant
January 31, 2020
Much love and heartfelt condolences to the Malveaux family. We will keep you in prayer that you remain uplifted and cherish the wonderful memories of Floyd.
Vivian & Cyrus Lawyer
January 30, 2020
My sincere sympathy to the family of Floyd J. Malveaux. It is through the late wife of Floyd, Myrna, that I came to know Floyd! Both were very loving and caring individuals who loved their family dearly. The family has so many wonderful memories of their parents to sustain them as days go by! I am grateful to have passed their paths! Much love and prayers to each of you.
Anita Meadows
January 30, 2020
We spent much time together when we visited Maryland. He will surely be missed by all who knew him. Our prayers and condolences go out to the family and friends. Floyd and Myrna had many.
melven mckendall
January 30, 2020
May God bless you and your family in this time of sorrow.
Vincent & Joyceline(Marks) Stelly
January 29, 2020
Floyd and I were graduate students in the Department of Microbiology and Public Health at Michigan State University. We spent many hours studying together for our prelim exams about the same time as his twins were born. We kept in touch over the years because my husband Dennis is also an allergist who became involved with the MCAN and we would see each other at numerous meetings as he moved from being a microbiologist to being a physician. I especially remember when the MCAN held a meeting in New Orleans shortly after Katrina. Floyd and Myrna led our group of physicians and spouses on a bus tour through the 5th Ward....May the work he started be continued. Godspeed Floyd, God be with your family at this time
Helen Engelbrecht Ownby
January 27, 2020
My sympathy goes out to the family at this time of sadness and loss.
Shirley Hobbs
January 27, 2020
Showing 1 - 9 of 9 results