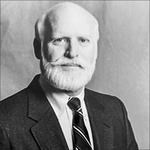 BORN
1940
DIED
2020
FUNERAL HOME
Joseph Gawler's Sons, LLC
5130 Wisconsin Ave NW
Washington, DC
GEOFFREY TATE KEATING  May 24, 2020
Geoffrey Tate Keating passed away on May 24, 2020 in Bethesda, MD. He was born on October 4, 1940 in Washington, DC and grew up in Arlington VA. He graduated from Ohio Wesleyan University in 1962 with a B.A. in political science. He returned to Washington DC with his wife, Karen Wallace Keating, where he attended law school as a night student at the George Washington University Law School (J.D. 1966). He specialized in construction and government contract law and litigation for over 45 years representing contractors, subcontractors and owners. His work involved tunnels, sewage treatment plants, power plants and other heavy construction and commercial projects in the United States and overseas. His legal work took him to over 30 states and 15 foreign countries including reconstruction work in Iraq and work in Russia, Vietnam, Saudi Arabia, Brazil, Tanzania, and Egypt. He was active in the American Bar Association, Public Contracts Section, an author and lecturer on construction contracts and disputes and a member of the American College of Construction Lawyers.  He was known for his good-natured smile, athletics, and his love of the outdoors. He ran track in high school, played lacrosse in college, and continued his love of sport joining work colleagues for softball and touch football games on the Washington Mall and playing tennis into his 70s. In his youth he was active in the Boy Scouts earning the rank of Eagle Scout. As an adult he continued his love of outdoor adventures, canoeing uncharted waters in the Northwest Territories of Canada, climbing Mt. Rainier with his son David and successfully reaching the peak of Mt. Kilimanjaro with his brother Richard in 2012. He enjoyed traveling, particularly international travel where he took great interest in learning about other cultures and engaging with the people. He was a great storyteller and loved sharing tales of his adventures. Family gatherings on Squam Lake in Holderness, NH always brought great joy.  He is survived by his loving wife Karen, their three children, David (Cynthia), Kirsten, and Nicole, six beautiful grandchildren, Geoffrey, Meghan, Paige, Justine, Tate, and Finley, his sister Anne Keating (Lexington, KY) and his brother Richard Keating (Edwardsville, IL). A memorial service/celebration of his life will be held at a later date. In lieu of flowers, donations may be made In Memory of Geoffrey T. Keating to the Squam Lakes Association.
Published by The Washington Post on Jun. 13, 2020.
To plant trees in memory, please visit the Sympathy Store.
MEMORIAL EVENTS
To offer your sympathy during this difficult time, you can now have memorial trees planted in a National Forest in memory of your loved one.
Funeral services provided by:
Joseph Gawler's Sons, LLC
MAKE A DONATION
MEMORIES & CONDOLENCES
4 Entries
geof was my friend. we worked together on numerous projects. he was a real classy and good guy. he was one in a million i will miss him and will miss our long talks on sports , especially the red sox may he rest in peace with the angels.
david kline
Friend
June 13, 2020
Geoff will be gone but not forgotten in the memories of his family, his professional colleagues, and his many friends. He was a singular individual. My condolences to all of the above. He will be missed.
Dee Payne
Friend
June 13, 2020
I would like to extend my sincere condolences to the family. May you find comfort in our heavenly father to carry you all during this challenging time. 1 Peter 5: 6,7
June 13, 2020
My deepest condolences to the family. May you be comforted in knowing that our Heavenly Father cares for you. He will give you strength and courage to cope with your grief.
Psalm 94:17-19
R.R
June 13, 2020
Showing 1 - 4 of 4 results