HELEN McCOY  Financial Manager
The Honorable Helen Virginia Thomas McCoy, 69, a supervisory financial analyst who was the Assistant Secretary of the Army for Financial Management and Comptroller, departed this life on April 1, 2016 at her home in Fort Washington, Md. She is survived by her husband W.L. McCoy and daughter Kendra McCoy. Mrs. McCoy, a native of Albany, GA, spent over 30 years in government service. She was the Acting Comptroller and Deputy Comptroller of the Defense Logistics Agency from April 1990 until March 1994. She was appointed as the Assistant Secretary of the Army for Financial Management and Comptroller on March 23, 1994, following her nomination by President Clinton and confirmation by the United States Senate.  Mrs. McCoy retired from government service in January 2001. She served as a Trustee of the Alfred Street Baptist Church in Alexandria, Va. from 1995 until 2004. In retirement, she also served as the Church Administrator at Alfred Street from 2008 until 2010. A service celebrating her life will be held on Saturday, April 9, 2016 at 10 a.m. at the Alfred Street Baptist Church, 301 South Alfred Street in Alexandria, Va. with Rev. Dr. Howard-John Wesley officiating. In lieu of flowers, please send donations in her honor to Bennett College (www.bennett.edu) or The ASBC Foundation (www.alfredstreet.org/stewardship/asbc-foundation/).

Published by The Washington Post from Apr. 7 to Apr. 9, 2016.
To plant trees in memory, please visit the Sympathy Store.
MEMORIAL EVENTS
To offer your sympathy during this difficult time, you can now have memorial trees planted in a National Forest in memory of your loved one.
MAKE A DONATION
MEMORIES & CONDOLENCES
32 Entries

I missed you so much Cousin Helen. You had such a positive impact on our entire family. We had so many fun and enjoyable times together too - especially, the BBQ's, and the spade games that we use to play together, which included your Dad - "Uncle Small" - his witty personality made it really fun! Your Cousin - Butch Sapp.
georgia Sapp
Family
May 24, 2019
Our prayer is that the love of God and His Son, Jesus Christ, will enfold the McCoy family and grant comfort and peace.
Dorothy Stubbs
April 14, 2016
At a time when insecurities made many women in senior level positions believe that they had to be "one of the boys" in order for their voice to be heard, Helen McCoy confidently remained a lady. Helen's intelligence, competence, kindness, and class made her the penultimate role model for women then, now, and forever into the future. The comportment of the angel corps no doubt went up a notch at the moment Helen accepted her wings.
Donna Truesdell
April 12, 2016
Mac
We are very sorry for your loss.
You are in our thoughts and prayers.
Allen & Audrey Hankinson
Dahlgren '63
April 12, 2016
My deepest and heartfelt sympathy is with the family. Mrs. McCoy was the consummate professional and role model for women at DLA. I admired her greatly. May you be comforted by the many caring thoughts of others. May you be strengthened by the many precious memories of your loved ones
Sandi Miller-Thomas
April 11, 2016
Helen was a mentor and a inspiration to me . She was such a strong women figure for me. She was a loving mother and wife . Keep those memories close to your heart forever.
sheila deal
April 11, 2016
Dear Mac and Kendra,
We are truly saddened to learn of the passing of our friend and colleague Helen. She was a very special lady and we will not see the like of her again. Please accept our deepest sympathies.
Dick and Deb Connelly
Richard and Debra Connelly
April 10, 2016 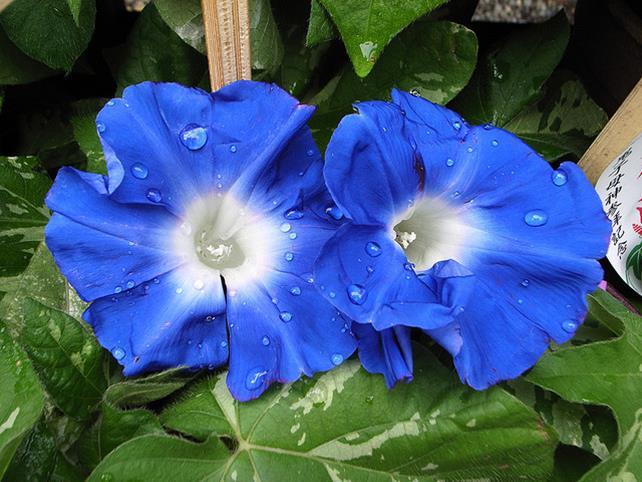 Dearest Kendra, Wishing you blessed memories of your Mom... Sending much love to you and your Dad. -- God Bless, Reba N. Burruss-Barnes
Reba N. Burruss-Barnes
April 9, 2016
The McCoy Family...You are in our thoughts, our hearts and our prayers...
Bennie Roberts & Marion Chance-
April 9, 2016
So sorry to hear of your loss, may the God of all comfort, comfort you and your family during this time.
Judith Ellis
April 9, 2016
Kendra, my sincere condolences to both you and your Dad. You will find that your memories will bring smiles to your faces and warm your hearts.
May God continue to comfort and guide you.
E Marilyn Williams
April 8, 2016
Kendra, my sincere condolences to you and your Dad. Your memories will bring many smiles and warm your heart. May God continue to be with both of you and guide you.
A Bennett sister light is still shining.
E Marilyn Williams
April 8, 2016
Ma'am my prayer for you is one of special thanks for inspiring me without knowing perhaps, as you walked daily past my office in the Pentagon. I quietly admired your confidence, professionalism and leadership demonstrated in the powerful stance you exhibited as you walked around the E ring...always dressed to perfection and always returning a smile and greeting. Thank you for the quiet mentorship ma'am.// May God Bless the Family.
COL (Ret) Yvonne Prettyman-Beck
April 8, 2016
I share deeply your loss. She was and always will have a special place in my heart. I believe we will see her again some day.