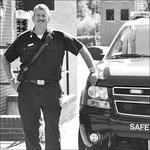 We are very sorry about Jim's passing. He was fortunate to have lived a life full of his passion for The Fire and Rescue Service and was quite the Diplomat within the complicated politics of the service.
Eugene F. Roesser Jr.
September 11, 2018
An honor to have known him. Prayers to family and friends.
Lee Smith
September 11, 2018
Mary, God Bless you and your family during you time of grief. A donation has been left by me for Jim at Heroes, INC. Love Jimmy Eiden
Jimmy Eiden
September 11, 2018
We are sending our deepest sympathy to your family in this time of loss. Jim will be greatly missed but never forgotten. Jim was a very good friend and fellow firefighter of my husband Jimmy Carpenter. Jim's continued support and friendship was so appreciated during our time of struggle and has never been forgotten by our family. May his strength and the wonderful memories of the man your husband and father was provide you with comfort and peace. God Bless you all.
The Carpenter family.
Faith Carpenter
September 11, 2018
Our deepest sympathies to the Seavey family. Jim will be greatly missed. He was such a good friend to my husband Jimmy Carpenter and our family in our time of need and we have never forgotten. May your family find some comfort and peace in knowing how much of a lasting and positive impact that Jim made on
other's lives. The Carpenter family
September 11, 2018
Will be missed. Enjoyed so much talking and learning from Jim. He is a great one.

NVFC Director from Louisiana.
Kenn Fontenot
September 10, 2018
Our condolences go out to the Seavey family,Jim was a great person and Firefighter. My family and I will keep you in our prayers.
carlton ford
September 10, 2018
I interacted with Jim in the Montgomery County Fire & Rescue political arena. I liked him a lot, even though we didn't always agree. He definitely left his mark on the entire fire & rescue service. Sincerest condolences to his whole family, both immediate & fire service. Mike Kerr, Burtonsville Vol. FD
Mike Kerr
September 10, 2018
We are so very sorry for your loss. There is no one that will ever be able to take his place! I know , from many conversations, that he loved his wife Mary and his son more then anything else. ♥ He was all about faith , family and the brotherhood , he taught me and many others so much♥♥ Thank you for all you have done♥ Time to rest and watch over our brothers and sisters. God bless ♥♥ Brian and Kelly
Kelly Mulkins
September 9, 2018
Jim was a good friend from the first time I met him in 1976 when he joined Glen Echo Fire Department the when he came to DC Fire in 1986 and when he went to Cabin John in the early 90's and when we would talk at the Bethesda Bus lot when I started driving the school bus again in 1993 after I retired from DC Fire he was great friend who will be missed by all!!!!! RIP MY FRIEND
Doug Tetlow
September 9, 2018
To a Great Guy that was taken from this world way to soon you will be greatly missed.
From the Colorado State Fire Fighters Association and
NVFC Colorado Director
Kenneth Wettstein
September 9, 2018
My Sincerest condolences for your loss. May precious memories of your dear loved one, along with encouraging words such as those found at John 11: 25 & 26 be of comfort to your family as it has me.
September 9, 2018
r.i p. jimmy .. it was my honor to know you
bruce millington
September 9, 2018
Jim was a childhood friend. He knew from an early age what he wanted to do. I am touched to see the outpouring of love for him and to see all of the lives he has touched. I also know that I am only seeing the tip of the iceberg on his life and his accomplishments. Good job Jim. You made a huge difference in the world.
Loye Miller
September 9, 2018
I'll have a sip or two of Jack for Jim. Rest in peace, old friend, your watch is over.
Jean Aker
September 9, 2018
We all called him Jimmy or just Seavey. Jimmy we are going to miss you and you were a Great Friend and Fireman. Had good times with you here and Ocean City. There are many stories I could tell. Join miss you Brother.
Mark Selke
September 9, 2018
So many memories, taken way to soon. Will miss you Jim
Ron Shipley
September 9, 2018
May God bless you and your family in this time of sorrow.
JOHN SCAFIDE
September 9, 2018
The fire service mourns the loss of a giant in the community. Jim was passionate and spoke his mind...you could always count on Jim to tell it like it was! He will be truly missed and we are all keeping his family in our thoughts and prayers during this difficult time.
Heather Schafer
September 9, 2018
rip my brother It was an honor to have a great friend, NVFC BOD and mentor. WPDR Bob Timko New Cumberland, Pa.
Robert Timko
September 9, 2018 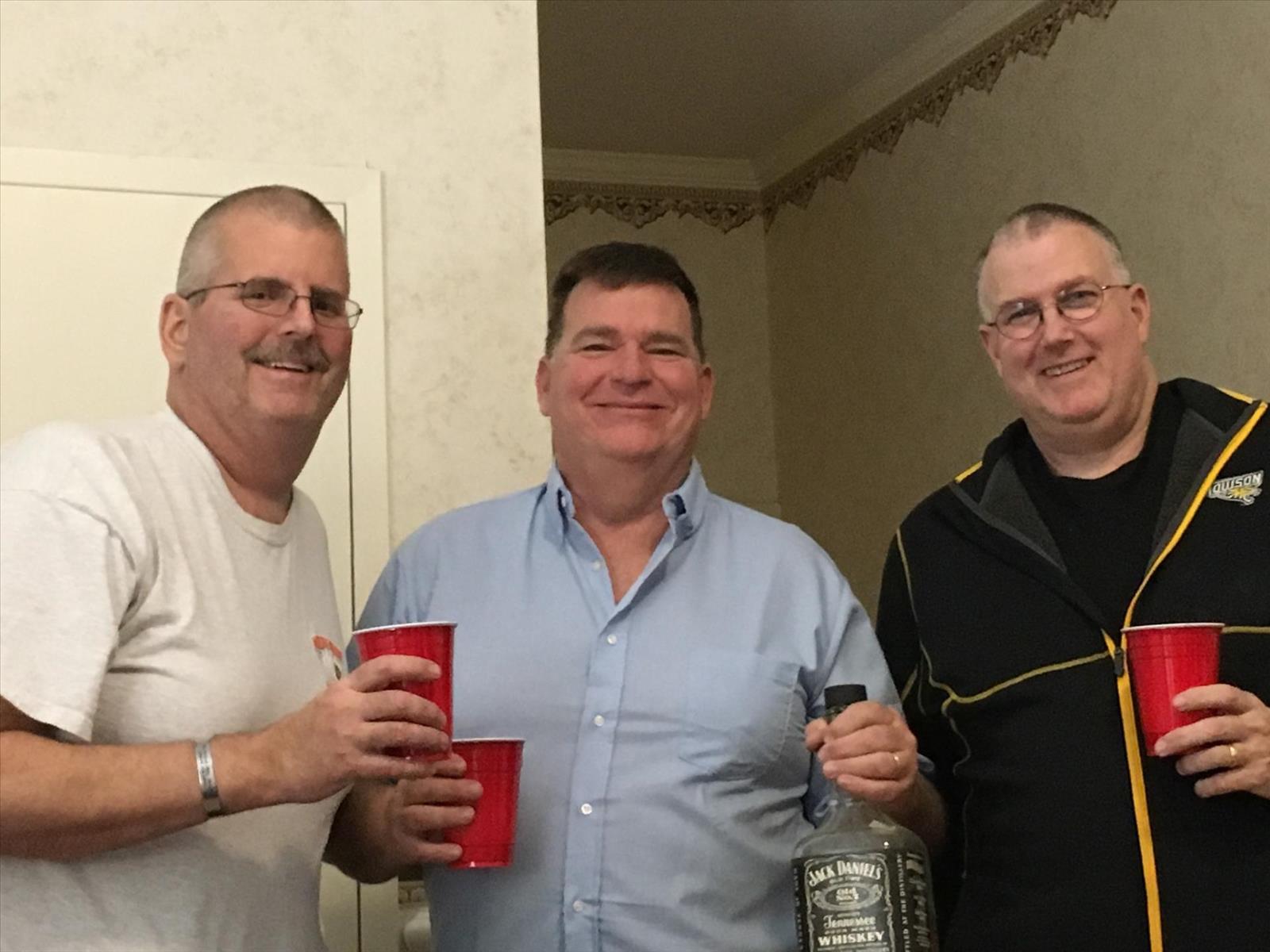 To be closest of friends for 40+ years and be blessed with a lifetime of memories, one could not be any prouder, and saddened at the same time with your passing.
To be able to carry on the way we were able this Spring, the smiles in the photo tell a story. Distance and commitments limited the time the three of us were able to come together, but when we did, from the joys of my weddings to the final gatherings of others, we never missed a beat.
From riding back step on the Parkway on Old Engine 112, to parades from Hershey to OC, from the Cork to Blues fishing to stocking the coolers after close, and the contributions we all made to "Billy's College Fund"...
From my "Blue Whale" Party at moms, to Talbert's, to Sunday morning Board meetings at the Zebra to Sunday nights at The Round Table with Brandywine...
From our rituals of cracking a "new seal" to crying over broken glass and precious drops spilled...
From playing cards in the evening with Pop Simmons and the career staff at Mass Ave to celebrating the births of our kids...
From Sangamore Road, to the open road trucking with Bobbie, to see your career grow from DT to DC, and to see and be a part of your life and Mary's as you were with me and my family, you will be missed, but never forgotten in our hearts...
Love always, "My brother" and My closest of friends,
Kevin
Kevin Knowles
September 9, 2018
James, what a light you were to all who knew you. Rest in peace; Mary and your son will carry on your glorious legacy.
Tina Parisi
September 6, 2018
R.I.P. Jim. Cherished the memories knowing and working with you.
Thomas Tucker
September 6, 2018
What an amazing life Jim squeezed into 58 years! He touched so many lives in such a positive and encouraging way, I am truly blessed that our paths crossed. RIP my friend.
Pam McNutt
September 6, 2018
Please accept my deepest and heartfelt condolences at this time of your loss. May the God who "binds up the brokenhearted" and "comforts all who mourn" sustain your family during this difficult time. Isaiah 61:1, 2
RK
September 5, 2018
Showing 1 - 33 of 33 results