FUNERAL HOME
Money and King Funeral Home
171 Maple Avenue W
Vienna, VA
HARVEY JERRY B. HARVEY, Ph.D. Jerry Harvey passed away on August 1, 2015, of complications from Parkinson's disease and congestive heart failure. He was born in Austin, Texas, on November 14, 1935. He earned undergraduate and graduate degrees from the University of Texas, and remained an avid fan of the Texas Longhorns. He married his beloved wife, Beth, on August 4, 1962. He was the loving father of Scott Harvey and Suzanne Harvey (deceased). Jerry was a Professor Emeritus of Management at the George Washington University. During his career he also served as a consultant to a wide variety of industrial, governmental, religious, military, educational and charitable organizations. He authored approximately 50 professional articles, and two books, "The Abilene Paradox and Other Meditations on Management" and "How Come Every Time I Get Stabbed in the Back, My Fingerprints Are on the Knife? " He is also featured in several videos and a short film focusing on organizational behavior, including "The Asoh Defense," "The Gunsmoke Phenomenon," and "The Abilene Paradox". "Taking a trip to Abilene" has become a widely recognized metaphor for unproductive group behavior. Jerry lived an extraordinary life and his academic, professional, and personal accomplishments were all grounded on a bedrock of honesty. He advocated telling the truth to everyone (especially oneself), which he practiced with his unique blend of humor and compassion. He touched many lives and shaped them for the better. In addition to his wife and son, he will be sorely missed by his daughter-in-law Matilda; his brother-in-law James Wilder and his wife Virginia; and a host of former students, colleagues and friends. Visitation will be held at McLean Baptist Church on Friday evening from 5 to 7 p.m., and a funeral on Saturday morning at 11 a.m., also at McLean Baptist Church, 1367 Chain Bridge Road, McLean, Virginia. In lieu of flowers, donations may be made to McLean Baptist Church, the Salvation Army, or a charity of your choice. Online condolences and fond memories of Jerry may be offered to the family at www.moneyandking.comwww.moneyandking.com

Published by The Washington Post from Aug. 5 to Aug. 7, 2015.
To plant trees in memory, please visit the Sympathy Store.
MEMORIAL EVENTS
To offer your sympathy during this difficult time, you can now have memorial trees planted in a National Forest in memory of your loved one.
Funeral services provided by:
Money and King Funeral Home
MAKE A DONATION
Please consider a donation as requested by the family.
MEMORIES & CONDOLENCES
Sponsored by Ozzie Gontang & Vistage 29.
25 Entries
The profound impact of Jerry's work, his passionate for developing others through thought provoking questions, his humor & compassion, and his unique approach to our field is felt today more than ever. And while there are still trips to Abeline, atleast these some of us have learned about to help groups avoid. It was true honor to have him at my dissertation defense.
Margaret Gorman
July 30, 2021
I used to do alot of management training for our Company, a Fortune 100 chemical company, and we used Jerry Harvey's "Abilene Paradox" constantly. Participants loved it for its wonderful insights and humor. Some years ago, I spoke with Jerry directly, and he was typically humble when I told him how much we enjoyed it. He demonstrated that humor in teaching pays huge dividends. I live now in Texas, and think of him whenever I pass through Abilene. My daughter, Elizabeth, got her bachelors and masters degrees at George Washington, and a protege and dear friend of mine, Dave Gartenberg, was a student of Jerry's at GW. We all miss him and celebrate the wisdom he preserved for us. Rest in peace, and may God bless the entire Harvey Family. With pround respect, and thanks, Steve and MarySandra Foster, Friendswood, Texas
Steve Foster
Friend
July 30, 2021
He was quite a guy. I played golf with him and dined with him. A great guy.
Joe Motheral
July 30, 2021
I stumbled across Jerry's obituary today in 2020. I spoke with him in the late 90's when my daughter was a student at George Washington University. One of his students, Dave Gartenberg, worked with me and we had a mutual respect and appreciation for Dr.Harvey. I used "The Abilene Paradox" many times in management training I conducted in our Company. May God bless Jerry and watch over his family. Steve & MarySandra Foster, Friendswood, Texas
Steve & MarySandra Foster
March 18, 2020 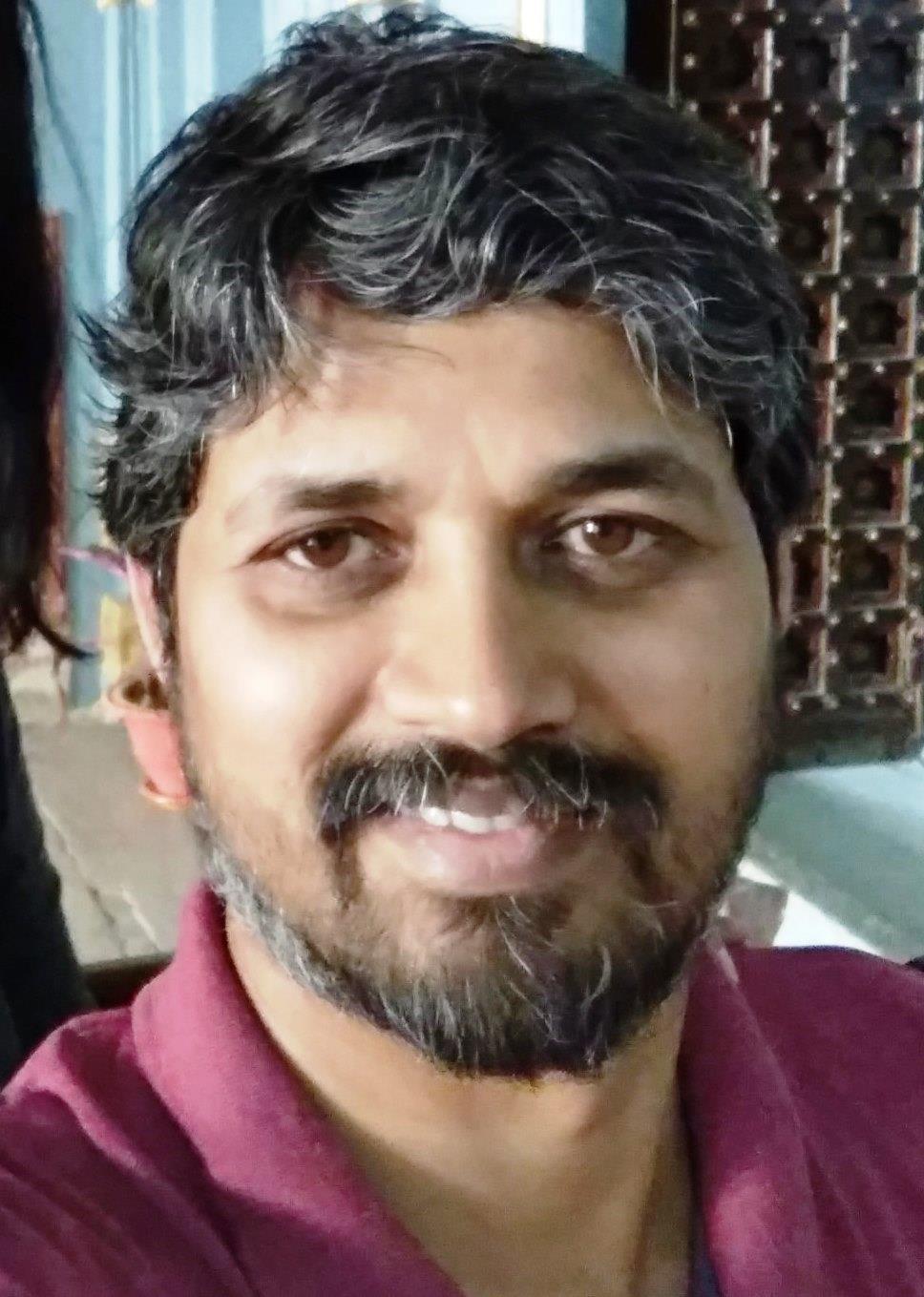 During 2007-09 I had the opportunity to correspond with him on multiple instances through email, while I was involved with teaching. Then during our correspondence he referred to his writeup on how not to teach. Of course, people know him mostly for his Abilene Paradox, but his wisdom was beyond some of the management ideas that we know thorough his writings. I can refer to some of his emails where he had expressed his philosophical ideas beyond management, but probably this is not the place. I can only wish: Prof Harvey will live with us for ever, since our existence is all about our ideas. May you never rest and keep others all the more restless with your ideas! Live long, Professor!
Dr Nishant K Ranjan
July 12, 2019
Around 2008 I encountered Professor Harvey's work in a VHS titled "Group Tyranny and the Gunsmoke Phenomenon" at my former local library in Oregon. They no longer carry VHS recordings yet I still remember the video. Today I was looking up copies and for current articles until I saw this obituary. My very first You Tube video was recommending Group Tyranny and the Gunsmoke Phenomenon. And I just listened to my first episode of the radio show version of Gunsmoke yesterday. Perhaps now I can get more of the context of the concept. Thank you Professor for your legacy!
Andrejka
March 27, 2017 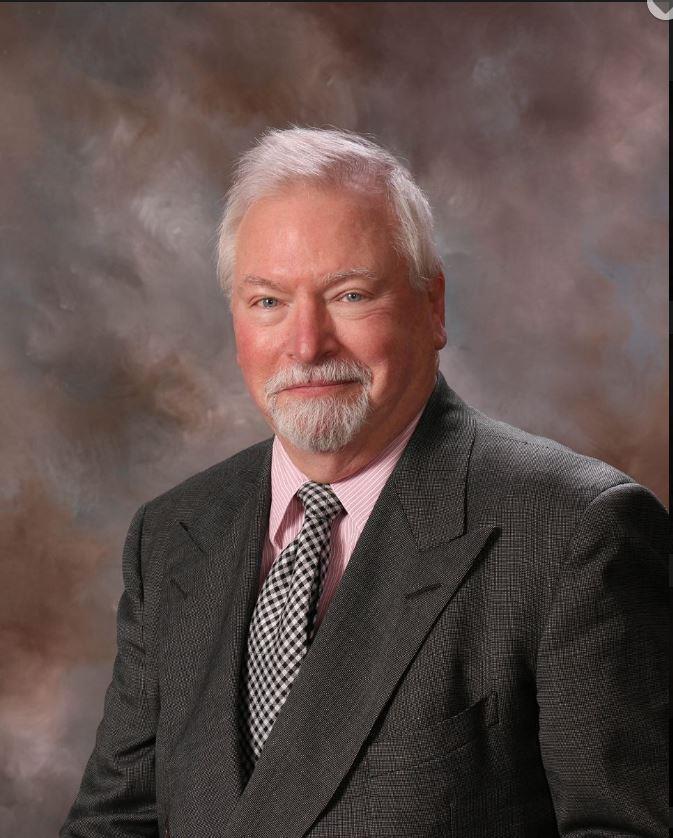 By "refusing to teach" Jerry changed my life!
Duncan Sutherland
May 23, 2016 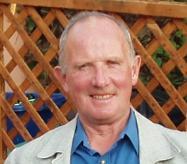 His spirit lives on in the retelling of his stories and will do so for generations to come. He truly touched and influenced thousands of CEOs, company presidents and business owners through his work withTEC and Vistage Chairs and members.

Mixed with the sorrow on the news of his death is the gratitude for having been touched by the gift of his life. With love, appreciation and friendship.
Ozzie Gontang
August 17, 2015 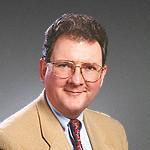 For 21 years I've enjoyed being a TEC/Vistage chair, and I've seen Jerry's impact radiate into the numerous circles of these CEOs. Many frequently refer to Abilene, Captain Asoh, and Jaques. We aim to honor his work by sharing it.
Glenn Waring
August 16, 2015 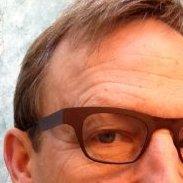 I was introduced to Jerry's advanced musings on Organizational Behavior and other aligned and mis-aligned topics through my membership of TEC 371 in Columbus, OH. Jerry traveled to Columbus and spoke to our group a number of times and I truly benefited from talking with him and being inspired by him to look deeper into all things. He was often a source for my reflections on business and life. Thank you, Jerry, for enriching my personal and business life!
Tim Newcome
August 14, 2015
I had the pleasure of interviewing Jerry Harvey for a story. I never enjoyed an interview more than that one. Played golf with him and thanks to The Wilsons had an occasional lunch with him. I can safely say that he was a very
special person and I feel privileged to have known him.
Joe Motheral
August 10, 2015

Dr. Harvey impact on his students and the world around him will be his living legacy in addition to his family beautiful memories.

I just learn of his passing today. However, this week I was writing in a Silicon Valley entrepreneurial forum about his teachings and theories and made specific reference to his most famous paradox. I was fortunate to have him as a professor and academic advise while at GWU's School of Business in early 1980s. I often model his remarkable kindness, compassion and great humor in my daily life. May he rest in peace and his memories be a blessing.
Michael Ryan
August 7, 2015 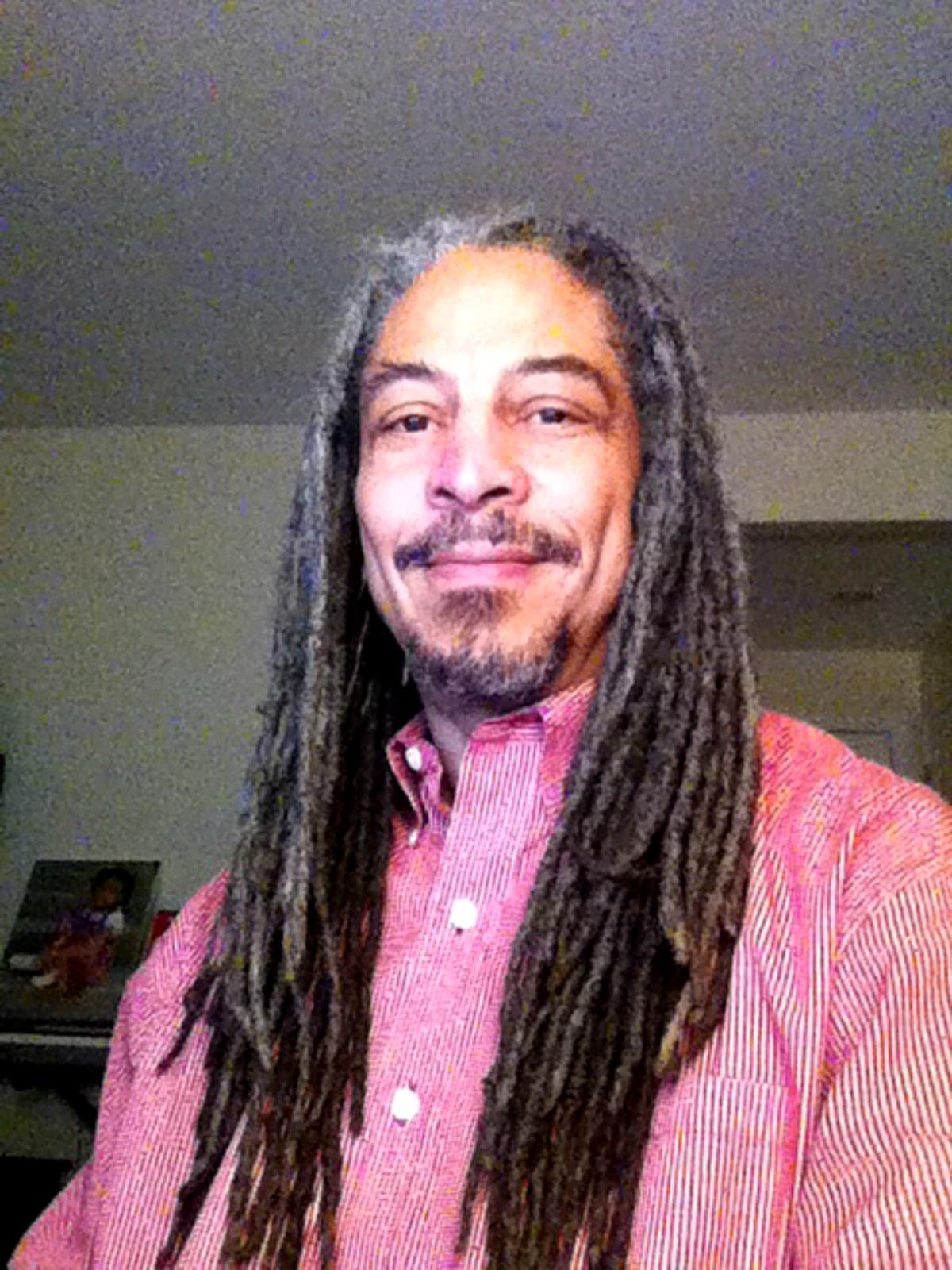 Jerry Harvey was one of the two people in my life who would not accept my mediocrity and insisted on my superlative performance. He was as much a coach as a teacher, bringing out the best in those under his tutelage. I forever will feel grateful for having been one of those whom he accepted under his wings.
Amenaua Foy
August 7, 2015
Jerry was an inspiring and sensitive person. Listening to him, or reading his books created a deep change in oneself.I lost a dear friend and colleague. I'm grateful to have met you, Jerry.
Leopold Vansina
August 7, 2015
Dr. Harvey continues to impact my teaching, writing and thinking. We traded email messages a few weeks ago and when I expressed to him how much he continues to influence me, he said that I should know by now that he takes no credit for any growth, nor responsibility for any regression, I might experience. Classic Dr. Harvey. A one-in-a-million ... my thoughts and prayers are with his family.
William Sparks
August 5, 2015
Dear Beth and Scott: Most of his life was great. For he walked in God's Love with his endless faith. Jerry made many friends along this journey called life. He touched us with love from the core of his heart and I know he loved you both unconditionally. The LORD has lifted him up and he received his well deserved wings.
Ray & Laura Gibbons
August 5, 2015 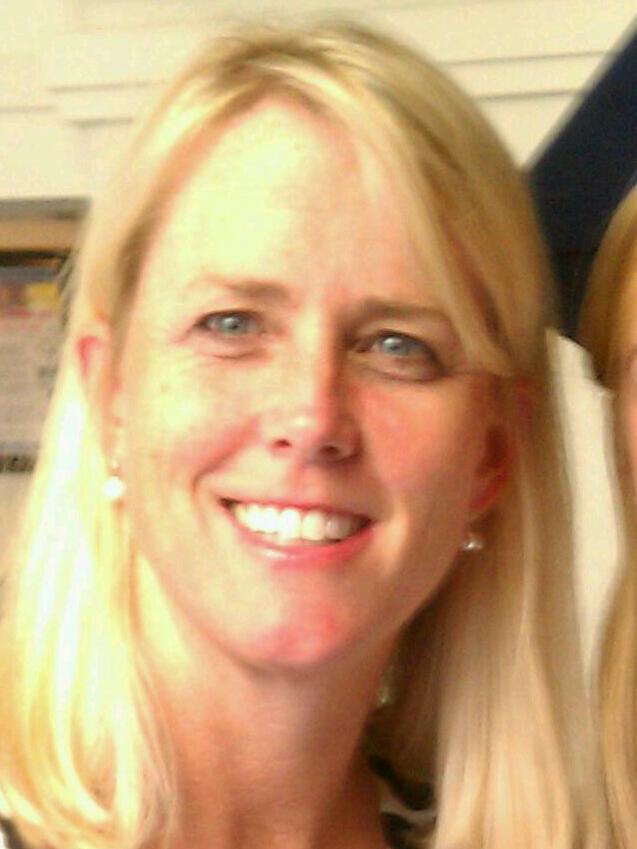 Dr. Harvey forever transformed how I thought about relating to others. His compassion for students' learning and his unwavering commitment to push us all to not settle on our lily pads is inspirational. I feel so blessed to have seen his brilliance in the classroom and to have experience his humor and empathy. He was so kind, that everytime we communicated - he would always ask about my mother (& her umbrella) - a funny story from my dissertation defense over a decade ago.
Margaret Gorman
August 5, 2015
Dear Family, Jerry was such an inspiration. I was a new prof at GWU and he just made me feel right at home as well as important. He captivated everyone, and his down-country manner made his talks and teaching even more memorable. He was so special. Sincerely, Marilyn Liebrenz-Himes
Marilyn Liebrenz-Himes
August 5, 2015
May you and your family find peace in your time of sorrow.
Anita Carter
August 5, 2015
Scott, please accept my condolences on the passing of your father. I had an opportunity to read his books and his analysis of workplace behavior was right on.
Be blessed at this time of sorrow.
Joan Davenport
August 5, 2015
Showing 1 - 25 of 25 results