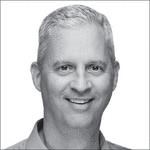 PULLIAM JOEL STEVEN PULLIAM Joel Steven Pulliam, 57, died on June 1, 2021 after a five month battle with kidney cancer. Born in Queens, NY and raised in Rockland County, NY, Joel attended St Joseph's parochial school, Albertus Magnus High School and Villanova University. At Villanova, he studied mechanical engineering and cheered the Wildcats to their historic 1985 NCAA basketball championship. In 1988, Joel moved to Virginia where he met his beloved wife, Ann. Joel then went on to earn his MBA at the Darden School of Business at the University of Virginia. He and Ann were married on July 27, 1991 in McLean, Virginia. Joel had a long, successful career in technology. He worked for many companies, from Fortune 500 giants to twenty person startups, and was a beloved co-worker, and leader wherever he went. Joel was known by his colleagues for his integrity, strong and gentle leadership, and clever wit. Consensus is that he was excellent at making software; designing the features and products that the engineers would then implement. At the time of his death, he was the Chief Product Officer for Brightfield. The many software products he envisioned and designed will continue to be used by hundreds of thousands of people. In addition to being a successful executive, Joel was first and foremost a loving husband and father, always putting his family first and happy to talk about them to anyone who would listen. He was an avid golfer, an amateur handyman, an excellent cook, a talented artist, and a self-proclaimed whiskey nerd. Joel was a loyal fan of Villanova and Virginia basketball and Notre Dame football. Appreciative of the simple things in life, Joel could most often be found cooking a meal for his family in the kitchen, repairing something in the garage, walking his dogs (off-leash) in the woods, hitting golf balls in the backyard, or watching the sun set by the pool with his wife by his side and a glass of bourbon in his hand. Joel will be sorely missed by all who were blessed to know him, especially his family. Humble and sincere, Joel's quiet influence will live on in all those he touched. The world is less bright for having lost him. Joel is survived by his wife Ann Farrell Pulliam, his children Kevin (25), Thomas (23) and Grace (21) as well as his brothers Ronald and David, his in-laws, numerous cousins, nieces and nephews. He was predeceased by his parents Ronald Leon Pulliam and Mary Frances Pulliam (née Therrien) and his mother-in-law Bridget Teresa Farrell (née Gerety). Services will be held on June 12. Joel is under the care of Murphy's funeral home. Details can be found at dignitymemorial.com.
Published by The Washington Post from Jun. 11 to Jun. 13, 2021.
To plant trees in memory, please visit the Sympathy Store.
MEMORIAL EVENTS
Jun
12
Service
DC
MAKE A DONATION
MEMORIES & CONDOLENCES
2 Entries
Will always cherish a lovely evening spent with Joel and Ann as we celebrated our sons Gonzaga Prom.
Sending our love and prayers.

Cheryl and John Garvey
Cheryl Garvey
Friend
June 12, 2021
Dear Ann,
Deepest sympathy to you, Kevin, Thomas, and Grace on the devastating loss of Joel.
I remember I met you when I stayed with your dear mother and father in the early nineties and you and Joel were just starting out on your married life together. Words cannot express how saddened we were to hear of your loss from May.
Sending all our love, thoughts and prayers to you and your family at this time.
Emma MacNerney, Marita and James MacNerney
Emma MacNerney
June 12, 2021
Showing 1 - 2 of 2 results