TOMLINSON KENNETH YOUNG TOMLINSON Kenneth Young Tomlinson, 69, of Middleburg, Virginia died on May 1, 2014 at Winchester Medical Center. In a 28-year career at Reader's Digest, he rose to the position of Editor-in-Chief in 1989. In 1982, President Ronald Reagan appointed Tomlinson Director of the Voice of America, where he served until 1984. He began his career in journalism as a reporter for the Richmond Times-Dispatch in 1965. In 1968 he joined the Washington bureau of Reader's Digest, then served as a correspondent in Vietnam, and eventually in Paris, where he covered events in Europe, Africa, and the Middle East. Tomlinson is former chairman of U.S. Broadcasting Board of Governors from 2002 to 2007 which oversees all non-military U.S. international broadcasting, including the Voice of America (VOA), Radio Free Europe/Radio Liberty (RFE/RL), Radio Free Asia (RFA), Radio and TV Mart??, and the Middle East Broadcasting Networks (MBN). He was also Chairman of the Corporation for Public Broadcasting (CPB) from 2003-2005. Tomlinson is the co-author of P.O.W., a history of American prisoners of war in Vietnam. In 1985, he was chairman of the National Commission on Libraries and Information Science. From 1986 to 1994, he served as a member of the U.S. Board for International Broadcasting. In 1995, he was named Virginia Press Association's Virginian of the Year, and he is a member of the Virginia Communications Hall of Fame. Tomlinson is a recipient of the Phillips Foundation Lifetime Achievement Award. Tomlinson was born on August 3, 1944 near Grayson County, Virginia, the son of the late Young Tomlinson and Mattie Wingate Tomlinson. He married Rebecca Moore on April 25, 1975 in Washington, DC. A 1966 graduate of Randolph-Macon College, Tomlinson later received an honorary doctorate from his alma mater in 1995. Outside his love of country and family was his passion for thoroughbred racing. Tomlinson owned Sandy Bayou Stables and produced two stakes winners, Lonesome Sound and Missy Dear. His horse, Massoud, won two races at Saratoga in the summer of 2006. Tomlinson also enjoyed bluegrass, ACC basketball and the Washington Nationals and Redskins. Survived by his wife and two sons, William Moore Tomlinson of West Hartford, CT and Lucas Young Tomlinson and his wife Anne of Alexandria, VA. A funeral celebrating the life of Kenneth Y. Tomlinson will take place Friday, May 9 at 11 a.m. at Trinity Episcopal Church in Upperville, Virginia. 11 a.m. at Trinity Episcopal Church in Upperville, Virginia.

To plant trees in memory, please visit our Sympathy Store.
Published by The Washington Post on May 4, 2014.
MEMORIAL EVENTS
No memorial events are currently scheduled.
To offer your sympathy during this difficult time, you can now have memorial trees planted in a National Forest in memory of your loved one.
MAKE A DONATION
MEMORIES & CONDOLENCES
25 Entries
Remembering KYT. A good man. There are never enough good men and hard to replace when their time is done. Rest In Peace.
Gary Marco
Friend
April 28, 2021
The Greatest Director of Voice of America & my friend
Leslie Daniel
Friend
April 30, 2020 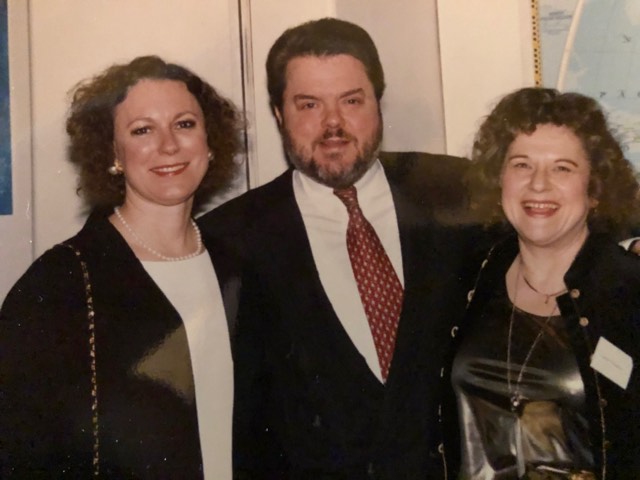 Sweet Memories - Johnson Mountain Boys at the Birchmere, Jesse Helms and moonshine, getting a paint job on car before returning to RD, the notebook Mel and I kept on Ken's "sayings", Ken's church bulletin I kept with notes in the margins, Ken's passions: Rebecca.Will and Lucas, our country, bluegrass and horses. Thanks for the memories.
Janie Fritzman
Friend
April 30, 2019
A good man. There are never enough good men.
Gary Marco
Acquaintance
April 28, 2019
Will never forget the great adventure from 1982-84 at VOA when I had the privilege of working with Director Ken Tomlinson in the incredible transformation of our Agency and the USSR Division.
The following quote captures, better than my feeble words could, the essence of Ken Tomlinson and why he will be remembered.

It is not the critic who counts. Not the man who points out the strong man stumbles or where the doer of deeds could have done better. The credit belongs to the man who is actually in the arena, whose face is marred by dust and sweat, and blood, who survives valiantly, who errs and comes up short again and again, because there is no effort without error or shortcoming, but who knows the great enthusiasms, the great devotions, who spends himself for a worthy cause, who, at the best, knows in the end, the triumph of high achievement and who, at the worst, if he fails, at least he fails while daring greatness, so that his place shall never be with those cold and timid souls who knew neither victory nor defeat. - Theodore Roosevelt

Condolences to Rebecca and the family.
Marie Ciliberti
May 8, 2014 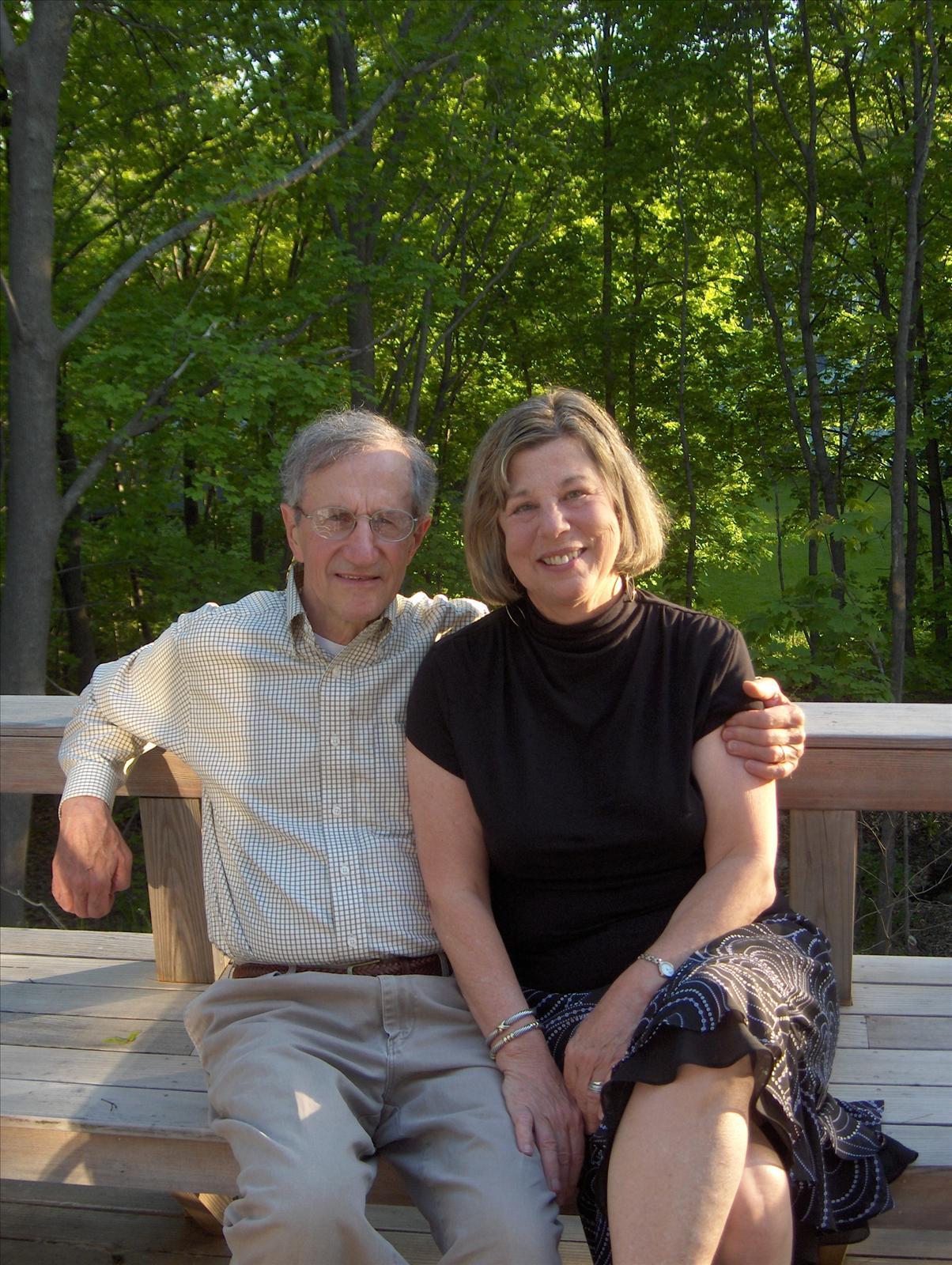 Tom and I are saddened to learn of the death of Ken. We remember him so fondly and our wonderful days together as young families in Paris, and our stops at your lovely home in Chappaqua on our way to Maine, and the days when Ken headed the VOA. Our condolences to you Rebecca and to Will and Lucas. May your loss be lessened by knowing that Ken made such a mark on the world. With love and sympathy, Tom and Wendy
Wendy Ross Eichler
May 8, 2014
Our men's prayer group at the Weekly Standard has suffered a grievous loss. Ken's desire to learn more about the Lord was such a pleasure to behold. And he made the commutes into DC without complaint. God bless.
John Cochran
May 7, 2014
My first memories of Ken and Kathy are seeing them in First Methodist Church in Galax, sitting with their sweet Mom after their father died. They were so young and even though I was only a teenager, my heart ached for the two of them, but especially for their Mom. This Mother's Day, he will be with both parents for the first time since he was a little boy. Galax has always been so proud of his accomplishments. I don't know his immediate family, but my condolences to them and his sister Kathy Tomlinson Messer.
Libba Beamer
May 7, 2014

Ken's quiet pioneering spirit during our freshman year at Randolph-Macon College 1962-'63, when my own father took him racing with Bill Schulz & Tom Winter, lasted a lifetime. One of Ken's enduring wonderful legacies with fellow horse-lover and Upperville-Atoka neighbor Paul Mellon was their founding together The Sporting Gallery next to The Chronicle of the Horse in Middleburg, which has perhaps the finest thoroughbred horse breeding and racing collections in America. Thanks for the memories, dear friend.
George Archibald
May 7, 2014
Ken - A champion of freedom: of speech, of the press, of religion and ethical values, man of integrity and honesty.
Rev. John Boyles, Chairman, USIA/VOA Advisory Committee on Ethical Values during Ken's time.
Rev. John Boyles
May 6, 2014
Remembering Ken with fondness from those good days at Galax HS and debate (it truly was Knowledge Knoll). Your ambition and achievements were worthy
of the notable Class of '62. Condolences to your wife and sons.
Dr. John Byrd (class of 51) Primghar IA
May 6, 2014
RIP Kenneth. Thoughts and prayers to Rebecca, Will and Lucas
Ken Messer
May 6, 2014
So proud that Kenneth was from our home town. What an inspiration he was to all of us.
Jerry & Nancy Wiseman
May 6, 2014
I knew Ken all my first early years. He was like the big brother I never had. Ken loved nature and people, had a 'maverick' look at life. Lived life on his terms and was a man of principles. You will not be forgotten.
James "Rudy" Galyean
May 6, 2014
While I was only lucky enough to know you and your family for a short time, it is clear that this was a great loss for the entire world. You were nothing short of an amazing person and I am lucky to have spent the time with you that I did. You will be missed by many. I'm sure of that. Thank you for being one of the best individuals and families I've ever met. My heart is broken for you all. May you rest well. I hope to one day see you again. Love always.
Ann Kinkead
May 5, 2014
We were all Reaganauts, and together, we helped change the world. I personally respect the many contributions Ken made throughout his many years of service to our country. And I personally mourn the passing of a former colleague whose intelligence, hard work and commitment, and good natured humor made working with him such a delight. Many prayers, Ken, RIP, and deep condolences to his family.
Jackie Tillman Harty
May 5, 2014
May you be listening to your beloved Bluegrass Music in the sky. Love and prayers from Aunt Kathy to Rebecca, Will, and Lucas
Kathy Tomlinson-Messer
May 5, 2014
Admired and respected in life. Mourned in death. In memory, forever. With Sincere Condolences to Rebecca, William and Lucas.
Gary Marco
May 5, 2014
Our friendship came late in life, but it was as meaningful and memorable as if we had known each other for 50 years. Rest with Christ, my dear brother. I am grateful to you for writing the foreword to my book of devotions. I will hear your voice each time I read your words. My prayers and condolences to the entire family during this difficult time. I know, without a doubt, that God will grant you his peace.
Bruce Swaffield
May 5, 2014
Go in peace our good and faithful servant. You have been a remarkable steward of your wealth of resources and of this good earth. We will miss, Kenneth Y. Tomlinson!
Friend & classmate,
Martha E. Ward
May 5, 2014
Very proud to have known Kenneth as my Director at VOA & BBG but most important to know him as a True Friend- Directors come and go but friendship last FOREVER - My Best Friend Forever.
Les Daniel
May 5, 2014
Ken and I were the best of friends at ole
Galax High. In his 1955 Buick he would drop me off after school at the radio and TV shop where I worked. He was a good friend and a great guy. Ken was always fun to be around. He will be missed by many.
Glenn Diamond
May 5, 2014
Growing up with Kenneth has given me many memories of our friendship during our elementary and high school days especially. He was an inspiration to me and several of his classmates as well. He will be missed.
Leslie Winesette Vaughan
May 5, 2014
Go rest high on that mountain old friend and mentor, holding you in my memories.
Janie Fritzman
May 4, 2014
Very proud to have to have grown up with Kenneth, elementary, high, and first year of college. As a high school teacher I would often tell students about Kenneth's successes and how I had helped him through algebra, emphasizing how important it to help others.
Claude Brewer
May 4, 2014
Showing 1 - 25 of 25 results