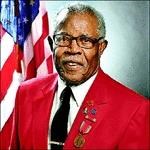 FUNERAL HOME
Stewart Funeral Home
4001 Benning Road, N.E.
Washington, DC
MAJOR L. ANDERSON, II
Documented Original Tuskegee Airman and retired United States Postal Service Postal Police Officer died with his family at the Washington Hospital Center on March 15, 2021. Mr. Anderson was born and raised in Jacksonville, FL. Mr. Anderson came to Washington, DC after being discharged from the Army Air Corp after WW II. He spent the remainder of his life Washington, DC. Where he served his River Terrace community and was elected ANC Commissioner. Mr. Anderson was very active in his church The Third Baptist Church of Washington, DC where he served as Chairman of the Deacon Committee for several years. At Third Baptist he was a member of the Senior Choir, the Home missionary Ministry, the Men's Ministry, and the Executive Ministry. Survivors include: two sons, Major L Anderson III and Keith B Anderson, one granddaughter Kendra Roy: three grandsons, Antione Wilson Major L Anderson IV, Kendrick B Anderson, one great grandson Davien L Roy and many relatives throughout the United States and Canada. Funeral will be on April 1, 2021, 10 a.m. viewing followed by the funeral at 11 a.m. at The Temple of Praise, 700 Southern Ave., Washington, DC 20032. Interment at Arlington National Cemetery at a later date. In lieu of flowers please send donations in the name of Major L Anderson, II to the ECCTAI - Youth in Aviation Program http://ecctai.org/youth-aviation-program.
Published by The Washington Post on Mar. 29, 2021.
To plant trees in memory, please visit the Sympathy Store.
MEMORIAL EVENTS
Apr
1
Visitation
10:00a.m.
The Temple of Praise
700 Southern Ave., Washington, DC
Apr
1
Funeral
11:00a.m.
The Temple of Praise
700 Southern Ave., Washington, DC
Funeral services provided by:
Stewart Funeral Home
MAKE A DONATION
MEMORIES & CONDOLENCES
4 Entries
Deacon Anderson was a servant of God, kind, compassionate, and friendly.
We thank God for his service at Third Baptist Church and his love for his family and others.
Deacon Harold & Deaconess Ann Gilliard
Harold
Friend
March 31, 2021
The live stream for my Dad's funeral is:
www.tributeoflove.org
Major L Anderson, III
Son
March 30, 2021 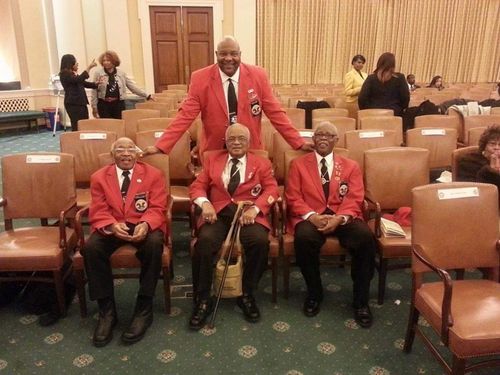 I met Major Anderson through my late husband Steven McCoy who was a member of the Tuskeegee Airmen Chapter in DC. It was the greatest honor to spend time talking with and getting to know all the DOTA's. Major Anderson was my absolute favorite! Rest in peace and power.
RL McCoy
Acquaintance
March 29, 2021
Sorry for the loss of your Dad. He will forever through both of his sons. Both has inherited his values life. Keep your hand in God’s hand he will direct your path! Surrounding You and your family with love and prayers
Jacqueline Lindsay
Friend
March 29, 2021
Showing 1 - 4 of 4 results