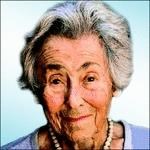 BORN
1922
DIED
2019
MEISSNER MARGIT MEISSNER On July 8, 2019, Margit Meissner passed away peacefully at her house in Bethesda, Maryland with family and friends at her side. Margit was born to Gottlieb Morawetz and Lily Tritsch in Innsbruck, Austria on February 26, 1922. Margit Meissner's life was defined by her love of family, her insatiable curiosity, and her relentless pursuit of social justice. She had a deep desire to know people, taking joy from everyone she met, hearing their stories and tracking their progress. This led to deep and durable relationships that often helped people realize new insights about themselves and expand their life's horizons. Margit's wide circle of friends, with whom she diligently stayed in contact, came from diverse countries, ages, and backgrounds. She worked hard to bring and keep her extended family together; last December, she presided over a family reunion in her native Austria attended by more than 60 people spanning four generations from three continents. She had high expectations of those around her, and even higher of herself. She possessed a keen intellect and a genuine thirst for knowledge. She closely followed current affairs and held strong views about politics. She was always outspoken and often impatient, and unafraid to "tell it like it was'. She loved the arts and read widely. She grew up speaking six languages and taught herself others later in life. Margit was raised in Prague, Czechoslovakia together with her three older siblings, Paul, Felix and Bruno. Growing up in the tumultuous period in Europe between the two world wars defined Margit, what she believed in and what she valued. She fled Europe with nothing more than the clothes on her back and built a new life for herself in America. In 1953, Margit married agricultural economist Frank Meissner who predeceased her in 1990. Together they had two children, Paul and Anne, and enjoyed a rich and rewarding life together. They lived in California, Argentina, and New York, before finally settling in suburban Washington. Frank's love and encouragement were instrumental in allowing Margit to be all that she could be. In 2009, Margit found a new love in her life, John Garms, and they married in 2015. Margit's breadth of occupations--dress designer, translator, mother, PTA president, special needs advocate, teacher and museum docent--are a testament to her talents and resilience. Her diverse experiences taught her that life is often not fair, but that simply fuelled her desire to fight for what is right. She was relentless in her battles against inequality and the pursuit of social justice. The publication of her 2003 memoir, Margit's Story, led to her deep involvement with the United States Holocaust Memorial Museum, where she was a docent for all their major exhibits. It was in her work with the museum that she began to first identify as a holocaust survivor, bringing a new dimension to her life. In her work, she urged people to be participants, not bystanders, in the ongoing struggle to combat prejudice and prevent future genocides. She travelled widely, often visiting difficult places, while carrying her message of tolerance and understanding. In the last 18 months alone, she visited Austria, Prague, Germany, Poland, Denmark, Sweden, Azerbaijan, Armenia, Canada, and many US cities. She had many personal philanthropic interests, and actively supported women in Rwanda and Argentina, with whom she corresponded extensively. She died peacefully at her home in Bethesda, Maryland after a very short illness. Margit is survived by her husband, John Garms, her devoted companion who loved and took great care of her, her daughter Anne, her son Paul and his wife Jennifer, and her two granddaughters, Lynn and Rita, who brought her tremendous joy and pride in the women they have become. A memorial will be planned at a later date.A memorial will be planned at a later date.
To plant trees in memory, please visit our Sympathy Store.
Published by The Washington Post from Jul. 11 to Jul. 14, 2019.
MEMORIAL EVENTS
No memorial events are currently scheduled.
To offer your sympathy during this difficult time, you can now have memorial trees planted in a National Forest in memory of your loved one.
MAKE A DONATION
MEMORIES & CONDOLENCES
15 Entries
So sorry to hear this news. What an extraordinary woman. Marina Budhos & Marc Aronson
August 3, 2019
I am deeply saddened to learn of Margit's passing. She and I worked together in the Special Education / Transition Services Division for Montgomery County Public Schools. My heartfelt condolences to her family.
Betty S. Brown, Columbia, MD
August 3, 2019
My condolences to Margit's family. She had such energy, such passion, such intellect. I feel so privileged to have spent time working with her at the Holocaust Memorial Museum. It is a huge loss and I feel so very blessed that we were friends and I witnessed how she lived her life. She will always be an inspiration!
Sonia Booth
July 20, 2019
I'm so sad to hear about her passing. She touched so many lives, including me. I'm so blessed to have been able to hear her courageous story. She will truly be missed.
Shametrius Bradley
July 15, 2019
My sympathy to the Meissner family. What a wonderful mother you had. Best regards.
Jane Barker
July 13, 2019
Margit was the most remarkable,humane,considerate,compassionate and altruistic person I have ever met. She was a Renaissance Woman. A special joy in my life has been spending birthdays with her and her family and friends in recent years. Her life was a profile in courage and strength. We celebrate your life!
Michael Kern
July 12, 2019 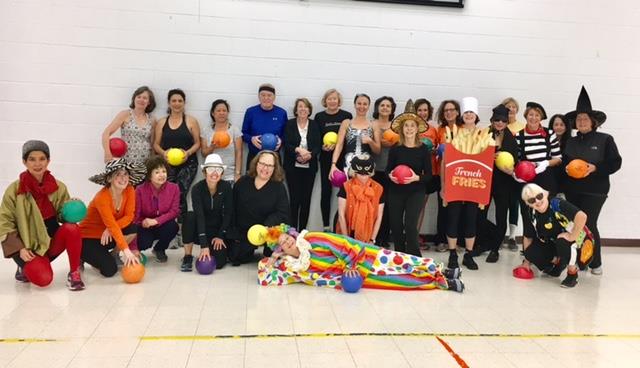 you missed the part of being in our exercise class!
Lynn Hopkins
July 11, 2019
I am so sad to hear that the remarkable Margit Meissner has passed away.I was so fortunate to have a chance to sit with her at a party a few months ago and to hear just a few of her stories. We had promised to get together again and I regret not making that happen as she moved me deeply. May she rest in peace and in power and may her memory always be a blessing. My heart goes out to John, to her children and grandchildren, and to her many friends.
Sharon Gelman
July 11, 2019
I am Truly and deeply sorry for your Loss. My warmest condolences go out to the family and Friends of Marit. May the God of all comport Grant you peace and Strenght during difficult time (Psalm 91:11).
M C
July 11, 2019
Sending love and light to Margit's family. We will miss her so. She was an inspiration to our Clara Barton Community. What an amazing life.
Juliet Rodman
July 11, 2019 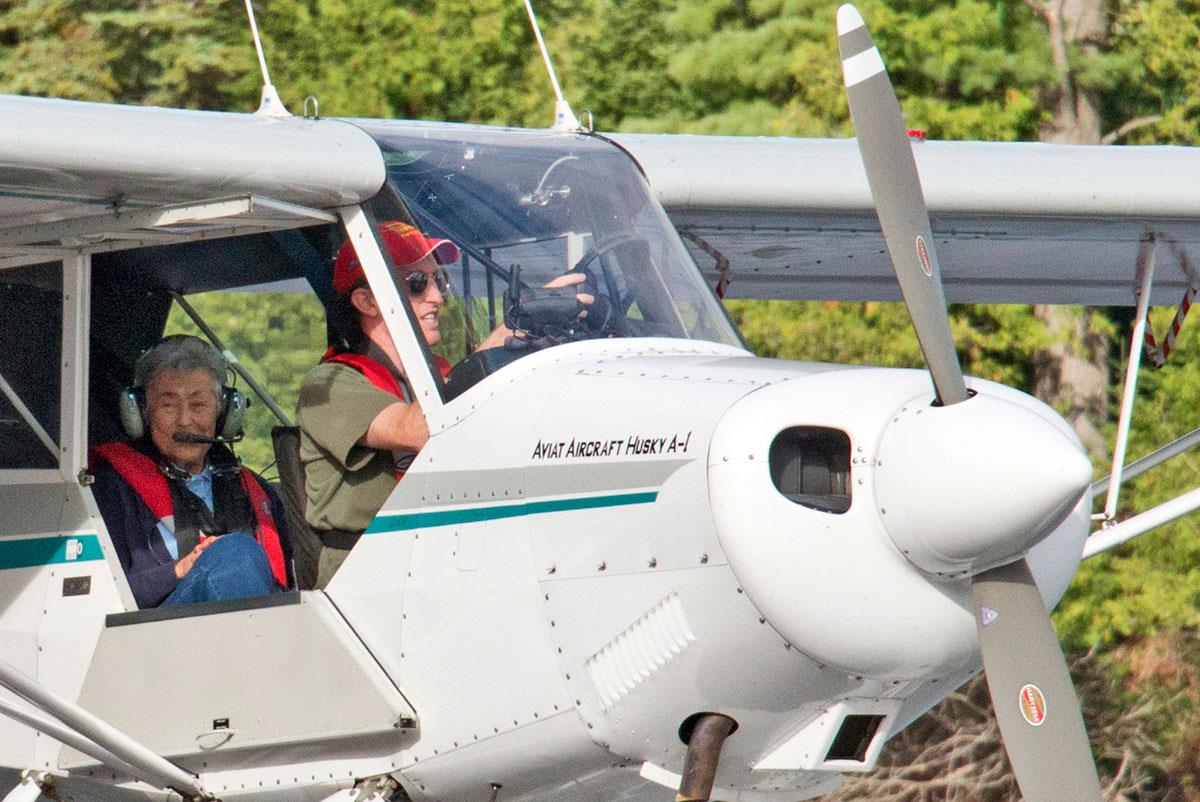 The world seems a smaller place without Margit.
Simon Dann
July 11, 2019
Margit was a force to be reckoned with!I will miss her humor, creativity and candor. There will never be another Margit Meissner and she will live on in the work we do at TransCen. She lived her life in her own words: "You have to understand: What you do really matters."
Laura Owens
July 11, 2019
A wonderful lady, noble in the best sense of that word, kind, intelligent and gifted, and treated you even if you were just an acquaintance or simply a recognized face as though you were her friend. May she rest in peace.
Corbin Lyday
July 11, 2019
Margit was (is) one of my heroes. Her advocacy for people with intellectual disabilities helped shaped Transition services in Montgomery County and beyond. The world is a better place for her having been among us.
William Luther Jett
July 11, 2019
My daughter, Kali Nelson, very much loved getting to know her and considered her a friend. She met her while interning at the Holocaust Museum and was saddened to hear of her passing. She said she was a kind and loving friend. Our prayers are with you.
Ingrid Nelson
July 10, 2019
Showing 1 - 15 of 15 results