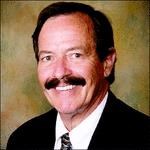 BORN
1944
DIED
2018
FUNERAL HOME
Kalas Funeral Home & Crematory Edgewater
2973 Solomons Island Road
Edgewater, MD
Marion Harvey Jordan, M.D., FACS
Of Edgewater, MD, died unexpectedly on the morning of Friday, September 28, 2018, causing a ripple of sadness far and wide throughout the burn care community and beyond. Born on July 19, 1944 in Carrollton, GA to the late Harvey and Ila Jordan, Marion received a Bachelor of Arts degree in Chemistry from West Georgia College in Carrollton in 1965 and earned a Doctor of Medicine degree from the Medical College of Georgia in 1969. He began his career in burn care in 1978 as Medical Director of The Burn Center at MedStar Washington Hospital Center in Washington, DC, where he worked for many years. In the days following 9/11, Dr. Jordan's burn and trauma teams received worldwide recognition for providing care to the patients from the attack on the Pentagon. In 2013, Dr. Jordan retired as the Medical Director of the Burns/Trauma section of Surgery and as the Medical Director of The Burn Center at MedStar Washington Hospital Center. While most of his time was spent caring for burn patients and training residents, Dr. Jordan was actively involved in the American Burn Association, the International Association of Firefighters and the D.C. Firefighters Burn Foundation. He also managed to find time for his passion of collecting and restoring antique American motorcycles and fishing on the Chesapeake Bay. Dr. Jordan was preceded in death by his wife, Cheryl Jordan. He is survived by his son, Marion "Harvey" Jordan, Jr. and his wife, Kelly of Georgia; his daughter, Abigail "Holly" Battle and her husband, Brian of Florida and four grandchildren, Harrison and Kate Jordan and David James "DJ" and Abigail Battle. He is also survived by countless close friends, firefighters and his Burn Team at MedStar Washington Hospital Center. The family will receive loved one's and friends at the Navy-Marine Corps Memorial Stadium N* Room, 511 Taylor Ave., Annapolis, MD on Monday, October 15 from 4 to 7 p.m. where his Celebration of Life service will be held on Tuesday, October 16 at 11 a.m. In lieu of flowers, memorial donations may be made, in Dr. Jordan's honor, to the American Burn Association (http://ameriburn.org/who-we-are/donations/) or the D.C. Firefighters Burn Foundation, 3002 12th St. NE, Washington, DC 20017 (https://www.dcffburnfoundation.org/make-a-donation). Condolences may be made online at: www.KalasFuneralHomes.com
Published by The Washington Post from Oct. 6 to Oct. 8, 2018.
To plant trees in memory, please visit the Sympathy Store.
MEMORIAL EVENTS
To offer your sympathy during this difficult time, you can now have memorial trees planted in a National Forest in memory of your loved one.
Funeral services provided by:
Kalas Funeral Home & Crematory Edgewater
MAKE A DONATION
MEMORIES & CONDOLENCES
15 Entries
Offering our sincere condolences. May the God of love comfort your heart and make you firm in your time of grief. 2 Thessalonians 2:16,17.
October 31, 2018
Dr Jordan and his staff save my life numerous times in my 7 month stay at the Burn Center. He became a father like friend to me. I regret not seeing him more. He was a great teacher of everything from burns to motorcycles.
John Wasilik
October 16, 2018
to my friend and fellow motorcycle enthusiast , we had so many plans together getting your bike projects finally going, i will miss that smile and Georgia accent , the visits to the shop , the problems we solved, the respect we had , great memories good and bad. the world has lost a great person who was always there to help , there would be no other to replace.
rest in peace my friend.
Fred the Motor Head
fred motorhead
October 15, 2018
Our sincere condolences to the Jordan family. Our thoughts and prayers are with you.
Stephen Maconi
Friend
October 15, 2018
For your friendship and thoughtfulness over the years. May God bless you and hold you safe. Sandy Marshall
Sandra Marshall
Friend
October 12, 2018
Such a humble,kind,& caring man! One of the best burn docs around. May he be with the angels & saints in Paradise!

James J Groome
Medstar Washington Hospital Center Associate
James Groome
October 11, 2018
May Dr. Jordan live happily in perfect health in Paradise forever.
October 9, 2018
You will be missed.
CLAUDIA J.&Tony Stuart
October 8, 2018
Our sincere condolences to the Jordan family. Our prayers are as yours, that God provide his care and comfort you each day.
- Psalms 145:18,19
Your neighbor..
October 8, 2018
So sorry for your loss. He was a great man!
Cathy Brock
October 8, 2018
My deepest sympathy.
Ginger Graham
October 8, 2018
Marion and I were great friends for a long time during and after high school in Carrollton. My sincere condolences for your loss. He will be remembered by many friends and classmates. Marvin Harden
October 7, 2018
He was in band with me at Carrollton High School. I remember him as a quiet, kind person. I am so sorry for your loss.
Jo Sullivan Cooper
Jo Cooper
October 7, 2018
Psalm 90:10 says that the days of our years are 70 years, And if because of special mightiness they are 80 years.
May the memories of the wonderful times you shared together bring a smile and joy in your heart.
October 6, 2018
Offering our deepest condolences during this difficult time.
The Staff of Kalas Funeral Homes
October 6, 2018
Showing 1 - 15 of 15 results