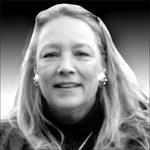 MARTHA KAY LEQUEUX
Kay, as she was called in the family, passed away on September 10, 2018, after a strong battle with cancer. Born in Richmond and settled in Mathews, VA, she was a caring daughter of the late Major Rene G. Lequeux and Martha Scott Lequeux. She was a devoted life partner to Gary Klien and their beloved pet Mattie; a loving sister to Jamie Lequeux, Scotti Lequeux, Michele Schultz and Holly (Steven) Matthews; adoring aunt to nephew James (Angela) Tierney and their children Kayden and Liam; niece Erin Grecu, and daughter Abby; nephew Nolan Schultz; nephews Shane and William Matthews; and niece Sarah (Shawn) Nelson. An 18-year resident of University Park, MD, she loved her home, the community and its people. Kay received her BS Degree in Psychology at Virginia Commonwealth University and earned a MS Degree in Human Relations from Golden State University. Her awards include Outstanding Young Women of America; the TWIN Award Hampton, Virginia; and she was a finalist for the Leadership Greater Washington HR Leadership Award (member class of 2006). Kay spent her career serving in Human Resources, including executive positions with The Washington Post, Howard Hughes Medical Institute and the National Association of Social Workers. She served on numerous charitable boards including WORC and Goodwill Greater Washington. The family is taking time to plan a celebration of her life's walk among so many fortunate people.
Published by The Washington Post on Sep. 27, 2018.
To plant trees in memory, please visit the Sympathy Store.
MEMORIAL EVENTS
To offer your sympathy during this difficult time, you can now have memorial trees planted in a National Forest in memory of your loved one.
MAKE A DONATION
MEMORIES & CONDOLENCES
12 Entries
I know that I am 2.5 years late but I just heard of Martha Kay's passing and wanted to express my condolences. While Martha Kay was a business colleague, I always found her to be a strong but warm and lovely person. I am grateful for having known her. My warm regards.
Tom Berray
Coworker
January 12, 2021
So very, very sorry to learn about Kay. Wishing Gary, and all of Kay's family and friends, peace of mind and heart.
Corey Slavitt
December 2, 2018
Words cannot express how sorry we are. We were blessed & privileged to call Kay family. She will be greatly missed by all who loved her. We will keep the whole family in our prayers. Love, Allan, Gay, Meghan and Andrew
Allan Klien
October 6, 2018
Lighting a forever candle for Martha Kay. Jamie, I don't know if you remember me, we were friends back when we were young in Germany. I have thought many times of you and your family and wished we could reconnect. I am so very sorry to learn of the loss of your beautiful and accomplished sister. Prayers for comfort and peace during this time of sorrow and beyond. I would very much like to hear from you when the time is right. Bonnie Bridger Mittelmaier
Bonnie Bridger Mittelmaier
October 2, 2018
You were such a strong and loving person, you will be missed by so many. Sending love and prayers to your family.
Neil and Judy Clark.
Judy Clark
October 1, 2018
Jamie, Scottie, Michele, Holly & families, please accept my sincere condolences for the loss of Martha Kay. May God give you some peace & comfort during this very difficult time. You're all in my thoughts & prayers. RIP beautiful lady
Stephanie Hudgins Thompson
October 1, 2018
My deepest sympathy to Gary, Jamie, Scottie, Michele, Holly and families, Martha K was a wonderful friend always and know how we adore our siblings, such a bond with sisters, you are and will continue to be in my thoughts and prayers, love you all, Maxine
Maxine Hudgins
October 1, 2018
Jamie, my prayers go out to you, Scottie and family. Martha was a wonderful person who always seemed happy. i know she will always be in the hearts of everyone who knew her well.
Ken Lewis
October 1, 2018
No better friend, then my dear Martha. I miss her terribly. She will always be in my heart.
Edna Hornberger
September 30, 2018
Willie Love
September 30, 2018
I still can't believe it. Miss her terribly! So lucky to have worked with her for so many years and to have seen her 5 days a week for the last 5 years. I have been so, so fortunate.
Kathleen Waugh
September 27, 2018
Please accept my heart felt sympathy for the loss of your loved one. May the God of all comfort strengthen you at this time of sadness. May Gods promise for the future bring you peace. Hosea 13:14
September 27, 2018
Showing 1 - 12 of 12 results