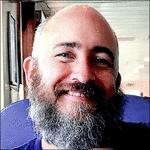 FUNERAL HOME
Capitol Mortuary Inc - WASHINGTON
1425 MARYLAND AVENUE, NE
Washington, DC
WIXON Matthew Wixon Owner and founder of Bookstore Movers and co-owner of Capitol Hill Books Died on March 22, 2019 after a courageous two-year battle with colon cancer. He was 41. Matt was born on July 30, 1977, to Bernard and Sandra Wixon. He grew up in Arlington, Virginia, where he made several life-long friends - the so-called "Ridge Road Crew". Matt attended Oakridge Elementary in Arlington and St. Anselm's Abbey School in Washington, DC. He graduated from the College of William and Mary with an English degree in 2000. In 2011, Matt met Kate Ritson and quickly fell in love with her. The two married in 2014, and their beloved son, William, was born in 2017. Matt was extremely proud of his son and loved nothing more than spending time with him. Matt was an active member of the Capitol Hill community where he had lived since 2005. In that same year, he began working at Capitol Hill Books, where he met several more life-long friends. He would go on to found Bookstore Movers with nothing more than a willingness to lift heavy furniture, some Craigslist ads, and a need to escape his overactive brain for manual labor eight hours a day. Bookstore Movers now employs 90 people and has won the City Paper Award for Best D.C. Moving Company nine years running. Matt dreamed of one day saving up enough from moves to buy Capitol Hill Books together with several friends who also worked at the bookstore. He realized that dream last July. Matt was a voracious reader with the heart of a poet. He had a hunger for experience coupled with a sense of innocence and wonder about the world that could send him into raptures when describing everything from the hunting habits of owls to the sugar rush of a new pop song. He was fascinated with words and word origins, and was known to read dictionaries for fun. He often deployed rich imagery and abstruse language in his messages to friends and family, even when discussing simple issues such as where to have dinner. The man could sure write an email. Even while undergoing the difficulties of his cancer treatments, Matt remained a perspicacious and kind voice for his loved ones, once counseling a friend going through a tough time, "You are going to be fine. There will be tough times and sometimes the tough times will get stacked on tough times and then stacked on more till it's some weird teetering Seussian stack of woes, but you will carry things together and find your peaceful plateaus." Matt's signature traits were his deep empathy for others and kindness, his humor, his generosity, and his ability to make friends. He was extraordinarily gifted at finding beauty in everyone and connecting with people in a way that made them feel special. Matt will be missed by his wife, Kate; his son, William; his parents, Bernie and Sandy; his brother, Andy, and sister-in-law, Jyoti; nephews, Sammy and Matthew Wixon and Jack and Ryan Chase; the extended Wixon, Manderfeld, Howa, Clark, Ritson and Chase families; his friends at Capitol Hill Books and Bookstore Movers; and countless other family members and friends whose lives he touched. A private Celebration of Life will take place in April. In lieu of flowers, donations would be gratefully accepted in Matt's name to the Colorectal Cancer Alliance.
Published by The Washington Post on Apr. 13, 2019.
To plant trees in memory, please visit the Sympathy Store.
MEMORIAL EVENTS
To offer your sympathy during this difficult time, you can now have memorial trees planted in a National Forest in memory of your loved one.
Funeral services provided by:
Capitol Mortuary Inc - WASHINGTON
MAKE A DONATION
MEMORIES & CONDOLENCES
1 Entry
My sincere condolences on the passing of your loved one. May prayer comfort and strengthen you during this time of sorrow.1Thessalonians 5:17.
V.C.
April 13, 2019
Showing 1 - 1 of 1 results