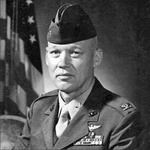 OWEN CHARLES BAKER "O.C."  Col., USMC (Ret.)
Of Fairfax, Virginia, died January 23, 2018 at Fairfax Hospital with family members by his side. Born in Breckenridge, MN in 1932 and attended school in So. St. Paul. He enlisted in the Navy and received a Fleet Appointment to the United States Naval Academy, graduating with distinction in 1957 as a Marine Second lieutenant. His lifelong dream of flying was realized after getting his wings of gold from Pensacola. He was able to follow that dream for the next 60 years through flying to defend his country and as a hobby with good friends before and after retirement. He married Barbara Jean Wash in 1958 and they spent the next 29 years raising their daughters in various military posts and communities. Owen is survived by his wife of 59 years, their two daughters, Claudia Schlagheck (James) and Janet Smith (Patrick); four grandchildren, Joseph (SJ) and Aaron Schlagheck and Alexandra and Coriston Smith. He was preceded in death by daughter, Ann Douglas Baker. Barbara's favorite tour of duty was the Monterey Peninsula, where Owen earned a Masters Degree in aeronautical engineering from the Naval Post Graduate School. He served his country with distinction, most notably in Vietnam, but it was tough to get him to talk about those accomplishments. His various service medals included the Navy Unit Commendation, Distinguished Flying Cross with Gold Star, Defense Superior Service Medal, Bronze Star Medal with Combat "V" and Gold Star and 32 Air Medals. After retirement, he worked several defense and civilian jobs. After complete retirement, he was active in the Experimental Aircraft Association, Chapter 186 where the friendships and expertise helped him realize his dream of building and flying his own plane. He will be forever remembered for his love of family (especially babies), patriotism, and passion for the skies. Burial at Arlington National Cemetery with Full Military Honors will be at a later date. In lieu of flowers the family suggests the Marine Corps Scholarship Foundation - 909 N Washington St., Suite 400, Alexandria, Virginia or a charity of your choice.
To plant trees in memory, please visit our Sympathy Store.
Published by The Washington Post on Jan. 28, 2018.
MEMORIAL EVENTS
No memorial events are currently scheduled.
To offer your sympathy during this difficult time, you can now have memorial trees planted in a National Forest in memory of your loved one.
MAKE A DONATION
Please consider a donation as requested by the family.
MEMORIES & CONDOLENCES
8 Entries
LtCol Baker was one of the best COs I served under while in VMA(AW)332 at MCAS Cherry Pt., NC. Semper Fi Sir.
GySgt Thomas Teuscher, ret.
December 19, 2020
My condolences for your loss. God will comfort you and help you. Matthew 5:4 and Psalm 86:17.
Frandsen
January 30, 2018
For the past 24+ years, we've been privileged to live across the street from O.C. and Barbara. He was always so interesting and fun to be around, with just a touch of the Marine Aviator's swagger.
Our hearts and prayers go out to Barbara and family.

"We shall meet, but we shall miss him."
Jim and Diane Kurtz
January 29, 2018
I was a bride's maid at Barbara and Owen's wedding at the Naval Academy. They were a devoted and happy couple always.
On the occasion of their fiftieth anniversary Barbara remarked how much they loved and enjoyed one another still.
Owen tours in Vietnam Nam were acts of patriotism and bravery I greatly admire the more so because I was in Vietnam Nam as a civilian and saw some of the territory his command patrolled. He was a loving husband, devoted father and defender of America.
January 28, 2018
We will always remember your deep love for Barbara and your girls. You will be missed. Bill and Ann
January 28, 2018
Colonel,
You were the best. Now, we all fly "West" soon, see you there.
V/R
Courtney
Maj.Courtney Payne, USMC, (Ret.)
January 28, 2018
May the God of all comfort strengthen the family during this time of deep sorrow. Those who pass on, God keeps in his memory because they are precious in his eyes. My sincerest condolences. (Psalms 116:15)
January 28, 2018
God has given us a life span of 70 and 80 years if we are strong. May you celebrate a life well lived and loved by many. Psalms 90:10
January 28, 2018
Showing 1 - 8 of 8 results