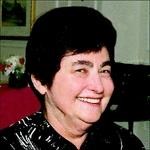 BORN
1949
DIED
2020
PATRICIA WARD
Patricia Ward, born on December 19, 1949, in Sydney, Australia, passed away on March 29, 2020, at the Washington Hospital Center, from complications resulting from a heart attack. She is survived by her husband Dave, sisters Leone, Janet, Elizabeth, Angela, and Selena. Her father, Leonard, mother Una, sister Diane, and brother Michael predeceased her. Patricia and Dave were married in Perth, Australia, in 1978, and Trish subsequently followed Dave to every one of his military postings, where she obtained employment each time, starting again at every new assignment and working her way up the organization. Patricia and Dave relocated to the US in 1986, where Patricia held many secretarial jobs of increasing importance until she became the office manager for a large local law firm. Patricia was a devoted wife who worked very hard at her job but also spent most of her remaining time caring for Dave (despite her ailments). Patricia was an avid and highly skilled knitter who made many lovely garments for friends and co-workers. She was unfailingly kind and thoughtful to everyone, and she will be missed by all who had the pleasure of knowing her, even her beloved wildlife around her home. Instead of flowers, donations can be made to any of the following organizations: Salvation Army, Veterans Moving Forward, and the Humane Society of Fairfax County Inc. Details of the memorial service will be provided later.
Published by The Washington Post on May 24, 2020.
To plant trees in memory, please visit the Sympathy Store.
MEMORIAL EVENTS
To offer your sympathy during this difficult time, you can now have memorial trees planted in a National Forest in memory of your loved one.
MAKE A DONATION
MEMORIES & CONDOLENCES
2 Entries
In loving memory of a wonderful person. We will love you and miss you always.
Patty Shaddinger
Friend
July 8, 2020
When I first met Trish in 07, I got hired at HDP as a mailroom clerk. As time went along we become good friends and talking. At some point she was hired as our office manager for the firm and did a great job with planning fun activities around the office. Then she took a chance on me and gave me a position in accounting and excelled. If it was not for Trish I wouldnt have the skill set I have now. I have lost a good friend and coworker. The family has my deepest condolences for her loss. Rest in heaven my friend!
Jessie Calfee
Coworker
May 29, 2020
Showing 1 - 2 of 2 results