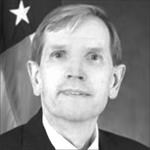 PAUL FRANCIS SCHUDA
Died in a plane crash on December 16, 2017 in Indiana. He was born on April 28, 1952 in Pittsburgh, PA and was 65 years old. He was a long time member of the U.S. Civil Air Patrol and had worked for the National Transportation Safety Board (NTSB) for more than 20 years as the Director of their Training Academy in Ashburn, VA. Prior to the NTSB he worked at the Environmental Protection Agency where he received a Gold Medal for Exceptional Service for his work on endangered species. He also worked at Merck Inc. Paul had a PhD in synthetic organic chemistry, obtaining his undergraduate degree and PhD at the University of Pittsburgh. He did his postdoctoral work at MIT. Paul lived in Arlington, VA for more than 20 years and spent a lot of time adding to and renovating the family home, installing hardwood floors, ceramic tiles and kitchen cabinets. He created a "movie theater room" with stadium seating and a large screen that the family spent many happy hours in. He enjoyed trips to the family vacation home on Marco Island, FL and was planning to relocate there after he retired. He is survived by his wife, Laurie Clough Schuda; his son, Christopher Lloyd Lewis; his daughter, Stephanie Marie Schuda, and his two sisters, Mary Jo Melancon and Theresa (Terri) Schuda. A memorial service for Paul Francis Schuda will be held at Saint John the Beloved Catholic Church in McLean, VA on Thursday, December 21 at 11 a.m.
To plant trees in memory, please visit our Sympathy Store.
Published by The Washington Post on Dec. 20, 2017.
MEMORIAL EVENTS
No memorial events are currently scheduled.
To offer your sympathy during this difficult time, you can now have memorial trees planted in a National Forest in memory of your loved one.
MAKE A DONATION
MEMORIES & CONDOLENCES
16 Entries
God bless Paul and his family. Even though we had not seen each other in years he was a great man and is missed. Rest In Peace old friend and classmate
Frank Polito
Classmate
December 14, 2019
Upon returning from a trip out West we heard about the most untimely passing of Paul. Our thoughts and best wishes are with you and family during this difficult time. (Ted & Virginia, your 40th St neighbors).
Ted & Virginia Krohn
December 31, 2017
I was Paul's final flying student, he got me through my instrument rating this past June. He was a superb aviator and so patient with my little overloaded brain. I was his and Lou's pet project and they were both kind and generous beyond words.

I will carry them both on my shoulder as small voices of wisdom and thoughtfulness. I have no idea what happened in that cockpit over Indiana, but I know that great aviators perished there and I am humbled to be even a tiny part of what they left to go forward.
Timothy Cote
December 23, 2017
The Schudas were our next door neighbors and our second family growing up. Paul & I went through elementary & hi school together. He, Laurie & his family were helpful & generous when our son transitioned to government service. To his family: our prayers that you will be comforted by memories of a truly good person.
Pat Yarnot Fedele
December 22, 2017
We are deeply saddened by the loss you have suffered. You are in our thoughts and prayers.
David, Flora, and Charles Painter
December 22, 2017
Dr. Schuda's family--I was in shock hearing of Dr. Schuda's passing. My thoughts and prayers are with you all. God bless all of you during this difficult time.

Dr. Phuong Le Callaway
San Antonio, Texas
Phuong Callaway
December 21, 2017
Paul was the rarest of men, thoughtful, kind and brilliant.....tremendous sympathy to his family and many friends...I am so glad he came up for the Canevin reunion a few years ago, many people saw him for the first time in over 40 years, enjoyed talking to him and learning what he was up to. May he rest in peace, he will be missed by many...
December 20, 2017
Dear Schuda Family:
I was shocked and saddened to learn of your loss. Paul was a thoughtful, caring and steadfast friend through high school and college. He was a friend who would truly give you the shirt off his back, if you needed it. His friendship never wavered. The world has lost a brilliant, compassionate and respected man. You are all in my thoughts and prayers.
Sincerely,