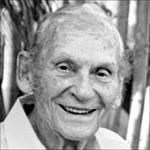 Phil and I had been in only sporadic touch in recent years, but I have always thought of him with affection. I first got to know him in about 1988, when he conducted a weekend retreat near Baltimore about liberation theology as it applies to our lives in the US. I found it very meaningful. As I recall, a number of people participating were part of the sanctuary movement (as I was then). The following summer, I went on my first trip to Nicaragua with a Casa Baltimore/Limay delegation; we attended the Thursday morning protest at the US Embassy, where there was a fairly big crowd - and there was Phil! It was a nice reunion for us. Then we had contact from time to time when I worked at Nicaragua Network; he would stop in to chat and talk about the situation in Nicaragua. He was a good man, very dedicated always to the country and the work he was doing there.
Barbara Larcom
Acquaintance
May 20, 2020
Father Wheaton was another father for me. I had known him since I was 5 years old while attending "San Marcos" the school he founded in Haina, Dominican Republic.
At the tender age of 14, I was brought to the United States with two other young people to live with American families since schools were closed due to the 1965 Revolution. I remained in Brockport, NY, after my other two compatriots returned to the Dominican Republic. This move to the USA provided me with a family with whom I am still in contact and love and with my best friend, Vicky, even though she is now living in the Dominican Republic.
Father Wheaton not only opened a new world for me and my family (most of them now live in the USA) but in moments when I was alone and thought I couldn't make it anymore, he was there to support and guide me.
His family has been a family to me, even though I don't see them often but each of them represent the gifts and love this wonderful man showered to me and my family; not just my parents, brothers and sisters but also to my immediate family: my ex-husband and three children.
His dedication to serve those in need has influenced my life!
I will miss him so very much but today, I try to pass forward what he gave me: an obedience to our Lord, energy to learn as much as I can about others and then to serve them with unconditional love.
May you rest in peace and thank you for taking me under your wings!
I love you! Mara (Xiomara Manon Boyce)
Xiomara Boyce
Family
May 20, 2020
I remember meeting this gentleman 37 years ago, when he walked into the Latin American Youth Center located @ 3045 15th Street, NW. looking for his daughter Lisa - Tall gringo with a great smile speaking perfect Spanish with a friendly, and kind personality. Rest In Peace Rev. Wheaton. Millie Perez
Mildred E Perez
Acquaintance
May 18, 2020
Although I know Phil's daughter, Rebecca, and believe I have some sense of the man through her, I my life seems the poorer for not having met Phil. I share his family's grief.
Ken Burton
May 18, 2020
I have such fond memories of Phil. I will always remember the loyalty he had towards his family and friends. Phil, Sue, my father Louis and my late mother Dolores go back many many years (I believe since the late 70's). Through think and thin Phil and Sue have always stood by our family's side and for that I will be forever grateful. My husband and I are sending our deepest sympathy to the Wheaton family. Phil will love on in them, and the work that he did for people all over the world.
Emma Wolf Bonsignore
May 18, 2020
Phil Wheaton has been a true hero of mine since the day I first met him in late 1978 and am so fortunate to grow to know and love him and his devoted wife Sue closely.

The depth and breadth of his knowledge and commitment about this country and the global community knew no bounds.

Phil's sense of humor was so real, no pretend, no pretense. His laugh was raucous and contagious.

When Phil shook your hand, it was at one time gentle but firm, nearly like a vice.

To say he will be greatly missed does not come close. Yet, his legacy will live forever.
Louis Wolf
May 18, 2020
Louis Wolf
Friend
May 18, 2020
I met Phil through Sue. I wanted to learn Spanish. Sue invited me to her house for her Spanish group's dinner. From that first contact with Phil, I found his smile very welcoming and I felt I met a new friend. When I discovered that every year the family went to Nicaragua, I ask to go and was told yes. Phil was very kind to me on the trip. He introduced me to Jinoquao and tried to help me with my Spanish (Phil was very patience). I will never forget the trip and I will never forget Phil and his teachings. My condolences to the family and my prayers are with you all.
Vivian Omagbemi
Friend
May 18, 2020
We owe you so much! You brought Mara to Brockport, and because of you, we all have been blessed. Thank you Padre Wheaton.
Mirquella Bartels
May 18, 2020
A truly great human being. Imposing, amusing, commanding, engaging, loving, compelling. Could go on and on. Phil authored many books but put ideas into action. With love and respect, Pat Powers and Tom Harvey
May 18, 2020
Showing 1 - 22 of 22 results