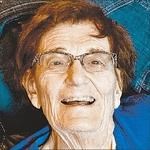 BORN
1937
DIED
2021
FUNERAL HOME
Hines-Rinaldi Funeral Home
11800 NEW HAMPSHIRE AVE
Silver Spring, MD
REBA RENEE HEYMAN  (née WATSON)
Died June 17, 2021 in Washington, DC. Born March 30, 1937, in Tempe, Arizona, she grew up in Chevy Chase, MD and graduated from Bethesda-Chevy Chase High School in 1954. She attended the University of Michigan and earned a degree in Political Science from the University of Maryland in 1958. Reba married Victor Heyman in 1956 and settled in Rockville, MD, where they raised four children. In 1980, she and her husband founded Heyman Mailing Service, an early innovator in targeted political and commercial mailings. After 52 years of marriage, he preceded her in death in 2009.  Reba and her husband were well-known and beloved supporters of folk music, locally and nationally, and patrons of local live theater. She is survived by her four children, Steven (Alison Kate Baldwin), David (Ellen Sussna-Heyman), Richard (Maria Vanoni), and Judith; three grandchildren; one great-grandchild; and brother, Matthew Watson. A memorial concert in Reba's memory is being planned for later this year. Contributions in her memory may be made to FocusMusic (focusmusic.org) or Olney Theatre (olneytheatre.org). Arrangements handled by Hines-Rinaldi Funeral Home. 11800 New Hampshire Ave. Silver Spring, MD 20904.
To plant trees in memory, please visit our Sympathy Store.
Published by The Washington Post on Jun. 24, 2021.
MEMORIAL EVENTS
No memorial events are currently scheduled.
To offer your sympathy during this difficult time, you can now have memorial trees planted in a National Forest in memory of your loved one.
Funeral services provided by:
Hines-Rinaldi Funeral Home
MAKE A DONATION
MEMORIES & CONDOLENCES
1 Entry
It's been a few weeks since Reba's passing, and I'm surprised nothing had been said here by now, so allow me to offer a few words. Reba, along with Vic, made a contribution to the presentation of folk music that's being carried on by many others, but they started it, and they showed us how it's done. Those of us who remain should be grateful for the doors they opened, and the opportunities they provided to the many performers who they staged. We've been missing Victor for 12 years already. Now, we'll miss them both. May their memories be for a blessing.
Len Jaffe
Friend
July 8, 2021
Showing 1 - 1 of 1 results