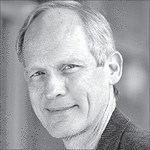 PARKER Richard Watson Parker (Age 65) Of Washington, DC died suddenly on Sunday, October 3, 2021. He was the loving father of Claire Parker and Ellida Parker of Washington, DC; beloved husband of Edith Cecil of Washington, DC; Professor of Law at the University of Connecticut; and passionate advocate for environmental regulation. Richard Watson Parker was born in Dallas, Texas, to George Parker and Ann Sadler Parker. He grew up in Edinburg, Texas, just north of the Mexican border, where he attended public schools. In 1978, he received a B.A. degree in Politics from Princeton University and was elected as a Rhodes Scholar. He received a D. Phil. in Politics from Oxford University in 1982 and a J.D. degree from Yale University in 1985. He worked at the Office of the U.S. Trade Representative, the Environmental Protection Agency and the law firm of O'Melveny and Myers prior to his appointment in 1995 as Professor of Law at the University of Connecticut, where he taught and wrote in the fields of environmental law and administrative law. He served as consultant to several national and international organizations, including the European Commission on the Trans-Atlantic Trade and Investment Partnership talks, and participated in the work of the American Bar Association, most recently as Chair of the Environment and Natural Resources Committee in the Section on Administrative Law & Regulatory Practice. His areas of expertise included negotiated rulemaking, regulatory cooperation and the use of trade leverage to advance environmental goals. Richard was a man of varied interests who thrived in long discussions of politics and policy. He loved tennis, long hikes in the mountains, bike rides in Rock Creek Park and sitting on the front porch with friends and family telling stories and soaking in the world around him. Most importantly, Richard was a devoted, present and loving father and husband. He was always someone his friends and family could count on for support, counsel and a good laugh. He will be greatly missed. Survivors include his daughters, Claire Parker and Ellida Parker; his wife, Edith Cecil; his stepdaughter, Eloise Stancioff; his brother Daniel Parker and sister-in-law Julie, sisters Genny Abbott and Peggy Parker and brother-in-law Kurt Abbott; his ex-wife, Sarah McNamer; members of the Parker, McNamer, and Cecil families; and his friends, colleagues, and students. There will be a private memorial service. In lieu of flowers, please consider sending a donation to the Natural Resources Defense Council. Condolences can be sent to [email protected].Condolences">[email protected] can be sent to richardp[email protected]
Published by The Washington Post on Oct. 10, 2021.
To plant trees in memory, please visit the Sympathy Store.
MEMORIAL EVENTS
To offer your sympathy during this difficult time, you can now have memorial trees planted in a National Forest in memory of your loved one.
MAKE A DONATION
MEMORIES & CONDOLENCES
5 Entries
Sending condolences and best wishes to Richard's family from the Heinrich family
Martin Pablo Heinrich
Friend
October 17, 2021
Sending condolences during this difficult time to Edie and family. Will never forget the joy at their wedding.
Nancy Overholt
Friend
October 13, 2021
Please accept my most sincere condolences. I worked with Richard in government and academia. His energy, enthusiasm, wit and curiosity will be sorely missed. My thoughts are with all in his family. Dan Magraw /*
Daniel Magraw
October 12, 2021
I am very sorry to find out that Professor Parker died. He was my favorite law professor. He supervised my thesis paper on outer space law for his seminar on international environmental law, and it was fun. At my graduation, he talked to my family and said that I had "convinced" him that outer space law was a part of international environmental law. This is the title of my paper: International Toxic Torts Caused by I.F.O.s (Identified Flying Objects). I graduated from the University of Connecticut School of Law in May of 1999. I loved his classes (I took all of them), and enjoyed him as a professor and his stories. I always got clear, useful notes from his lectures, which impressed me. He was a nice person - not some unapproachable, terrifying, big-bad law professor. That made it relaxing and easy to learn about the law from him.
Stephanie C. Fox
School
October 11, 2021
RIP Dick.
Frank Titus
Friend
October 10, 2021
Showing 1 - 5 of 5 results