Published by The Washington Post on Mar. 29, 2015.
To plant trees in memory, please visit the Sympathy Store.
MEMORIAL EVENTS
To offer your sympathy during this difficult time, you can now have memorial trees planted in a National Forest in memory of your loved one.
MAKE A DONATION
MEMORIES & CONDOLENCES
11 Entries 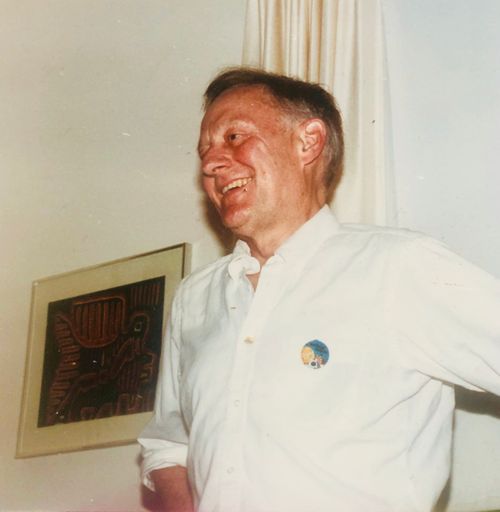 February 25, 2021
Uncle Richard will long be remembered for his intelligence work at the agency and for his energy and joy in life. May God's grace extend to you and your family, Aunt Patty.
Ann Kirchgessner
April 22, 2015
Pat, Blanchon/Ducich clan is holding you close in our hearts and minds. I miss Dick already. Sending much love your way, Don
April 1, 2015
Dick was always a joy to work with. No matter the challenge at hand, he had the solution. He could always be trusted as the expert. It was so rewarding to experience the joy he brought to his job each and every day. I am grateful for being counted as one of his friend.
Bill Hogan
March 31, 2015
Pat,

Dick's many friends in the National Geospatial-Intelligence Alumni Association (NGAA) are deeply saddened on hearing of his death. We send our deepest condolences; you asnd your family are in our thoughts and prayers.

Dr. Randall held a vitalposition in the Agency and was acknowledged for his contributions by being inducted into the NGA Hall of Fame.
Ange Meoli
March 29, 2015
My husband and I knew Richard Randall while serving together in various capacities in the American Congress on Surveying and Mapping as well as in other cartographic organizations. He was a super colleague who always worked for the best in the society. His work with the Board on Geographic Names was a considerable contribution. Earlier work in US government cartographic activities also were among those of significance for the time period. We send our sincere condolences to his wife Pat and the rest of his family. He was someone whom we always enjoyed seeing.
Alberta A. and Clifford H. Wood
March 29, 2015
Pat and family, I was shocked and saddened to see Dick's obit in the paper this morning. I have SUCH fond memories of the NIAID press office, and it was so much fun to run into you and Dick, and catch up at the Cosmos Club Explorers Club event.
big hugs and all my sympathy,
Sandy
March 29, 2015
My dear uncle meant so much to me. He still does and always will. Thank you, God, for the opportunity to be close to man with such a rare balance of intellect, energy and love.
Rick Randall
March 29, 2015
May Dr. Richard Rainer Randall rest peacefully in God's arms. To Mrs. Patricia Randall, Allison, Susan, Richard and family, Dr. Randall will always be thought of his faithfulness in singing in the Cleveland Park Congregational Church Choir. Blesssings, John Wesley Reed Jr., former Minister of Music.
March 29, 2015
Farewell, Uncle Richard.
David Randall
March 29, 2015
I had the distinct honor of working with Dr. Randall while he was the Executive Secretary of the US Board on Geographic Names. He was the ultimate professional and helped me in my work in the International Office for several years. My thoughts are with his family!!
Thomas Ryefield
March 28, 2015
Showing 1 - 11 of 11 results