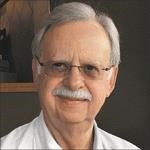 BORN
1945
DIED
2021
FUNERAL HOME
Joseph Gawler's Sons, LLC
5130 Wisconsin Ave NW
Washington, DC
Robert Harold Ratcliffe  (Age 76)
Died of complications from cancer at his home in Bethesda on September 10, 2021. Bob was a beloved, caring, brilliant man with an outstanding sense of humor. He is deeply missed by his loving family and friends, all of whom had come to rely on his wisdom, advice, companionship and laughter through the years. Bob was born on May 26, 1945, in Jackson, Mississippi. He spent his early childhood in Ankara, Turkey; Charlottesville, Virginia; and other places before his family settled in Bethesda in 1957. Bob attended Landon School, where he made life-long friends, and went on to receive degrees from Trinity College and the Fletcher School of Law and Diplomacy. In 1968, he enlisted as an officer in the U.S. Army Medical Service Corps and served in Vietnam and Germany, where he met Michelle. They married in 1971, several months before Bob was discharged. After the Army, Bob enrolled in law school at Boston University and started work as a lawyer with the Federal Communications Commission in Washington in 1975. His sons, Michael and John, were born in 1977 and 1980. In 1982, the family moved to a home in Bethesda that Bob spent years skillfully improving and maintaining. In 2014, he retired from the FCC as a distinguished member of the Senior Executive Service. A lawyer by profession, Bob also had a vast knowledge of carpentry, electronics, cars, and, as far as family and friends could tell, nearly everything else. Computers, amateur radio, movies, cribbage, photography, and, most recently, his electric car were favorite hobbies. Most of all, he loved spending time with family and friends, telling stories, sharing meals, and, especially, laughing. Survivors include Michelle M. Ratcliffe, his wife of 50 years; sons Michael L. Ratcliffe (of Bethesda) and John K. Ratcliffe (of New York); cousins Anna Smith, Vincent DiFabio, Janet Coren, Yolanda Copley, Christopher Chancellor, and their families; and many wonderful friends and neighbors. A memorial service will be held at Joseph Gawler's Sons on October 9. Those wishing to make a remembrance are requested to make a donation to Doctors Without Borders, one of Bob's favorite charities, in lieu of flowers.

Published by The Washington Post on Sep. 26, 2021.
To plant trees in memory, please visit the Sympathy Store.
MEMORIAL EVENTS
To offer your sympathy during this difficult time, you can now have memorial trees planted in a National Forest in memory of your loved one.
Funeral services provided by:
Joseph Gawler's Sons, LLC
MAKE A DONATION
Please consider a donation as requested by the family.
MEMORIES & CONDOLENCES
5 Entries
I am so sorry that Bob has passed away. Like so many others, Bob was (unbeknownst to him) a mentor to me , and I will always be grateful for his incredible wisdom, patience, and perspective. My mantra was, when in doubt, ask Bob. Such a wonderful human being. I loved reading about all his outside, radio-related and other interests.
Susan O´Connell
Work
October 14, 2021
I am so sad and sorry for your great loss. Bob was onw of the most wonderful men I have been fortunate to meet and share lunch and laughter with.
Austin O'Connor
Work
September 29, 2021
I'm heartbroken to learn of Bob's passing, but expect he's upstairs somewhere in heaven telling great stories and making great laughter. Bob was particularly helpful to me when my daughter was going through one of the worst periods of her health issues and went out of his way to help me get her an appointment with a specialist, and he always went out of his way to check in with me to see how both of us were doing. I don't think I've met a more caring and compassionate man. I will always treasure the time I had with him in the Media Bureau.
Nancy Murphy
Work
September 27, 2021
I am so sorry to hear of Bob's death. I worked with Bob at the FCC, and he was a brilliant caring person, who never failed to give good advice. He would have coffee in the mornings in the cafeteria and I'd try and catch him there to give me his opinion on a particularly thorny subject. He had a great sense of humor too. He was a wonderful person. So sorry for your loss. Mania Baghdadi
Mania Baghdadi
Work
September 26, 2021
RIP
Frank Titus
Friend
September 26, 2021
Showing 1 - 5 of 5 results