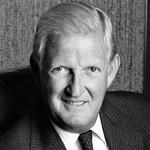 ROBERT MICHAEL ROSENTHAL (Age 91)
Died peacefully at home on May 26, 2019. A native Washingtonian, he is survived by his loving wife of 67 years, Marion Rosenthal and his daughters, Brooke Peterson of Sun Valley, Idaho, Jane Cafritz of Washington, DC and Nancy Rosenthal of New York City. In addition, Bob had three beloved grandchildren, Robert Peterson, Katherine Peterson and Nicholas Cafritz. When Bob Rosenthal opened his first Chevrolet dealership with his father, Harry Rosenthal in 1954, he set the foundation on which he built one of the largest automotive organizations in the United States. He had a lifelong passion for cars and was dubbed "the Patriarch" of Washington area auto dealers by the Washington Post. His life was also celebrated as the patriarch of his large family in which he included so many friends, employees and business associates. Always a generous and caring spirit, he improved the lives of many in both his personal and professional worlds. Early in his career he was a member of the Young Presidents Organization and served on the board of First Virginia Bank (now BB&T), The Washington Airport Authority and the National Automobile Dealers Association. His philanthropy extended to many cultural, educational and medical institutions. Bob was a visionary in the car industry in many ways, in particular one of the first to import Japanese cars in the early 1970's. Among many awards, he received the Time Magazine Quality Dealer Award in 1977. At the time of his death, all the dealerships continue to flourish under the leadership of his two grandsons, Nicholas and Bob. In his personal life, Bob collected and lovingly restored over 36 museum quality vintage cars. He also prized his wonderful collection of Woodies from the 1930's and 40's. During the 1950's, he fulfilled another great passion sponsoring the first independent corvette race team in the country. He was an avid fisherman, sailor and golfer and cherished time spent with his family on Nantucket. The family asks that Memorial contributions be made to the Nantucket Conservation Foundation or Children's National Medical Center. Interment is private. A memorial service will follow in the fall.
Published by The Washington Post from May 30 to Jun. 1, 2019.
To plant trees in memory, please visit the Sympathy Store.
MEMORIAL EVENTS
To offer your sympathy during this difficult time, you can now have memorial trees planted in a National Forest in memory of your loved one.
MAKE A DONATION
MEMORIES & CONDOLENCES
Sponsored by Nancy Rosenthal.
19 Entries
What a wonderful and caring Man! I miss him
Fernando Lacayo
Friend
May 24, 2020
Indeed is a terrible loss. I had the pleasure of meeting Mr. Rosenthal at the S club many years ago and I will cherish his advises and gentleman style!
Fernando Lacayo
August 19, 2019
I am shocked and saddened to learn of Bob's passing. I am so terribly sorry. Bob was a true gentleman and always a pleasure to be with Bob and Marian. Wonderful memories with them. Bob and Marian were the perfect couple.
Janice Kettle
August 17, 2019
What a huge loss to the family and the Automotive industry. To the family my condolences, and to the many people he employed we know how much of a loss this is.
DeWayne Noble
August 13, 2019
Condolences from an old friend
John Ticktin
June 7, 2019
My condolences to Mr. Rosenthal's family. He hired me when I was a young man as the fleet and lease manager at his Chevrolet store in 1971. He was the best automobile man I ever knew and I still utilize the principals he taught me even though I am no longer in the automobile business. He will be missed by all who knew him.
Andy Spector
June 4, 2019
Rest in peace Mr. Rosenthal.

"May God comfort you among the other mourners of Zion and Jerusalem."
My condolences on the passing of Cousin Bob. He was always "larger than life" to me. May his memories be your blessings. Pass his legacy on to the next generation. All my Love & Peace, Cousin Robin Dinsmore
Robin Dinsmore
June 1, 2019
My condolences to Marion and the family. Bob will be missed by many. My husband, Jim Ricca, said he felt like they were brothers. They had a lot of good times.
Linda Ricca
Linda Ricca
May 31, 2019
My condolences to the family for the loss of your dear loved one. Everything your loved one was...kind, loving and thoughtful will live in the hearts and memories of those that loved them. May these memories comfort you during your grieving process.
May 31, 2019
I worked for Mr. Rosenthal for many years. I am sorry for your loss. He was a great guy.
Isaazetta James
May 31, 2019
RIP Mr. Rosenthal What a Great Boss you were to me. I have wonderful memories of working for you Geneva Management as your Receptionist and all your kindness to me, what a Class Act and Generous person you were. My Heartfelt Sympathy to Mrs Rosenthal, Brooke, Jane, Nancy and Family. Love Peaches
May 31, 2019
What a wonderful man! A gentle giant! I was fortunate to know him through Jim McKay, my boss for over 30 years. The two of them were a hell of a team! He will be deeply missed. My condolences to the Rosenthal family. May you all take comfort in his legacy.
With deepest sympathy, Patti Chartier
May 30, 2019
My family and I knew Mr. Rosenthal for many, many years. I worked for him at one of his numerous automobile dealerships and he was a true pioneer in business. He and his professionalism and acumen will be missed. He was a great man.
Larry Marseglia
May 30, 2019
Dear Marion and family, I'm so very sorry to hear this sad news and send my deepest sympathy and love to you all. One of my fondest memories of Bob was sitting with him in the hospital lobby as he waited for a test, and he started speaking to a young handicapped girl sitting near us in a wheelchair. She couldn't reply but smiled and giggled as he brightened her day. He was such a kind, warm and generous man, and will be missed by so many. He made the world a better place.
Molly Murray
May 30, 2019
I remember as a little girl when my father said Louise we need a new car, lets go Our old Ford was 15 years old. Mom, still wearing her apron and sneakers got in the car and off we went. We went to Peck on Wilson and sat a long time. No salesmen would even look at us. I guess we looked like the Ma and Pa Kettle family. So we left and went to Rosenthal. Well, everyone was so nice to us we picked out the new Chevy. When it came time to discuss payment, mom got out her checkbook and wrote a check and then we all piled in our new car and went home. This sums up MR Rosenthal and his business. My mom would not go anywhere else.
Roberta Price
Friend
May 30, 2019
I am very sorry for your loss and wish to send my sincere condolences to your family at this very sorrowful time. May drawing close to God in prayer bring you comfort and peace. 2 Cor 1:2-4
May 30, 2019
Dear Marion we are so deeply sorry for your loss. Bob was an incredible person and wonderful soul. The memories of Bob, George, Ursula and you are stuff of legend. We hold you all in our hearts and in our prayers at this difficult time. Much love, Chris & AJ Andreas
May 30, 2019
A giant! A super person, husband, father, grandfather, community leader, boss and for me, a friend. Someone to look up to and someone I will miss...
Tim Radigan
Friend
May 30, 2019
Showing 1 - 19 of 19 results