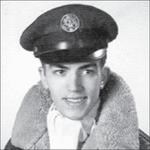 BORN
1932
DIED
2021
FUNERAL HOME
Everly-Wheatley Funerals and Cremation
1500 W Braddock Rd
Alexandria, VA
Stephen G. Dakes (Age 89)
A Certified Public Accountant, who at one time had offices in Arlington, Fairfax, Alexandria and Maryland, passed peacefully on September 13, 2021. Steve was born in New York and came to Virginia in 1944. During the Korean War, he served in the US Air Force then returned to Civilian life and graduated from college with a degree in Accounting. Shortly thereafter, he was offered a job as an FBI agent, but declined it in order to continue his Accounting career. In 1961, he became a Partner in the Firm he worked for which was then renamed Brown, Dakes, Johnson and Watkins, and eventually Brown, Dakes and Wannall, having at one time a professional staff of 35 employees. Mr. Dakes retired in 2000 after 45 years, having served as Senior Partner. His wife and true love of his life for 61 years, Betty Mantzouris Dakes, predeceased him in 2016 where they were long time residents of Lansdowne Woods, a retirement community. Survivors include, three children George Dakes (Laura), Michael Dakes (Theano) and Stephanie Dolan (Tim); five grandchildren, Amy, Stelios, Maria, Brittany and Stephen, Brother Mike Dakes (Diane); brother-in-law Nicholas Mantzouris (Angela), and numerous nieces and nephews. Steve truly blessed those who knew him as he touched so many lives with his kindness and compassion. Though his accomplishments were many, he was never one to seek praise or adoration. He was a devoted family man, whose love for God, his wife, family and friends knew no limits. The Funeral Service will be held at 10 a.m. on Tuesday, September 21, 2021 at St. Katherine Greek Orthodox Church, immediately followed by a 12 p.m. Interment service at National Memorial Park. In lieu of flowers, contributions can be made in honor of Stephen G. Dakes to St. Katherine Greek Orthodox Church, 3149 Glen Carlyn Road, Falls Church, VA 22041 or the Capital Caring Adler Center 24419 Millstream Drive, Aldie, VA 20105.
Published by The Washington Post on Sep. 17, 2021.
To plant trees in memory, please visit the Sympathy Store.
MEMORIAL EVENTS
Sep
21
Funeral service
10:00a.m.
St. Katherine Greek Orthodox Church
3149 Glen Carlyn Road, Falls Church, VA
Sep
21
Interment
12:00p.m.
National Memorial Park
VA
Funeral services provided by:
Everly-Wheatley Funerals and Cremation
MAKE A DONATION
MEMORIES & CONDOLENCES
2 Entries
My deepest sympathies to the family. I knew the Dakes family in the early 1960s when St Katherines first started. Zoe se mas.
Georgia Dimitras
Friend
September 21, 2021
My sincere and heartfelt condolences to Steve's family on his passing. He was a most considerate partner and friend to me and Hermina. A real pleasure to work with. May he rest in peace. God bless!
Herman and Hermina Nobrega
September 17, 2021
Showing 1 - 2 of 2 results