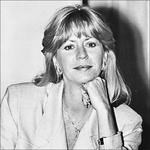 FUNERAL HOME
Murphy Funeral Homes
4510 Wilson Boulevard
Arlington, VA
STOUT SUSAN MARY STOUT Beloved wife, mother, grandmother, aunt and friend, Susan Mary Stout, passed away peacefully at home on Friday, November 3, 2017. Susan was born to Joseph and Juanita Schweikhart on November 12, 1942 in Cincinnati, OH. She was the younger sister ("The Brat") to Lt. Col. Richard Schweikhart ("The King"), with the two remaining extremely close throughout their whole lives. Ever the one to push boundaries and defy convention, Susan was a precocious child, constantly coming home with all sorts of snakes and others animals in her pockets and entertaining her mother's clients in their in-home beauty salon. Susan overcame long odds in her life with determination and grace. At a young age she contracted polio and was told she would never walk again. Susan proved everyone wrong. Following over more than a year in a full body cast, she not only walked again but went on to live a full and active life, including many, many rounds of golf with her family and friends. Later in life, Susan stared down and defeated cancer four different times. Susan enjoyed as much success in her professional life as she did in her personal life, spending her entire career working in and with government. After working in the Ohio Governor's Office, Susan moved to Washington, DC to work in the United States Congress. In 1983 she joined the American Meat Institute as Director, Legislative Affairs. From 1990 until her retirement, Susan served as Vice President, Federal Affairs for the Grocery Manufacturers of America (GMA). At GMA, she worked closely with member company government relations executives in presenting GMA's views to Congress and the Administration. She was a tireless and effective advocate, building many strong bipartisan relationships and was well recognized for her collaboration with industry groups. Throughout her career, Susan also served as an inspiration and mentor to many, particularly to young women. Susan was a force of nature, known for her incredible intelligence, strength, determination, loyalty and love. Her easy-going smile and simple grace brought everyone closer to her - the only people that didn't count her as a friend were those that she had not yet met. Susan is survived by her loving husband, Bill; her children Brian (Jennifer), Todd, Randy and Michelle; her grandchildren Lily, Isabel, Joshua and Jeffrey; her father-in-law William, Sr.; her sister-in-law Sandy (Loring); her nieces and nephew Ashley, Joey, Halle (Geoff) and Laura; and her grandnephews Jaxon, Cyrus, Jaden and Trey. Per her request, no funeral services will be held. Susan was loved by so many and her memory, her inspiration and her love will always live on with her family and friends.Susan was loved by so many and her memory, her inspiration and her love will always live on with her family and friends.
Published by The Washington Post on Nov. 12, 2017.
To plant trees in memory, please visit our Sympathy Store.
MEMORIAL EVENTS
To offer your sympathy during this difficult time, you can now have memorial trees planted in a National Forest in memory of your loved one.
Funeral services provided by:
Murphy Funeral Homes
MAKE A DONATION
MEMORIES & CONDOLENCES
16 Entries
I am so saddened to hear of Susan's passing She was a dear person and role model for me and for many. I will miss her wonderful humor and cheerful laugh. Wishing Bill and kids God's peace and healing.
Barbara Hiden
November 29, 2017
Bill, Brian and Todd: I just learned of Susan's passing. I'm so very sorry. In short, she was the best boss I ever had. I rely every day upon the lessons she taught me and the example she set. May she rest in peace.
David Stafford
November 21, 2017
Bill & Family,

Judi and I are very sorry to hear of your loss. We are thinking of you, and you are in our prayers.
Barrie Spessler
Barrie Spessler
November 20, 2017
Bill, I am so saddened to hear of Susan's passing. She always impressed me as a vibrant, energetic, enthusiastic woman. Her energy and positive spirit will be missed. In the days ahead, I hope you can move forward knowing that you did all that you could for her, and that she always knew how much you loved her.
Don Jeanes
November 14, 2017
Our sincere condolences and deepest sympathies to you, Todd and Brian for the passing of Susan. She was a courageous and special lady. Hopefully, loving memories of her will bring you peace, comfort and strength in the days ahead. Our thoughts and prayers are with you.
Barry and Sharon Chamberlin
November 13, 2017
Bill and Family,
So sorry to hear of the loss of your devoted wife. My thoughts and condolences are with you and your family.
Lynne Lilly
November 12, 2017
Keeping the Stout family in my thoughts during this time of loss. Sincerely, Donna Honeywell
Donna Honeywell
November 12, 2017
I was very sorry to hear of your loss. I really enjoyed working for Susan several years ago on National Uniformity. We spent quite a bit of time together and from time to time our conversation would move away from work and into life issues. She adored her children and Bill and would speak fondly of all of you. She was a wonderful woman who made a huge contribution to our world and profession. Mike Torrey
Mike Torrey
November 12, 2017
My condolences for the loss of your loved one. Keeping in mind the scriptural hope of everlasting life can help to sustain you during this difficult time.-John 17:3.
V S
November 12, 2017
Bill, I deeply regret your loss. She was such a courageous lady. My thoughts are with you and your family.

Ron Schaaf, (Lansdowne, VA.
November 11, 2017
Bill, Brian, Todd and family,
I am sorry for your loss. Susan had the kindest heart and it lives on in her family.
Our thoughts are with you.
Laura & Clint Crenshaw
Clint Crenshaw
Friend
November 10, 2017
Bill, Todd, Brian -- I've just now learned of Susan's passing, and i can't tell you how sad it makes me. Susan and I worked together on issues, fundraising, etc. for over 30 years, and I truly value being fortunate enough to know her. i can honestly say i never laughed so hard as when I was hangin' with your mom and dear wife. My heartfelt sympathies are with you. Steve Kopperud
November 10, 2017
Bill, I don't know where to begin, I am so sorry for your loss. Knowing both of you through our "Congressional golf tour" and the many rounds we shared at WGCC is the basis of my memories of Susan that I will always carry. Please know you and your family are in our heart and prayers.
Dan Cohen
November 10, 2017
Bill we are very sorry for your loss and sad to hear the news. Susan was a wonderful person. Deepest sympathies, David & Vanessa Forsythe
david forsythe
November 10, 2017
I am saddened to learn that Susan has passed. It is a loss to all who knew her. I know how courageously she fought this disease for so many years, and how closely Bill supported her throughout her illness. She is in God's hands now, and no longer faces the suffering and limits of her earthly life.
Lance Hackett
November 10, 2017
Bill and family,
I knew Susan as a fellow lobbyist and always enjoyed her intelligence and cheerful demeanor. So sorry for your loss and ours.
Please know our thoughts are with you all.
With deepest sympathy,
Burt
Burt Rosen
November 10, 2017
Showing 1 - 16 of 16 results