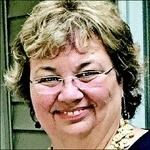 WINCHELL Susan Anthony Winchell (Age 62) Of Silver Spring, MD passed away on March 18 in her brother-in-law's Reading residence. Born in Kingston, NY, she was a daughter of Anthony and the late Harriet (Sultzer) Winchell. She was a graduate of Horace Greely High School, Chappaqua, NY in 1974, and received a Bachelor of Science degree from the College of Wooster in 1978 where she majored in sociology with a minor in Religion. After college, Susan worked for the Home and School Institute, Women and Professional Business Clubs and The Bomstein Gura Agency Returning to school, Susan earned a JD degree from the Marshall Wythe School of Law at the College of William and Mary in 1988. After obtaining her law degree, Susan worked for the U.S. Department of Education in the Office of General Counsel, initially in the general administration division. Two years later she joined the ethics division and remained in that department until 2006. In 2007 she became the associate counsel for the Office of Government Ethics. Susan capped off her career as the Senior Executive in charge of the Ethics Program at the US Department of Education, retiring in 2016. She was an avid reader, scuba diver and knitter, and loved film and theater. She was a writer herself, taking classes on script and short-story writing, and was working on a screenplay at the time of her death. She also generously supported the American Film Institute. Susan liked to cook, but really loved to entertain. Even more, she loved having her home and her lawn serve as a gathering place for friends and neighbors, hosting formal dinners and impromptu get-togethers, and truly building community. Susan believed that kids are the lifeblood of our culture and should be held in a higher regard. That belief was evident in her care, especially for her three nephews, and the children in her neighborhood in Silver Spring, where she was beloved for both her kindness and her ready supply of Tootsie Roll Pops. Susan loved her family very much, spending quality time with them at their retreat in the Adirondacks every summer. She also felt honored to be related to and named after Susan B. Anthony. She is survived by her father, her brother-in-law, Greg Kiddy of Reading PA, and her brothers, David Winchell of Port Jefferson, NY and Thomas Winchell of Canton, MA, husband to Lisa, and their three children, Ethan, Calvin and Dylan. She was predeceased by her sister, Elizabeth "Betsy" Winchell Kiddy, who passed away in 2014. A celebration of Susan's life will be celebrated in Maryland in late April. Burial will be private at the convenience of the family. In lieu of flowers, contributions may be made to Docs in Progress, https://www.docsinprogress.org/ [docsinprogress.org]. Online condolences may be expressed at www.kuhnfuneralhomes.com www.kuhnfuneralhomes.com
Published by The Washington Post on Mar. 24, 2019.
To plant trees in memory, please visit the Sympathy Store.
MEMORIAL EVENTS
To offer your sympathy during this difficult time, you can now have memorial trees planted in a National Forest in memory of your loved one.
MAKE A DONATION
MEMORIES & CONDOLENCES
3 Entries
Susan was a delight to be with and I miss her sense of humor and her curiosity and her positive energy. Can you imagine how the last election would have made her crazy? So glad she missed that!
Beth Whittingham Goehring
Friend
March 18, 2021
There was so much love in this very dear persons life. I am grateful, I was able to witness some of that love
Nancy Aulenbach
March 30, 2019
Susan was a true friend when we were in high school together, when I really needed one. She was smart, talented, kind, and so generous throughout her whole life which was too short for all of us who basked in her warmth and sense of fun. Her positive spirit will guide me forward to dive into life with abandon. God bless you, Sue, and your family.
Beth Whittingham Goehring
March 29, 2019
Showing 1 - 3 of 3 results