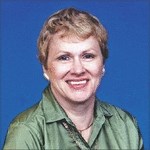 BORN
1934
DIED
2021
FUNERAL HOME
Tuell-McKee Funeral and Cremation Services of Bremerton - Bremerton
4843 Auto Center Way, Suite, A
Bremerton, WA
SMITH SUZANNE ELIZABETH LAWSON LANGLOIS SMITH Passed away on Tuesday, November 9, 2021 at her residence in Silverdale, WA. Her son, Dean, and daughter-in-law, Cathleen, were by her side. Born December 14, 1934 in Plattsburgh, NY, she was the second daughter of Harriette Lawson (Harding) and Henry Miller Langlois, and graduated from Brewster Academy in 1953. She worked for the New England telephone company's accounting department for several years and was visiting her aunt, Prudence (Harding) Altemose, in Minneapolis, MN when she met her future husband, Wallace Dean Smith, on a blind date in February 1958. They married four months later, on June 14, 1958, after Wally graduated from the University of Minnesota. Sue and Wally spent the next 50 years together, living in San Diego, CA; Athens, GA; Norfolk, VA; St. Louis, MO; Pt. Molate, CA; Guam; and North Kingstown, RI during his time as a naval officer. She spent time volunteering with the Red Cross, Navy Relief Society and Wives' Clubs, and raising their son, Dean. The family returned to Minnesota in 1972 and she worked at the University of Minnesota while Wally finished a second degree. In 1975 they moved to Palatine, IL, where she completed an A.A. in Business Management from Harper College in 1978, and began working for General Electric in 1980. In 1986, Sue and Wally moved to Virginia, living first in Clifton and then Manassas, and were active in the Accotink Unitarian Universalist and Bull Run Unitarian Universalists churches. She continued working in financial management for GE, served as Washington Area Program Accounting Manager, graduated with a B.A. in International Business from Trinity Washington University in 1992, and retired in 1994. Sue enjoyed many years traveling with Wally on trips to family and friends, and visits to Europe and Asia. She volunteered at the Prince William Medical Center and the Capital Area Food Bank, and helped organize the Lifelong Learning Institute-Manassas as their first treasurer. Two years ago, she moved from Virginia to Washington state, with her son and daughter-in-law, to be closer to her grandson and great-grandson living in Oregon. She was preceded in death by her husband Wallace Dean Smith, Sr. in 2008, and her elder sister, Harriette Harding (Langlois) Donn in 2011. She is survived by her son, Wallace Dean Smith, Jr. and daughter-in-law, Cathleen Alice (Buck) Smith of Hansville, WA, grandson, Eric Michael Smith and great-grandson, Bren Rook Smith of Cornelius, OR, sister-in-law, Margo Kay (Smith) Ferley of Mankato, MN, brother-in-law, Terrance Raye Smith of Lincoln, NE, 24 nieces and nephews living across the country, and numerous cousins. Inurnment alongside her husband will occur on a future date next year at Arlington National Cemetery Columbarium. Arrangements through Tuell-McKee Funeral Home in Bremerton, WA. In memory of Sue, donations may be made to the Cure Alzheimer's Fund, or the Capital Area Food Bank.
Published by The Washington Post on Dec. 5, 2021.
To plant trees in memory, please visit the Sympathy Store.
MEMORIAL EVENTS
To offer your sympathy during this difficult time, you can now have memorial trees planted in a National Forest in memory of your loved one.
Funeral services provided by:
Tuell-McKee Funeral and Cremation Services of Bremerton - Bremerton
MAKE A DONATION
MEMORIES & CONDOLENCES
0 Entries
Be the first to post a memory or condolences.