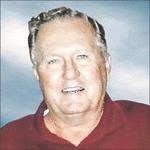 FUNERAL HOME
Fairfax Memorial Funeral Home, L.L.C.
9902 Braddock Road
Fairfax, VA
HOLT William Bruce Holt Colonel USAF (Ret.) William Bruce Holt Jr., age 90, peacefully passed away June 3, 2021. Bruce was preceded in death by his wife Jean of 59 years. Surviving are his children, Kimberly Holt Wedel (Chuck), William B (Trey) Holt III, and Karen Holt Leygraaf (Greg). Also his grandchildren, Jason Wedel (Anna), Bryan Wedel (Julie), Elise Wedel Brammer (Cameron), Kyle Leygraaf, Dylan Leygraaf and Bryce Leygraaf. Bruce also has six great-grandchildren, Davis, Madelyn, Ella, Sophia, Wade and Bennett. In his early years Bruce played in the Durham Bulls stadium In North Carolina. He was spotted by a scout and was offered a full scholarship to play at The University of North Carolina in Chapel Hill. He joined the United States Air Force in 1955 and continued to play baseball. He along with other military personnel were asked to join the 1956 Olympic baseball team in Australia. As host country Australia selected baseball as their exhibition sport. The US team captured the gold medal that year. While serving in the Air Force, Bruce was stationed in the Philippines, Japan, New Jersey, Alabama, Texas, Hawaii, Tennessee and Virginia. He served in Vietnam where he was awarded the Bronze Star. He was awarded the Legion of Merit, and many other accolades in years to come. Bruce moved his family to Annandale, Virginia in 1974 to attend the Industrial College of the Armed Forces in Washington, DC and then went on to serve at the Pentagon with the Joint Chiefs of Staff. He was a proud member of the Kena Shriners and helped in many ways to raise money for the Shriners Hospitals for Children. He was an avid golfer, fisherman and a big fan of the Redskins, Nationals, and college basketball (Go Tar Heels). Later in life he was most happy watching his sporting events on tv and visiting with family, and his very close neighbors and friends. Bruce Holt was the epitome of a southern gentleman. From his very humble beginnings in North Carolina, on to a great military career, and then to retiring and playing golf with his friends, he was not only a southern gentleman, he was indeed a Gentle Man. There will be a short service at 12 noon on June 10, 2021 at Fairfax Memorial Funeral Home, 9902 Braddock Rd, Fairfax, VA followed by the burial on the funeral home grounds. Everyone is welcome. All attendees must wear masks. www.fmfh.com www.fmfh.com
To plant trees in memory, please visit our Sympathy Store.
Published by The Washington Post on Jun. 7, 2021.
MEMORIAL EVENTS
Jun
10
Service
12:00p.m.
Fairfax Memorial Funeral Home, L.L.C.
9902 Braddock Road, Fairfax, VA
Funeral services provided by:
Fairfax Memorial Funeral Home, L.L.C.
MAKE A DONATION
MEMORIES & CONDOLENCES
0 Entries
Be the first to post a memory or condolences.