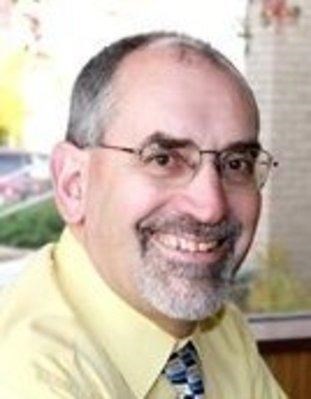 Robert Frank "Bob" Brooks died peacefully at his home in Wausau, Wisconsin on October 30, 2015 at the age of sixty-three. Beloved husband of Ann for forty-one years, he was the loving father of Maggie (Scott) Highhouse, Samuel, Norah (Jason) Brown and Benjamin. Bob was an adored and adoring Papa to grandchildren Carmen, Cole, Baye, Owen and Willow Highhouse and Jackson, Julian, Annarose and Deacon Brown. He will be missed by his mother, Dorothy Brooks, father and mother-in-law Emil and Audrey Meitzner, siblings Steven (Nancy), Dennis (Carol), K.C. (Cindy) and Barbie (Tim) Grim, sister-in-law Jane Dolan and her husband, Brad Kennedy, and many other dear relatives and friends. He was preceded in death by his father, Wells Dudley Brooks, and his niece, Katie Kennedy.

Bob worked for nearly forty years at Marathon Savings Bank, often referred to as "Bob's Bank." He was devoted to his customers and co-workers, and passionately committed to giving back to the community.

Bob embraced us with his quiet devotion to his family. He was the rare human who never knew his own importance. Instead, he gave others the gift of that importance. Through giving, he became the keystone for lives, both inside and outside his family. Without him, those archways stand strong because he taught everyone he touched how to be that keystone. He taught with his kindness, his undivided attention and his patience. It can be hard to listen. Bob never showed it. We are all grateful, and enlightened. His courage in the face of ALS will inspire us always.

Per Bob's wishes, there will be no service. He asked that his friends and family gather in places that give them comfort, and talk about the good times.

In lieu of flowers, his family will make donations to local charities that Bob supported.

The family would like to say a special thank you to Bob's close friend and doctor Vicky Baker and to Aspirus comfort Care and Hospice Service.


Published by Wausau Daily Herald on Nov. 3, 2015.
To plant trees in memory, please visit the Sympathy Store.
MEMORIAL EVENTS
To offer your sympathy during this difficult time, you can now have memorial trees planted in a National Forest in memory of your loved one.
Funeral services provided by:
Brainard Funeral Home and Cremation Center - Wausau Chapel
MAKE A DONATION
MEMORIES & CONDOLENCES
23 Entries
Our sympathies on the loss of a husband, father, son and brother. We met Bob several years ago at my parents and brother's homes in Saskatchewan when he'd come up on his annual pilgrimage to hunt birds - my parents so looked forward to those family visits with the Brooks'....I know he is missed. Pat & Ken
Pat & Ken Foot
November 25, 2015
My Deepest Sympathy to the Brooks Family. I knew Bob through playing Softball at Sunny Vale Park for quite a few years for Zastro's. He was a great and wonderful person. It was a true pleasure to know him and he will be sadly missed by all.
Mark Lambert
November 13, 2015
I knew Bob for about 10 years and he was always easy to talk to and would listen to you.
Wayne Swanson
November 8, 2015
I met Bob when I first moved to Wausau in 1988 and got to know him through different activities and community boards. We served together in the Wausau River District and BID. Even though competitors in banking, Bob was a good friend and his smile and good nature was contagious. He will be missed greatly!
Alfred Nakhla
November 6, 2015
Dear Ann, Nora, Maggie, Samuel, and Benjamin,
Ron and I are so sorry to hear of Bob's passing as we had been out of town. He was such a kind, generous and fun man to be around. We especially remember our early days in Wausau with the Brooks family as such congenial and helpful neighbors.
Thinking of you all with love, Lynn & Ron
Ron and Lynn Drecktrah
November 6, 2015
Bob was certainly the epitome of a "community servant" it was my pleasure to know him and witness his concern for others --- whether it be in his long-term support of Habitat for Humanity or the Montgomery-Plant-Dudley Post of the American Legion. He will always be remembered for his contributions to the community
Thom Passow
November 5, 2015
It was an honor to know Bob both professionally and personally. He was a man of great character who genuinely cared about humankind and always put people first. His virtues will be forever written upon the tablets of love and memory for his family, the community and those he touched.
Jeff Flatter
November 5, 2015
Bob - Rest In Peace. A great loss to your family, friends and community. You are the newest shining star in our nights' sky! Shine on and shed your light down upon us.
Shirley and Art Jung
November 4, 2015
Dorothy so sorry for you and your family's loss.... Thinking of you.. ( caregiver for you when you were at the Renaissance ) miss you
Robin Martinez
November 4, 2015
Dear Ann and Family, The WI banking community lost a great, caring leader with the passing of Bob. I personally enjoyed getting to know both of you better during Bob's tenure on the WBA Board of Directors. We had a lot of fun during those years he was on our Board. He was an asset to his bank and to his community, and will be deeply missed. Please accept my deepest sympathies and know you are in our thoughts during this difficult time. Rose
Rose Oswald Poels
November 4, 2015
I had the distinct pleasure of knowing Bob in the banking world for many years. He was an inspiration to all his colleagues both professionally and personally. Sincere sympathy to your family. Kathy Rankin, Pres/CEO Tomahawk Community Bank.
November 4, 2015
I played softball with Bob quite a few years ago, he was always a great person to be around and always had a positive attitude rest in peace brooksy
Eric Gillett
November 4, 2015
Ann, So sorry to hear, Bob was such a great person and he will be missed. Tom Goode
Thomas Goode
November 4, 2015
Bob was a great guy and always had a positive look on life! He was a great coach in little League! Loved playing Old Mans Softball against him!
Rob Weise
November 3, 2015
Norah,
My deepest sympathies on the passing of your dad. He was a one in a million. Always had a moment to chat with me when I stopped in. He will be greatly missed in the community.
Deborah Melang
November 3, 2015
Ann, Maggie, Samuel, Norah and Ben, my heart and prayers goes out to all of you. Love John
John Dolan
November 3, 2015
Bob was the best boss a person could ever have. Caring, funny, and involved. My sympathies to Ann and family. He will be missed.
Meredith Kivi
November 3, 2015
Bob was such a good man. He loved his family and his community and always inspired me with his steadfastness and dedication towards helping others. I loved the way he always came to Board meetings wearing his Packer shirt on important game days. He was fun, strong and modest at the same, and will be very much missed.
Jackie Mueller
November 3, 2015
Ann, So sorry to hear of Bob's passing.My thoughts and prayers are with you and your family.
Gary Shuman
November 3, 2015
God Bless Bob's family and please accept my deepest sympathy
Sherry Sullivan
November 3, 2015
Bob may be gone, but his memory, friendship, and handshake, are mine to keep.
Charles Schoenfeld
November 3, 2015
Bob truly was a wonderful human being. He made a significant difference in my life. I am thankful to have known him. My condolences to Ann and the rest of the family.
Calvin Dexter
November 3, 2015