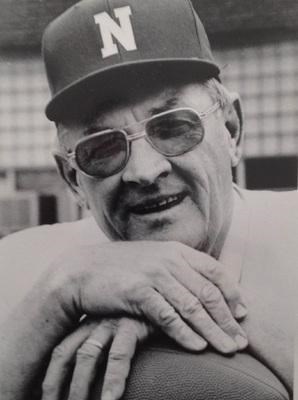 Buck was born on September 24, 1930, in Chicago, Illinois to Russell and Nellie (Grace) Grundy. He attended St. Philip's High School and was Valedictorian of his graduating class of 1947. He earned a football scholarship to attend St. Ambrose College in Davenport, IA. He continued his education at Lewis College in Lockport, IL, where his 1951 football team won the Thanksgiving Day Corn Bowl in Bloomington, IL. He was coached by Scooter McLean, a former half-back for the Chicago Bears, who later became the coach of the Green Bay Packers. In 1958, McLean invited Buck to try out for the Packers. Due to his growing family, he declined the offer, but was stunned and honored by the invitation. In 1982, he was inducted into the Lewis Hall of Fame, for football.

While attending Lewis, he met the love of his life, Elaine Crespi, a student at St. Joseph's School of Nursing in Joliet, IL. After graduating from college, Buck became self-employed as a soft-drink distributor for 7-UP. He and Elaine married on October 30, 1954 at Sacred Heart Catholic Church in Joliet, where they settled, and 6 of their 7 children were born.

In 1959, he embraced his true calling. With the guidance of his former teacher and coach, Gordie Gillespie, he was provided the opportunity to teach social studies, business, physical education and health, and to be an assistant football coach at Joliet Catholic High School. It was through this experience at Joliet Catholic that he developed the philosophy that would shape his sense of discipline and drive, leading him to inspire and motivate generations of young students and athletes.

Buck spent his childhood summers at his family's cottage on Mid Lake in Minocqua, WI, near his Grandma Grundy's resort, Camp Idylwild. He was active as a lifeguard during his teen years at Torpy Park. This connection to the north woods inspired him to move his family to a smaller, family-oriented community. In 1968, he accepted a teaching and coaching position at Wausau Newman High School. In the 22 years he spent at Newman, he wore several hats in the athletic department. In addition to serving as the head football coach, he founded the baseball and wrestling programs and coached both sports for several years. As Athletic Director, he upgraded the girl's basketball program, and helped establish the girl's volleyball and tennis programs. Two highlights of his coaching career at Newman were his first winning football team in 1970, and the 1980 State Championship baseball team. His son Kevin played in that championship game, and his son Russ was an assistant coach, which was a great source of pride for him. He also was proud of all of his students at Newman, and their many accomplishments after graduation.

His great love of the north woods inspired him to build a log cabin at Hultman Lake, WI. He wanted his family to experience the same opportunities that he had as a child in Minocqua, to spend time with family and friends and explore the beauty of nature. This was an important part of Buck and Elaine's legacy for their family.

He retired from Newman in 1990 but remained active and inquisitive. He continued coaching football at the college and high school levels, including a few seasons coaching with his son, Kevin. As an innovator, he developed an offensive lineman's glove called the Pitt-Mitt, designed to prevent holding. He loved fishing, picking berries, playing cards (sandbagger extraordinaire), supporting the endeavors of his children and grandchildren, and traveling. An avid writer, he published his memoirs "My Days in the Catholic League" and "Elena's Journey: The Story of an Italian Girl", as well as three additional non-fiction books.

Buck and Elaine worked hard their entire lives, raised 7 children on a shoestring budget, and never did they feel that they "went without". They instilled in their children a great sense of love, compassion, a solid work ethic, and always told them to "let their conscience be their guide".

The greatest of their lessons was to love each other unconditionally, and that money doesn't buy class. Buck, a proud Irish man, had a sharp wit and always greeted you with a smile and a twinkle in his eye.

Brainard Funeral Home, Wausau is assisting the family with arrangements.

The family would like to thank special friends John Birkholz and Mark Gassner for their invaluable support, friend JoAnn McCurdie and the staff of the Lakeview Heights Unit of Mountview Care Center for their excellent and kind care-giving.

Buck will be deeply missed.


Published by Wausau Daily Herald from Dec. 10 to Dec. 12, 2014.
To plant trees in memory, please visit the Sympathy Store.
MEMORIAL EVENTS
To offer your sympathy during this difficult time, you can now have memorial trees planted in a National Forest in memory of your loved one.
Funeral services provided by:
Brainard Funeral Home and Cremation Center - Wausau Chapel
MAKE A DONATION
MEMORIES & CONDOLENCES
29 Entries
My deepest sympathy to the entire Grundy family. Russ/Coach Grundy had such a profound impact on so many of us, on Newman HS, and on his adopted community, Wausau. He was larger than life. I mostly knew him through my friendship with the Grundy kids, primarily Dave, and later as my tennis coach. I always felt welcome in his home, and enjoyed seeing him around Newman. He had a zest for life that spread to all around him. He will live on in all of us. Thanks for everything, Coach.
Jon Zuiker
December 23, 2014
God Bless you Russ. You surely positively shaped many lives in the Wausau area. A role model for all.
Thank you!
Mark Hadley
December 14, 2014
Russ,Kevin and family my condolences on the loss of your father coach and friend. My prayers and thoughts are with you.
Bob Olson
December 13, 2014
Our condolences to the Grundy Family, Russ was a great teacher, coach and person, he will be sadly missed by all. We had some great times with Russ and Elaine at Newman High School functions, Jerry and Gloria Kostka
December 13, 2014
Kathy and family,
my sympathy.
Joyce Groshek
December 12, 2014
Grundy Family, In loving memory of your father. I am so grateful for his kindness to me and all of the Gillespie's. You are all such an amazing reflection of your Dad and Mom. He was a true gentleman. So sorry . Much love to all of you.
Gordie Gillespie Jr.
December 12, 2014
We're sorry for your loss. Condolences to the Grundy family and you'll be in our thoughts and prayers.
Adam & Courtney Domka
December 12, 2014
Condolences to the Grundy Family. Russ was one of a kind. He was a great teacher, coach and person. Russ had a way to make you feel special. That little tap on the head and little smile he would give us, I will always remember. At times he would talk about his past in Illinois , his family at home and his family at Newman. He touched many lives and made a lot of us feel like part of his family. Not many people are able to do that. He will be greatly missed.
Rick Paszkot
December 11, 2014
I had a chance to visit with coach about a month or so ago. Gave him a long overdue thank you for the principles and integrity he instilled upon me on, and more importantly off the field. A great coach, teacher and a special person. His legend will continue to live on in those he touched. My sincere sympathy to the Grundy family.
Tom Wisniewski
December 11, 2014 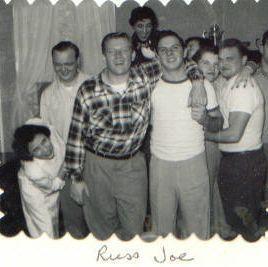 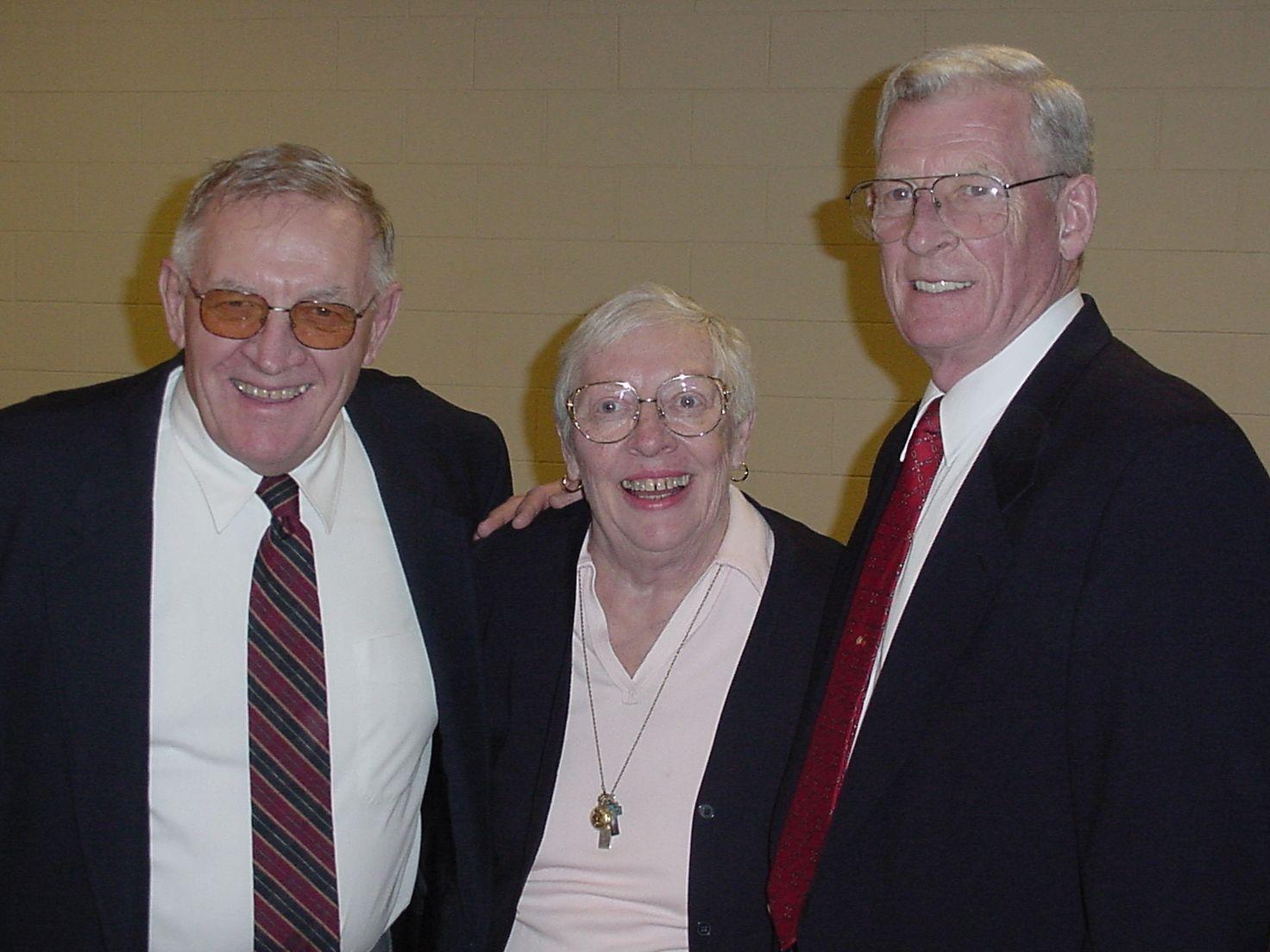 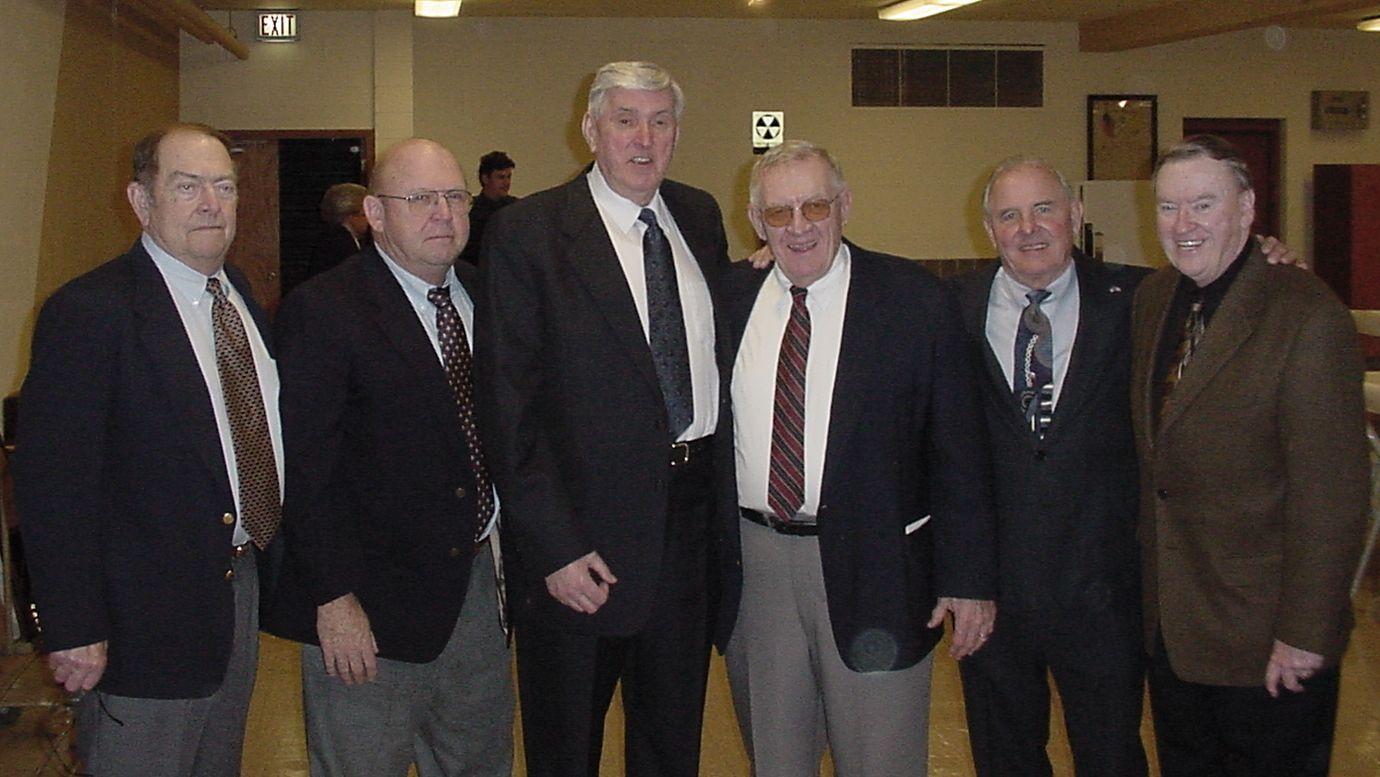 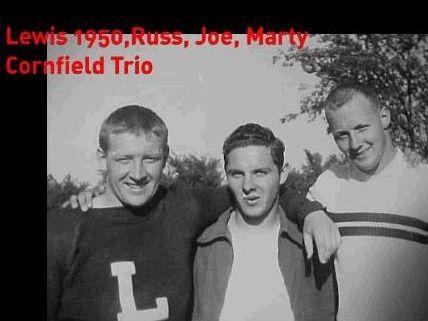 December 11, 2014
Russ Grundy - what a wonderful high school instructor, coach and teacher of life skills. He taught me a lot, especially to believe in myself and never give up.
Bill Radtke
December 11, 2014
Russ was more than my football coach or teacher. His one on one talks have always been something I never forgot. He is a special man.....
Gary Trembath
December 10, 2014
We were sad to hear of the passing of Coach Grundy. Dan played on the 1969 & 1970 Newman High football teams and has many fond memories of those days. Russ Grundy was a special man who was a role model to the many athletes and students whose lives he touched.
Cindy & Dan Malak
December 10, 2014
What a kind, gentle bear of a man. I've never met a man with such patience and presence. Meg/Kevin/Kathy- I think of your dad often.He always gave me the benefit of the doubt..even when there was no doubt. My love and thoughts to all of you
Jeff Roberts
December 10, 2014
What a wonderful man. I have fond memories of Buck and his great family. Prayers
Jay Ferge
December 10, 2014
Sue and Russ, I am so sorry to hear about your father. May the many memories you have made with him get you through this difficult time. Know you and your family are in my thoughts and prayers.
Kim LaFave (Frisque)
December 10, 2014
Dear Kathy and family, I am so glad to have had the honor to know your father. He was a special man indeed. The kind of guy I thought could live forever, and no doubt he will in many people's hearts and minds. I read two of his books with interest and admiration. Please know you are in my prayers as you grieve his passing.
Connie O'Heron
December 10, 2014
My prayers and condolences go out to the Grundy family. My biggest wish is that my kids will have a coach that helps shape them like Coach Grundy did for me. So many lessons taught and so many memories
John Gajewski
December 10, 2014
Kevin, Lori & family,
Buck sounds like a wonderful man & role model. He had so many worthy accomplishments. Our sympathies to you.
Dave & April Mascorro, Mason Bednarski
Dave & April Mascorro
December 10, 2014
My deepest condolences to the Grundy family. I have many fond memories from the days of being coached by Buck. He was truly one of the most caring individuals I have ever met. May God guide you all through this time in your lives.
Tom (Charlie) Radenz
December 10, 2014
Our prayers and deepest sympathy to the Grundy family. So very sorry for your loss. God bless you.
Bob & Linda Barnett & Family
December 10, 2014
Grief can be so hard during the holidays, but our special memories help us cope. Remembering you and your loved one this holiday season.
Derek Baneck
December 9, 2014
Sincerest symapthies to the Grundy family on the loss of your father Russ, truly a most giving, great and most kind man. May his sould rest in peace. He made such a difference to so many .....What a legacy he left. David Cyrs family.
December 9, 2014
Dearest Grundy family, My how Gordie and I loved your Dad...as Gordie would say "not a finer man could be found". We are praying God's richest blessing and comfort on all who grieve the earthly presence of Buck.
Gordie & Joan Gillespie
December 8, 2014
Among the many men I was fortunate to have in my life who taught character and self respect first and foremost, Buck was certainly one of them.

That tells you something about the man, eh?

And his gift is clearly manifest in his children.

God Bless you all on your redefined journey with Buck.

He's got a free razor coming when I meet him again.

Thanks Buck, for always greeting me by name.

Condolences to all from the entire Keeffe family.
David Keeffe
December 8, 2014
Mr. and Mrs. Grundy were like having your parents at school with you. They never judged you, and were always there for you no matter what you did. The world just lost another angel, but Mrs. G just got hers back! I love you both for making me a better person.
Jeff Stoltz
December 8, 2014
Showing 1 - 29 of 29 results