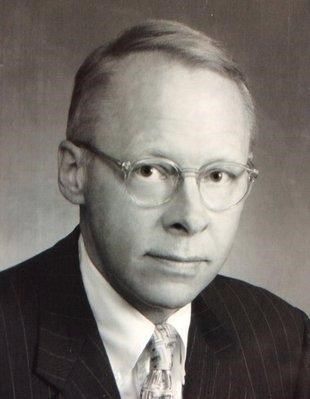 He was born in Madison, Wisconsin, in 1941 to San and Eleanor Orr. He received his B.B.A. with High Honors from the University of Wisconsin in 1963 and his J.D. from the University's Law School in 1966, where he served as Editor-in-Chief of the Law Review. In addition to earning his law degree, San was also a Certified Public Accountant. He married Joanne Ruby on June 26, 1965 in Madison, Wisconsin.

After graduating from law school, San and Joanne moved to Wausau, Wisconsin, where he led the Woodson Family Office for 46 years. He was involved with numerous companies over his career, notably serving as Chairman of the Board of Directors for the Wausau Mosinee Paper Corporation (now Wausau Paper) and Marathon Electric Manufacturing Corporation. He also served as a Director for M&I Corporation, Longview Fibre Company, Yawkey Lumber Company, Masonite Corporation, MDU Resources and Wausau Insurance Companies.

In addition to his professional activities, San was very active in a number of civic organizations in Wisconsin. He served as President of the University of Wisconsin Board of Regents, Chairman of both the University of Wisconsin Foundation and its Hospital and Clinic system, and Chairman of the University's School of Business Board of Visitors. In Wausau, San served as President and Director of the Woodson YMCA Foundation for many years as well as a Director of The Leigh Yawkey Woodson Art Museum. A lifetime of volunteer work and philanthropy earned him the Governor's Award In Support of the Arts.

As he approached retirement, San enjoyed serving as a Director of The Lynde and Harry Bradley Foundation. Most recently, one of his favorite activities was playing golf at Gulf Stream Golf Club in Florida.

He is survived by his wife of 49 years, Joanne, and two children San W. Orr, III (Lake Forest, Illinois) and Nancy C. Orr (Rochester, Minnesota). A private memorial service will be held in Madison, Wisconsin, at a later date. In lieu of flowers, contributions may be sent to the Woodson YMCA Foundation (707 Third Street, Wausau, WI 54403) or the Leigh Yawkey Woodson Art Museum (700 N. Twelfth Street, Wausau, WI 54403).


Published by Wausau Daily Herald on Oct. 3, 2014.
To plant trees in memory, please visit the Sympathy Store.
MEMORIAL EVENTS
To offer your sympathy during this difficult time, you can now have memorial trees planted in a National Forest in memory of your loved one.
MAKE A DONATION
MEMORIES & CONDOLENCES
13 Entries
I worked closely with San while I was a vice president of Wausau Hospitals and he was board chairman. San was among the great civic leaders who created the first successful merger in the country between a Catholic and Protestant hospital. With the merger we were able to consolidate and improve health care service and then design and build a new medical center campus at the junction of highways 51 and 29. Without people like San the merger and new hospital would not have happened, The hospital is part of his legacy. He was a brilliant mind and a wonderful guy. pat
Patrick M. Mages
September 27, 2021
Peace be with you.
John Diefenbach
December 6, 2014
To the Orr Family, our thoughts are with you. On behalf of the current and past members of the Lewiston Outing Club sorry for your loss. We all have such great memories of Bud at the Club. Pat Clark
October 27, 2014 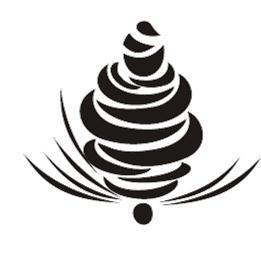 The Minocqua Country Club staff extends our deepest condolences to Mrs. Joanne Orr and family. A donation has been made to the Woodson YMCA Foundation in his memory.
Minocqua Country Club
October 7, 2014
To the Orr Family. You have our deepest sympathies.
Richard and Sandy Klotz
Neighbors in Woodruff.
Sandy Klotz
October 5, 2014
Joann and Family,
So sorry for your loss, you are in my thoughts and prayers. Wausau has lost a great leader and friend.
Julie Kryshak
October 4, 2014
Joann, he was brilliant, a great leader and he always did the right thing. I had the pleasure of working with him while involved in the hospital merger and new hospital development. He was simply the best. Kind regards
Patrick Mages
October 3, 2014
Joanne,
I am so sorry for your loss. San was an amazing, accomplished man. But more importantly, he was a good friend. I will miss him dearly.

Jerry Petrowski
October 3, 2014
Joann and Family, Keeping you all in my thoughts and prayers during this sad time. I have some very happy memories of times that you, San, Dick and I shared during our early days in Wausau. Take care, warmest regards..Diane Buechel
Diane Buechel
October 3, 2014
The entire State of Wisconsin and especially Central WI was the beneficiary of all the great work San did in his life. He left far to soon.
My sympathy to his wife and family.
Dale Miller, JD
October 3, 2014
Dear Orr Family -
You are in my thoughts and prayers.
Marysue Shore
October 3, 2014
Joann, it's with a heavy heart I send you and your family my deepest condolences. My thoughts are with you.
Alan Grischke
October 3, 2014
Joann and Family, We were saddened to learn of San's passing. We are thinking of you at this sad time. With sympathy, Brenda and Steve Herman
October 2, 2014
Showing 1 - 13 of 13 results