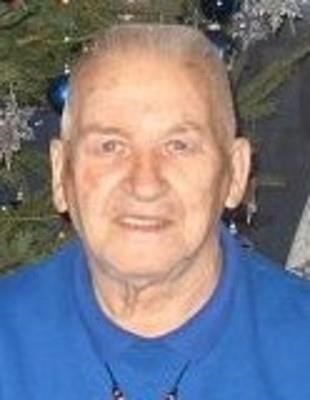 Wally was born in the Rocky Ridge area of Mosinee on March 20, 1927 to the late Steve and Nellie (Skolna) Rozella. He attended Rocky Ridge school. On June 18, 1955 Wally married Sylvania (Koss) in Mosinee. They had 2 children. Sylvania passed away on August 29, 1994.

Wally was the owner of Wally's Bar in Mosinee for 60 years. Wally and his wife Syl purchased the bar in 1958. Wally's Bar hosted the Veterans of Foreign Wars meetings for many years as well as numerous meetings of other organizations and family events. It was a gathering place for many generations of friends, family and customers in a friendly neighborhood atmosphere. Wally was well known for his friendliness, local historian knowledge and famous Old Fashioned drinks. He enjoyed gardening, fishing, working in the woods and good conversations with family and friends. In 2017 Wally was presented the Key to The City by Mayor Brent Jacobson on his 90th birthday.

Wally was a veteran of the United States army which included service in Korea in the 35th Infantry during 1951 - 1952. Wally was a life member of the Mosinee Veterans of Foreign Wars Post 8733. He participated in the Never Forgotten Honor Flight in 2013 and was presented with a Korean Tribute Stone at the High Grounds Veterans Memorial Park in Neillsville by the Mosinee VFW and Auxiliary. Wally was also a life member of Saint Paul's Knights of Columbus and member of Saint Paul's parish since 1955.

A Memorial Service will take place this spring. (11 a.m., Saturday, May 18, 2019, at St. Paul Catholic Church, Mosinee. Family will receive friends from 9 a.m. until time of service at the church) The Rev. Donald Meuret will be officiating. Burial will be in St. Paul Cemetery, Mosinee. Beste Funeral Home, Mosinee is assisting the family with arrangements. Online condolences can be made at www.bestefh.com

The family would like to thank the staff at Acorn Hill Senior Living Community and Ministry Hospice for their wonderful care.

Published by Wausau Daily Herald from Mar. 4 to Apr. 1, 2019.
To plant trees in memory, please visit the Sympathy Store.
MEMORIAL EVENTS
May
18
Memorial service
11:00a.m.
St. Paul Catholic Church,
Mosinee, WI
Funeral services provided by:
Beste Funeral Home
MAKE A DONATION
MEMORIES & CONDOLENCES
Sponsored by Beste Funeral Home.
9 Entries
When I would visit my dad in Mosinee, I would go with him several times to visit Wally. I will always remember how wonderful and friendly he was. Mosinee will be a little sadder the next time I am there. Rest in Peace Wally.
Julie M
June 7, 2019
From his Comrades in Arms, VFW Post 8733
Mosinee, WI
Charter Member
Host to many meetings
Maker and Master of Old Fashions...

The Deeds of Our Soldiers, Sailors, Airmen and Marines, on land and in the air, are immortalized in the hearts of a grateful people.
March 18, 2019
My sincere condolences for your loss. May your cherished memories with your dear Walter bring you comfort as you look forward to the beautiful hope of seeing him again (John 6:40).
March 18, 2019
God be with the family and embrace you with strength and endurance to face the agony of death. As we seek and take refuge in Gods mercies and compassion.
2Cor 1:3

Jj
March 12, 2019
Mark
Our sympathy to you and your family. Your dad was a very special man. Everyone enjoyed stopping at Wally's and visiting with him and all the friends around his bar. I truly enjoyed playing my guitar at Wally's on Friday nights along with Richie Saurs, singing all the old songs and having fun. He'll always have a special place in my heart.
God bless you all.
Larry and Kathy Toboyek
Lawrence Toboyek
March 9, 2019
Wally was a great guy! A very kind man.
Judy Thomsen
March 8, 2019
Sorry for your loss. Wally was a great man!!
Rebecca Hull
March 6, 2019
A part of Mosinee passed with Wally...such a nice, kind gentleman. So glad he shared memories of me when I was young my Dad would take us kids to Wally's on Sundays after church......RIP
Zofia Leszczynski
March 5, 2019
Wally was one of a kind. Whenever I came to Mosinee, it was a family gathering place. I too went to Rocky Ridge school. I remember the brother Pete. Wally was already out of gradeschool,
Wishing all of the best to all of the family.
Sincerely. Esther Reed White.
Esther Reed -White
March 4, 2019
Showing 1 - 9 of 9 results