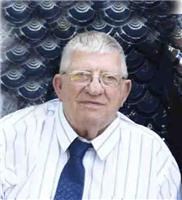 Hank was born on May 29, 1930, in Shell Rock, Iowa, son of Charles Savage and Irene (Evans) Savage. He grew up along the river in Shell Rock and graduated from Shell Rock High School. Growing up, he enjoyed reading, especially Louis L'Amour, fishing, and caring for his younger siblings. He loved nature and has been described as Huck Finn. He was a talented athlete and excelled in basketball, baseball, tennis, and ping pong.

On June 14, 1953, Hank was united in marriage to Helena Louise Wilcox in Clarksville, Iowa. This union brought about four children. Family was the focus of Hank's life; he loved his babies, spending hours rocking, singing to them (off key), and playing with his children and grandchildren. Hank was witty, loved hobbies and being busy. He enjoyed buying and selling cars, remodeling projects, garage sales, trapping and especially fishing. He and Helena wintered in Arizona for 10 years after retirement and made very good memories with friends and family. His loved ones remember his woodworking projects and the many times he was there to help with anything and everything he could.

Hank worked for 21 years as an Iowa State Park officer for the Iowa State Conservation Commission. That career moved his family to Maquoketa Caves State Park, Maquoketa Iowa; Geode State Park, Danville Iowa; and Green Valley State Park, Creston, Iowa. He moved on to work for Wartburg College where he was Director of Building Maintenance for Becker Hall of Science and the Wartburg College Library. He worked for the maintenance department for 15 years and retired in 1993. Hank was a member of the Lion's Club, a Boy Scout and Cub Scout leader, and was active in the Methodist Church.

Funeral services will be held at 10:30 a.m. on Monday, August 9, 2021, at Community Methodist Church in Clarksville, with Pastor Joan Thomas officiating. Burial will follow in Riverside Cemetery, Shell Rock. Visitation will be from 5-7 p.m. on Sunday, August 8, 2021, at Kaiser-Corson Funeral Home in Waverly, and one hour prior to the service at the church on Monday. Memorials may be directed to Hank's family for later designation and online condolences may be left at www.kaisercorson.com. Kaiser-Corson Funeral Home in Waverly is assisting the family.
Published by Waverly Democrat on Aug. 7, 2021.
To plant trees in memory, please visit the Sympathy Store.
MEMORIAL EVENTS
Aug
9
Service
10:30a.m.
Community United Methodist Church of Clarksville
309 West Superior, Clarksville, IA
Funeral services provided by:
Kaiser-Corson Funeral Home
MAKE A DONATION
MEMORIES & CONDOLENCES
Sponsored by Kaiser-Corson Funeral Home.
0 Entries
Be the first to post a memory or condolences.