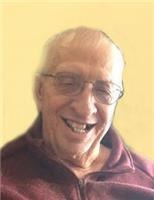 LaVern A. Rieckenberg was born on December 23, 1935, the son of Arthur and Laura (Waltemate) Rieckenberg at home in rural Waverly. He graduated from Waverly High School in 1953. He then served with the Naval Reserves on aircraft carriers. On April 29, 1956, he was united in marriage to Shirley Boerschel at Peace Evangelical Reformed Church in Waverly. LaVern was a dairy farmer until retiring in the mid 1990's. He then worked for Liddle-Ebert Tiling and later at Rockwell Automation.

He was a member of St. John Lutheran Church Western Douglas. LaVern enjoyed farming, playing cards, watching movies, being on the computer. Most especially spending time with his family and friends. He was an avid Iowa State fan.

Funeral services will be held on Saturday, October 9, 2021, at 11 a.m. at St. John Lutheran Church – Western Douglas with Pastor Kim Thacker officiating. Burial will follow in the church cemetery. Visitation will be held on Friday from 4-7 p.m. at the Kaiser-Corson Funeral Home in Waverly, Iowa and for an hour prior to the service on Saturday at the church. Memorials may be directed to St. John's Lutheran Church – Western Douglas and online condolences for LaVern may be left at www.kaisercorson.com.