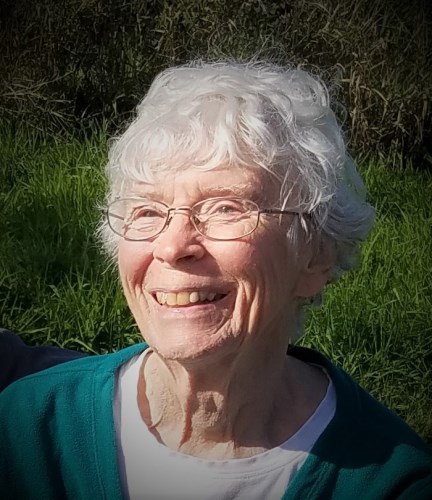 Our beloved mother, Beverly Moeller, passed away on December 28, 2020, following a long battle with Parkinson's Disease. She left her life the way she lived it; courageously, gently, peacefully.

Bev was born to Paul and Irene Braun in Wichita Falls, Texas. Following the family's 1943 move to Waterloo, Iowa, Bev graduated from West High School in 1958. She earned a chemistry degree at Iowa State University, where she met and married Michael David Moeller in 1960.

Mike and Bev fell in love with the Pacific Northwest during his army service at Fort Lewis, Washington. They moved to Gig Harbor and then to Walla Walla in 1974, where Bev worked for twenty years at Walla Walla Community College. Following their retirement, they lived in Arizona, New Mexico, and Ocean Shores, WA before returning to the Seattle area.

Bev enjoyed gardening, music, genealogy, photography and making pottery. In her last years, she loved singing with The Tremolos, a Seattle-area choir for people with Parkinson's and their care partners.

In addition to many friends and family members, Bev will be missed by her daughter and son-in-law, John and Kirsten Morton; son, Greg Moeller; brother and sister-in-law, Bob and Kathy Braun; sister-in-law, Holly; one niece and four nephews. Plans for a memorial service will be made when it is safer for Bev's loved ones to gather. Bev's husband, Mike, passed away in July 2020. Her brother, Paul David Braun, also preceded her in death.

Memorial contributions may be made in Bev's name to The Northwest Parkinson's Foundation, 7525 SE 24th St #300, Mercer Island, WA 98040, or to The Michael J Fox Foundation, https://www.michaeljfox.org/.

To plant trees in memory, please visit our Sympathy Store.
Published by Waterloo-Cedar Falls Courier on Jan. 10, 2021.
MEMORIAL EVENTS
No memorial events are currently scheduled.
To offer your sympathy during this difficult time, you can now have memorial trees planted in a National Forest in memory of your loved one.
GUEST BOOK
1 Entry
So very sorry for your loss, Bob and Kathy. May your hearts be filled with peace. Love to you both - and the family.
Michelle Swanson
January 12, 2021