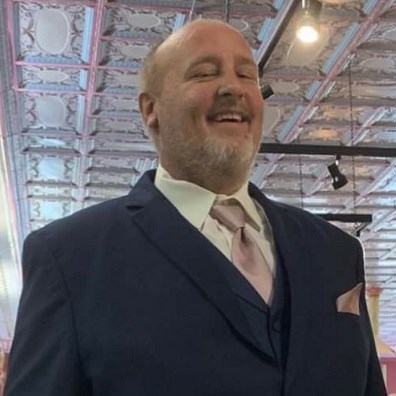 TRIPOLI-Chad Block, 50, of Tripoli passed away Sunday September 19, 2021. Visitation will be from 4:00 PM-7:00 PM on Thursday September 23, 2021 at the Geilenfeld-Buehner Funeral Home in Oelwein. Funeral Services will begin at 11:00 AM on Friday September 24, 2021 at St. Peter Lutheran Church in Westgate. A memorial fund has been established. For condolences, please visit www.geilenfeldfh.com.

Chad Everett Block was born in Oelwein on February 23, 1971 to parents Lawrence and Doris (Wumkes) Block. He graduated from West Central High School in Maynard with the class of 1989. He graduated from Hawkeye Tech in Waterloo with his degree in Electrical Maintenance. He was employed with John Deere in Waterloo as an Electrician. On October 3, 1992 he was united in marriage with Kimberly Tellin in West Union.

Anyone who knew him knew his love for perfection - Michael Jordan, Barry Sanders, Tom Brady, and Alabama Football, but nothing was quite as perfect to him as the family he built with the love of his life. He was always so proud to be her husband and Dylan and Lauren's dad. You couldn't stop him from bragging about them and their accomplishments.

Even after his diagnosis of stage 4 colon cancer in August of 2018, Chad never lost his positive attitude, one-of-a-kind sense of humor-as anyone who has been on the other end of his jokes knows-and his hard work ethic. Whether working at John Deere or with the pigs at the farm, he gave it everything he had.

Left to celebrate Chad's life are his wife Kim; his children Dylan (Alexandria) Block of Belmond and Lauren (Lake Rosson) Block of Davenport; his parents Larry and Doris Block of Dunkerton; his siblings: Brandon Block of Delaware, Michelle Block of Oelwein, Heath (Teri) Block of Oelwein, Courtney (Jessica) Block of Urbana and Thatcher (Tera) Block of Waterloo; his mother-in-law Deloris Tellin of Westgate; his sisters-in-law Chris (Brian) Andrews of Cedar Falls and Chantel (Dave) Getter of Urbandale; and several nieces and nephews.

He was preceded in death by his grandparents: Robert and Darlene Block, Ernie and Vera Wumkes; his father-in-law Gayle Tellin.