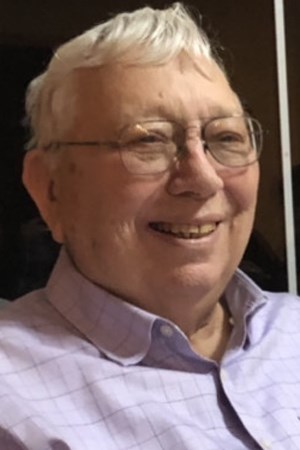 David Levi Root, Age, 79, of Cedar Falls, IA passed away at his home on Thursday, September 23, 2021 surrounded by his loving family.

A Celebration of Life for David will be held on Sunday, September 26 at the Village Cooperative, 914 Bluegrass Circle, Cedar Falls, IA from 4-6 PM. A family burial will take place at a later date.

David was born on October 6, 1941 in Waterloo, IA. He was the son of the late Walter and Ruby (Frickson) Root. David attended Dunkerton High School and then graduated from Maynard High School, Class of 1960. On October 8, 1961, David married Rita Ritter in Dunkerton, IA. David was the manager of the Hawkeye Co-Op in Hawkeye, IA, as well as the Owner of the Tripoli Ag Center, and retired from farming. In his retirement years, David spent a lot of time on Holiday Lake and enjoyed being a "snow bird" in Texas. He enjoyed card club, classic country music, collecting tractors and cars. He loved spending time with his grandchildren, and talking politics over a bowl of Iowa Chocolate Cake and ice cream.

Memorial contributions may be directed to the family.

Published by Waterloo-Cedar Falls Courier on Sep. 24, 2021.
To plant trees in memory, please visit the Sympathy Store.
MEMORIAL EVENTS
Sep
26
Celebration of Life
4:00p.m.
Village Cooperative
914 Bluegrass Circle, Cedar Falls, IA
Funeral services provided by:
Cedar Memorial Park Cemetery Funeral Home
MAKE A DONATION
MEMORIES & CONDOLENCES
Sponsored by Cedar Memorial Park Cemetery Funeral Home.
4 Entries
David and family, sorry to hear about Bill passing, My prayers and condolences to you.
TERRY SCHATZBERG
Other
September 28, 2021
Rita and family, so sorry to hear of Dave´s passing. It has bee been years since I´ve seen you Rita, but I´ve thought of you often. My hugs and prayers for you and your family.
Cheryl S Rigdon
Friend
September 25, 2021
Sorry to hear of Dave's passing. Way too soon! Have many fond memories of our youth together.
Don Wolfgram
September 25, 2021
So very sorry for your loss
Rick Calhoon
September 24, 2021
Showing 1 - 4 of 4 results