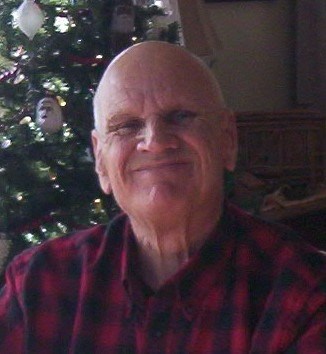 FAYETE-Doug Ohl, 69, of rural Fayette, Iowa and formerly of Oelwein, died peacefully at his home on Friday morning, October 8, 2021, with his family by his side.

Funeral Service: 10:30 A.M. Tuesday, October 12, 2021 at the Jamison-Schmitz Funeral Home, Oelwein. Visitation: 3:00 to 7:00 P.M. on Monday and for one hour before the service on Tuesday at the funeral home. Interment: Woodlawn Cemetery, Oelwein. Condolences may be directed to: Julie Ohl 14059 Grain Road, Fayette, Iowa 52142. Online obituary at www.jamisonschmitzfuneralhome.com

Due to the Covid-19 pandemic, social distancing and masks are suggested at the visitation and service

Douglas LaVerne Ohl was born on August 7, 1952, in Oelwein, Iowa, the son of Bernard Lavern "Barney" & Alverda M. (Lau) Ohl. He was raised in Oelwein and received his education from the Oelwein Schools, graduating from Oelwein Community High School in the class of 1970. Doug was united in marriage to Julie Lynn Smith on January 29, 1977, at Zion Lutheran Church in Oelwein. They were blessed with two daughters, Liz and Shelley. Doug and Julie lived in Oelwein for 42 years until moving to rural Fayette in 2017. Doug worked as a machinist for the Chicago Northwestern Railroad in Oelwein and as a machinist and then a carman at the Canadian National Railroad in Waterloo until his retirement.

Doug was a member of Zion Lutheran Church in Oelwein. He enjoyed gardening, carpentry, going to garage sales and flea markets, fishing, mushroom and asparagus hunting and spending time with his family.

Published by Waterloo-Cedar Falls Courier on Oct. 12, 2021.
To plant trees in memory, please visit the Sympathy Store.
MEMORIAL EVENTS
Oct
12
Funeral service
10:30a.m.
Jamison-Schmitz Funeral Home-Oelwein
221 N. Frederick Ave., P.O.Box 614, Oelwein, IA
Funeral services provided by:
Jamison-Schmitz Funeral Home-Oelwein
MAKE A DONATION
MEMORIES & CONDOLENCES
Sponsored by Jamison-Schmitz Funeral Home-Oelwein.
2 Entries
Julie, Alverda & Emmilee: we are sad to read of Doug's passing, please extend our condolences to Alverda and Emmilee. We've known Doug & his family for a very long time thru church & his late dad, Barney! Always enjoyed your friendships & garage sales. Glad you both got to enjoy your dream home together for a few years. Hope to see you in the next few days, every need anything, we are here for you. Cherish your memories and be close always to family.....
Sheryl, Dick & Dalene Gosse
Friend
October 11, 2021
Uncle Doug was a wonderful man who was devoted to his family and the love of his life, Julie. Doug, along with Julie, took me under their wing during a difficult time in my life and I am forever grateful for what they did for me. Doug was a great man and those who knew him, would say the exact same thing. He is in a better place and Julie, God Bless you and your family during this difficult time.
Jeff Rueber
Family
October 9, 2021
Showing 1 - 2 of 2 results