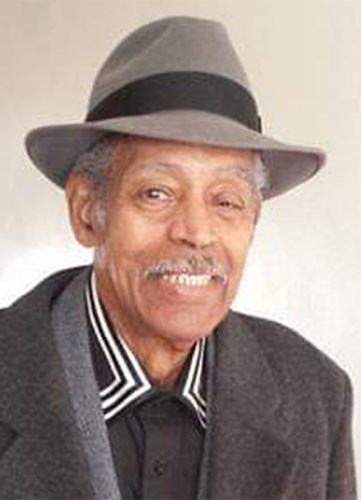 Survived by: two sons, Raymond Johnson of Los Angeles and Antonio Johnson of Denver, CO; a daughter, Anita Clark and a sister, Adrienne Damme, both of Waterloo; 12 grandchildren; and a host of great-grandchildren, nieces, nephews and friends.

Published by Waterloo-Cedar Falls Courier on Sep. 21, 2021.
To plant trees in memory, please visit the Sympathy Store.
MEMORIAL EVENTS
Sep
22
Visitation
5:00p.m. - 7:00p.m.
IA
Sep
23
Service
11:00a.m.
Payne Memorial AME Church
IA
Funeral services provided by:
Sanders Funeral Service
MAKE A DONATION
MEMORIES & CONDOLENCES
Sponsored by Sanders Funeral Service.
5 Entries
I had the great honor of having Edward on an Honor Flight traveling to Washington DC. He was such a joy to talk to! He will be missed by many...
Linda Bergmann
Other
September 23, 2021
May God give you the strength you need at this time of sorrow
Lola Todd
Other
September 22, 2021
I met Edward at Allen Hospital when he was Volunteering. SO HAPPY our paths crossed. He ALWAYS put a smile on my face. I was blessed to be able to call him ( his daughter gave me his #) and I was able to see him and let him know I was taking a trip to San Antonio(which Im still here and will miss the Servicehis son from Colorado was there one day when I spoke to him.) Edward I did and will wear my sun screen like you told me to. You WILL BE MISSED
Lori Delagardelle
Friend
September 22, 2021
My condolences to the family of Mr. Johnson. May God comfort you during your time of bereavement.
Cynthia Smith-Balark
September 21, 2021
We both work at Allen Hospital, and we enjoyed seeing Eddie volunteering. He was such a joy and always had a smile. He always brightened my day. He will be greatly missed. God's blessings.
Joy and Kenny Clark
Work
September 21, 2021
Showing 1 - 5 of 5 results