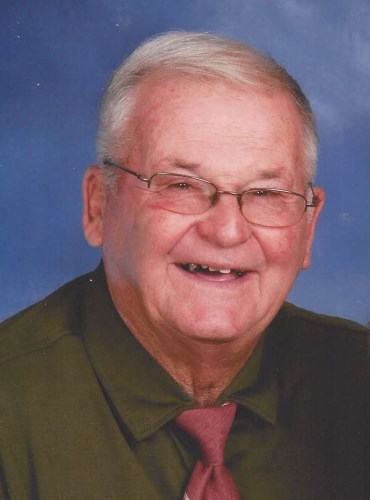 Funeral services will be 1:00 p.m., Tuesday, November 17, 2020, at the Barclay Presbyterian Church, rural Dunkerton with burial at Old Barclay Cemetery. Visitation will be from 2:00 p.m. – 5:00 p.m., Sunday, November 15, 2020, at the White Funeral Home, Jesup, IA. Masks and Social Distancing are required. Memorials will be directed to the Barclay Presbyterian Church. Online condolences may be posted at www.White-MtHope.com.

Gene was born to William and Margaret (Jensen) Anderson at the Presbyterian Hospital in Waterloo, IA, on October 28, 1941. He graduated from Dunkerton High School in 1960. Gene proudly served in the Army Reserves from 1960 – 1965, Private First Class. He married Diane Marie Reesink at the First United Methodist Church of Muscatine on December 28, 1967.

Gene began farming at an early age to help his dad who suffered from Polio. At age 12, he bought and sold cattle and ran all the farm's machinery. During a half-century of farming, he founded Dunkerton Dairy Leasing and Hawkeye Star Farms.

Gene was generous beyond measure, he easily turned strangers into friends; and he championed and loved his grandchildren. He helped lost boys from the Amish community during their rumspringa, neighbors, and friends of his children. He had a place in his heart for Jeff Graham, Jake Hoffman, and Joe Bartruff for their years of devotion to the farm and the family.

He was an Elder at Barclay Presbyterian Church and a fifth-generation member. He was baptized at Barclay on April 5, 1942 and confirmed on April 11, 1954. He was a Gideon, enjoyed the Chicago Cubs, and loved country life on the farm.

Gene was preceded in death by his parents and one sister-in-law, Donna Swenson.

White Funeral Home, 1315 Main Street, Jesup, IA, is in charge of the arrangements.

To plant trees in memory, please visit our Sympathy Store.
Published by Waterloo-Cedar Falls Courier on Nov. 15, 2020.
MEMORIAL EVENTS
Nov
15
Visitation
2:00p.m. - 5:00p.m.
White Funeral Home
1315 Main Street, Jesup, IA 50648
Nov
17
Funeral service
1:00p.m.
Barclay Presbyterian Church
Funeral services provided by:
White Funeral Home
GUEST BOOK
4 Entries
I met Gene once at an Easter service. I've always remembered his kindness and how authentic a man he seemed to be. That service gave me a peace I needed on that day. I'm sure he is sadly missed. I was hoping to see the church open and happened across his obit. My condolances to his family, church family and friends.
Susan
January 9, 2021
Our prayers and thoughts are with you. We are saddened for your loss. I always remember Gene´s smile and friendliness.
Karen (Jensen) Waytenick
November 17, 2020
Gene was a wonderful person and always had a smile on his face. He was very kind to people and was always willing to help anyone. Our thoughts and prayers are with Diane and all Gene's family.
Larry & Colleen Thomas
November 15, 2020
Diane and family, we were so sorry to hear of your loss. We always enjoyed our visits with Gene. Please know that our thoughts and prayers are with all of you.
Terry & Mary Sandberg
November 15, 2020