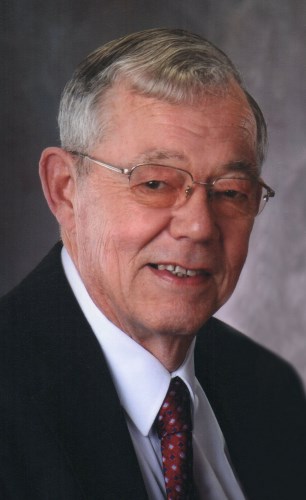 Jack was born Marvin John Cooper on June 23, 1942, in Marshalltown, to Allen B. and Betty Jean (Foss) Cooper. He graduated from Allison-Bristow High School, class of 1960.

Jack was united in marriage to Carolyn Yvonne Wessels on April 12, 1962, at the Little Brown Church in Nashua. To this union three children were born: Brad, Tammy and Debra.

Jack was a longtime owner of Cooper Motors in Allison, taking over the family business in the early 1960's before passing it on to his son Brad and grandson Brett.

As an active member of the Allison community, Jack served as mayor, city council member and volunteer fireman. He was also a member of the Commercial Club and the Iowa Auto Dealers Association. Jack was instrumental in the organization and development of Wilder Park. He enjoyed reading, puzzles, fishing and spending time with his family.

He was preceded in death by his parents, in-laws Rudy and Gertrude Wessels, along with several aunts, uncles and cousins.

The Sietsema Vogel Funeral Home of Allison is caring for Jack and his family.