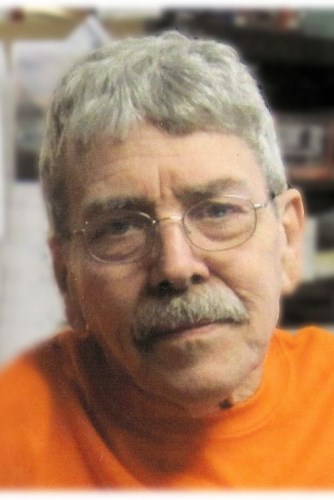 INDEPENDENCE-Jack C. Huntley. 84, of Independence, formerly of Waterloo, died at the Buchanan County Health Center Thursday, October 14, 2021, of complications of pneumonia. He was born October 15, 1936, in Waterloo, son of Clyde and Dorathea Huntley. He graduated from East High School in 1954.

Jack married Carole Leyh November 25, 1978, in Cedar Falls. Jack he worked as an architectural draftsman for Mort Cleveland for 14 years, with his father at Clyde Huntley Construction, and founded with his father and owned The Sled Shed until retiring in 2016. He was a Boy Scout Leader with Denver Troup 118, a private pilot, and enjoyed all things outdoors including snowmobiling and bird watching from his home overlooking the Wapsi river. He had recently received his 19 year medallion from AA.

Memorial Services: 11:00 a.m. Thursday, October 21, at Locke Funeral Home with inurnment at a later date in Union Mound Cemetery, Sumner. Visitation 4:00 to 7:00 p.m. Wednesday, at the funeral home. In lieu of flowers memorials may be made to Cedar Valley Hospice. Condolences may be left at www.LockeFuneralHome.com.

Published by Waterloo-Cedar Falls Courier on Oct. 17, 2021.
To plant trees in memory, please visit the Sympathy Store.
MEMORIAL EVENTS
Oct
20
Visitation
4:00p.m. - 7:00p.m.
Locke Funeral Home
1519 West 4th Street, Waterloo, IA
Oct
21
Memorial service
11:00a.m.
Locke Funeral Home
1519 West 4th Street, Waterloo, IA
Funeral services provided by:
Locke Funeral Home
MAKE A DONATION
MEMORIES & CONDOLENCES
Sponsored by Locke Funeral Home.
4 Entries
I really enjoyed having the Huntley family as neighbors on the river. They were always there if you needed anything. It was always nice to have a conversation with Jack when we had a chance. Rest in peace.
Steve McCoskey
Other
October 21, 2021
Dear Carole and Family, I'm so sorry to hear about Jack's passing, He was a wonderful guy, I loved to visit with him when he came to the Pulmonary Clinic, even thought he did feel well he had a smile and was such a kind fellow, I will miss him, God Bless you all. Kim Respiratory Therapist Unity Point .
Kim Koch
October 19, 2021
Oh Carol we are so very saddened by this news he was a wonderful man. Please call if you need anything!!
Dave and Becky
Friend
October 18, 2021
So sorry for your loss. Jack was such a joy to know. I worked at Covenant Medical Center in Home Medical & took care of his oxygen equipment for a few years. Loved visiting with him..
Mary Marienau
Friend
October 18, 2021
Showing 1 - 4 of 4 results