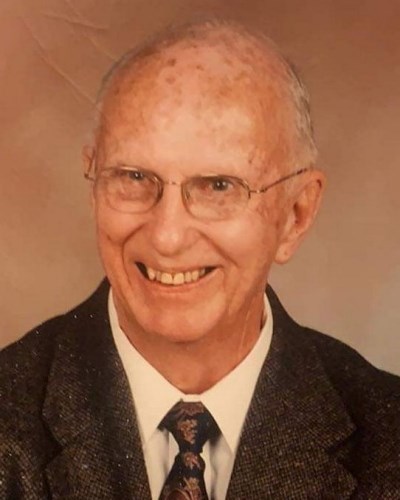 WATERLOO-John E. Anstey, 86 of Waterloo, died Nov. 20, 2020 at Ravenwood Specialty Care. He was born April 10, 1934 in Oelwein, son of Charles Edward and Rachael Naomi Palmer-Anstey. He graduated from Waterloo East HS in 1953. He married Mary Jean Anton on Mar. 16, 1957 in Waterloo, they later divorced. John worked as an accountant for Cutler Hardware in Waterloo for 21 years until closing. He also worked for Schoitz Memorial Hospital for 12 years and the Arkansas Dept. of Corrections for 5 years retiring in 1994. He was a member of Community Church of Christ in Cedar Falls. John enjoyed traveling, especially to Hawaii. He was an avid Hawkeyes fan attending every home basketball and football game. Survivors include: 2 daughters, Jodell (Tim) Mehmen, and Sandra Crow both of Waterloo; a daughter- in-law Sara Anstey of Waterloo; 8 grandchildren Jessica (David) Rindels , Katie (Bryan) Kerr, Josh, Ben, and Andrew Suprenant, Zacary Anstey, Holly (Andrew) Kessler all of Waterloo and 15 great grandchildren and one great-great granddaughter. He was preceded by: parents; son Russell Anstey; sister, Charlene Hulett, and granddaughter Jacqueline Jenkins-Scribner. Funeral Services will be held at 10 AM Tues. Nov. 24, 2020 at Kearns Funeral Service with burial in Oaklawn Cemetery in Oelwein. Go to www.kearnsfuneralservice.com for more. Memorials directed to the family.

To plant trees in memory, please visit our Sympathy Store.
Published by Waterloo-Cedar Falls Courier on Nov. 22, 2020.
MEMORIAL EVENTS
Nov
24
Funeral service
10:00a.m.
Kearns Funeral Service
3146 Kimball Avenue PO Box 536, Waterloo, IA 50704
Funeral services provided by:
Kearns Funeral Service
GUEST BOOK
3 Entries
So sorry for your loss. He was a sweetheart of a man and I enjoyed talking to him. Love and Prayers Pam
Pamela Alcott
November 28, 2020
My sympathy to the Anstey family. John was a year after me at East High. a nicer man you'd ever meet. We enjoyed working with him at Schoitz and he was able to join us at our luncheons too. We were sorry to have him move to Ravenwood but with the virus, I guess we wouldn't be able to get together anyway. May God's love and your memories give you comfort.
Madeline Wood
November 22, 2020
So sorry to hear about John's passing. He was always a delight to visit with at Liberty Manor.
Deb Frost
November 22, 2020