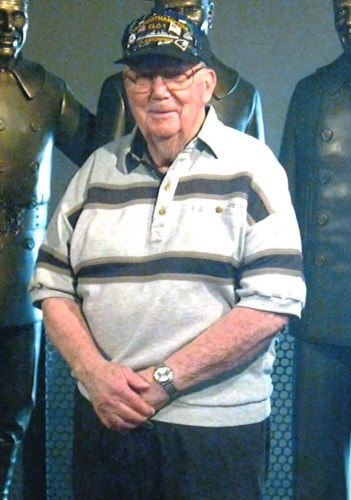 John was born November 15, 1932, the son of Michael and Anna (Braun) Mistretta in New York City, NY. He graduated from high school in Upstate New York and attended one year of college. He served in the US Navy during the Korean War. On June 15, 1957, he was united in marriage to Sharon Jerman in West Allis, WI.

He worked in customer engineering for IBM for 30 years, retiring in 1987. John was a member of the Cedar Falls AMVETS Post #49, and Blessed Sacrament Catholic Church in Waterloo.

Preceded in death by his two sons, John and Scott.

A memorial service will be held at a later date due to COVID19.

Memorials may be directed to the family. Online guestbook at www.richardsonfuneralservice.com

To plant trees in memory, please visit our Sympathy Store.
Published by Waterloo-Cedar Falls Courier on Nov. 15, 2020.
MEMORIAL EVENTS
No memorial events are currently scheduled.
To offer your sympathy during this difficult time, you can now have memorial trees planted in a National Forest in memory of your loved one.
Funeral services provided by:
Richardson Funeral Home
GUEST BOOK
3 Entries
Hi Sharon and Jill, I remember John and I spent a lot of time together taking turns driving to Mason City. We solved a lot of the world's problems. I am sorry for your loss.
Warren Dyke
November 20, 2020
Sharon, Jill and families, So sorry to hear of John's passing. so many good memories from our stays with you during our High School days. May God lighten the weight on your hearts and keep his light shining.
Carol Pardoe Meggers
November 18, 2020
So sorry that to hear that John passed yesterday. You have our deepest sympathy. Just remember we are next door if you need anything. I always enjoyed Johns humor and will miss him too.
Steven Flickinger
November 15, 2020