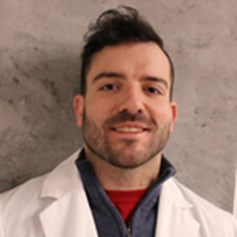 While in high school, Josh worked for Dunleavy Dairy and the Bartels Lutheran Home. While attending Wartburg, he worked in the E.R. at the Waverly Health Center. He recently had worked at Sommerfelt Flooring during his time away from medical school.

Josh found a passion for wrestling at an early age and loved to practice whenever he could. Josh could often be found watching college football or college wrestling with his dad. Josh enjoyed being outside and loved to hunt. He was an avid gym-goer and loved to lift weights. He was passionate about watching movies and particularly enjoyed comedies, war, and horror films.

Josh will be deeply missed by all who knew and loved him, and he will forever be in our hearts.

There will be a Celebration of Josh's life from 1:00 p.m. to 4:00 p.m. on Sunday, October 17, 2021, at the Denver American Legion. In lieu of flowers, memorials in memory of Josh may be directed to the National Alliance on Mental Illness or to the donor's choice in Josh's memory.