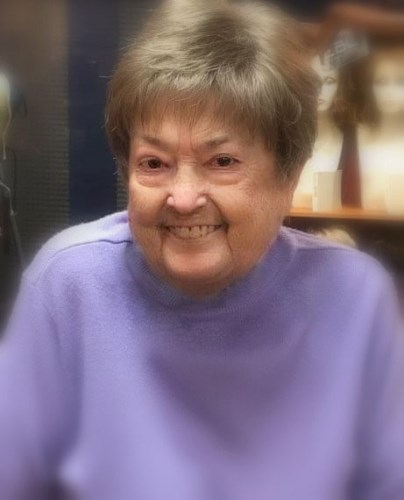 Kathy was born December 14, 1947 in Waterloo to Jack and Marjorie (Francis) Beaton. She grew up on Lyon Street in Waterloo with her brother Mike and sister Linda. In childhood, she spent many summers at family farms and at an uncle's cabin on the river.

She graduated from West High School in Waterloo and went on to study at State College of Iowa now the University of Northern Iowa. It was at this time she worked for the University Library.

She proposed to Dennis R. Hamer, and they were married on June 12, 1970. They recently celebrated their 51st anniversary. They began their married lives in Olathe, Kansas, later moved to DeSoto, Kansas and in 2001 moved to Dike, Iowa where they lived on Hole #1 of the Fox Ridge Golf Course.

Kathy worked as a clerk for the Johnson County Courts until 1975 when they fostered and later adopted their first two daughters in 1976. They adopted their third daughter in 1979. Kathy took her career as homemaker and stay-at-home mom very seriously.

Kathy's love for fishing began at an early age at her parents' cabin in Canada. She later shared this passion with her husband and many family members. In addition to fishing, Kathy liked to make cards, enjoyed playing golf, loved all word games, and was a master collector of trivia and a lover of books. Her sense of humor was unmatched by many, and she never forgot a name. She has been described by many as gracious with a talent for making others feel comfortable and well cared for.

Funeral services 11:00 a.m. Thursday, July 22, 2021 at the South Waterloo Church of the Brethren, with interment in the Orange Township Cemetery, both in Waterloo. Visitation will be from 9 a.m. until service time at the church.

In lieu of flowers, donations may be made to Alternatives Pregnancy Resource Center, Guiding Star Cedar Valley, and Cedar Valley Hospice. Online condolences may be left at www.richardsonfuneralservice.com