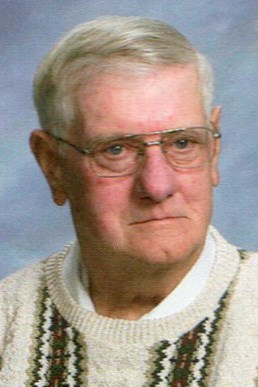 CLUTIER-Lawrence Lewis "Larry" Dvorak, 81, of Clutier, passed away Friday, February 12, 2021 at his home due to a sudden illness. A Memorial Service and Interment will be held at a later date at St. Wenceslaus Cemetery in rural Clutier.

Larry was born May 26, 1939, in Marshalltown, Iowa, the son of Lewis and Julia (Kuchynka) Dvorak.

He graduated from Clutier High School in 1956.

Larry worked for Sienknecht Implement until 1980 and farmed until 2010. He loved Allis Chalmers tractors and helping on the farm. Larry enjoyed watching the Iowa Hawkeyes football and basketball and going to casinos with his special friend. In his younger years, he liked fishing with his niece and nephews. Larry was a member of the Immaculate Conception in Clutier and later St. Paul's Catholic Church in Traer.

Preceding him death were his parents; one brother, Ronald Dvorak; and one sister, Lori Dvorak.

Memorials may be directed to St. Paul Catholic Church in Traer.

Kruse-Phillips Funeral Home, Tama-Toledo, is assisting the family with arrangements.

To plant trees in memory, please visit our Sympathy Store.
Published by Waterloo-Cedar Falls Courier on Feb. 14, 2021.
MEMORIAL EVENTS
No memorial events are currently scheduled.
To offer your sympathy during this difficult time, you can now have memorial trees planted in a National Forest in memory of your loved one.
Funeral services provided by:
Kruse-Phillips Funeral Home
GUEST BOOK
Sponsored by Kruse-Phillips Funeral Home.
0 Entries
Be the first to post a memory or condolences.