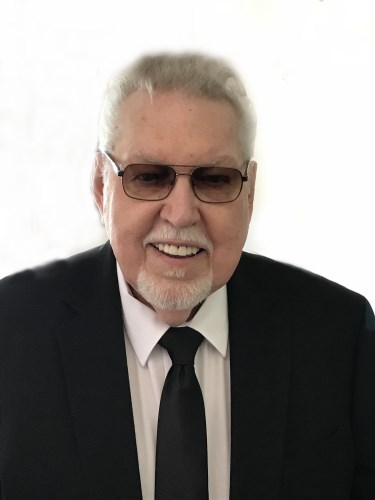 DENVER-Leon Edward Ehlers, 84, of Denver and formerly of Waterloo, passed away on Monday, September 20, 2021, at UnityPoint-Allen Hospital in Waterloo, Iowa.

Leon was born on November 7, 1936, Waterloo, Iowa, the son of Harold and Viola (Fults) Ehlers. Growing up on the family farm Leon was quick to find a fondness for the outdoors and farming. As a youngster he found a love for music and along with his brothers sang together in the Waterloo area. Leon graduated from East High School in 1955. He served in the United States Army from 1956 until his honorable discharge in 1957. While serving Leon was united in marriage to Annette Baker on August 18, 1956, and the couple divorced later.

Leon worked in the Waterloo area until he was permanently disabled at age 42. His love for the outdoors also found him spending time at his place at Lake Delhi. He also enjoyed mowing his lawn or moving snow with his tractor. With his love of football, he became an avid Iowa Hawkeye fan.

There will be a graveside service at 2:30 p.m. on Wednesday, September 22, 2021, at the Garden of Memories in Waterloo, Iowa with Rev. Anna Brewer-Calvert officiating. Visitation will be held from 12:30 p.m. until 2:00 p.m. on Wednesday at the Kaiser-Corson Funeral Home in Denver. Online condolences may be left at www.kaisercorson.com and memorials may be directed to the Salvation Army.

Published by Waterloo-Cedar Falls Courier on Sep. 21, 2021.
To plant trees in memory, please visit the Sympathy Store.
MEMORIAL EVENTS
Sep
22
Visitation
12:30p.m. - 2:00p.m.
Kaiser-Corson Funeral Homes Inc
110 S State St, Denver, IA
Sep
22
Graveside service
2:30p.m.
Waterloo, IA
Funeral services provided by:
Kaiser-Corson Funeral Homes Inc
MAKE A DONATION
MEMORIES & CONDOLENCES
Sponsored by Kaiser-Corson Funeral Homes Inc.
1 Entry
So sorry to hear about your loss. Leon was a great guy. I have some great memories from Lake Delhi with him and the family. I know mom always enjoyed spending time with Leon and the family as well. Sorry I can´t make it to the funeral tomorrow but please know you are all in my thoughts and prayers.
Todd Mikkelsen
Friend
September 21, 2021
Showing 1 - 1 of 1 results