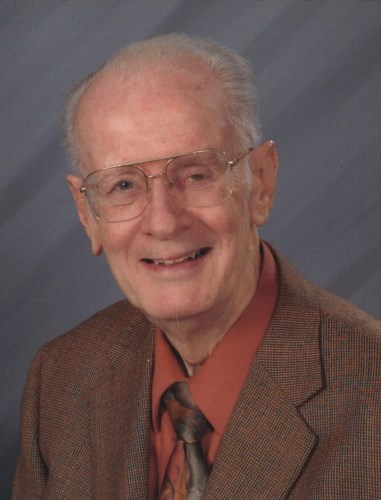 CEDAR FALLS-Malcolm Lathon Jernigan, age 83, of Cedar Falls, Iowa, died on February 23, 2021, at the Deery Suites, Western Home Communities. His family members living in Cedar Falls were with him offering loving comfort through his time of passage.

Lathon was born in Goldthwaite, Texas, on July 30, 1937, the son of Malcolm and Letha (Burks) Jernigan. He married Linda Louise Dorough on July 24, 1965, at Marvin Methodist Church in Tyler, Texas.

Lathon earned his Bachelor and Master of Music Degrees, both in Music Performance, in 1959 and 1961, respectively, from Southern Methodist University. In 1968 he was awarded The Most Outstanding Young Educator Award by the Classroom Teachers of Dallas and the Junior Chamber of Commerce of Dallas. He was employed by the Dallas Independent School System from 1961 to 1968. Among his duties was conducting the Bryan Adams High School Orchestra and the all-city youth orchestra. Lathon earned his Doctorate of Music degree from the University of Texas in Austin in 1971. Many summers of advanced studies with international artists were spent in Santa Barbara, California; Chicago, Illinois; New York; Hancock, Maine; and Salzburg, Austria.

Lathon came to the University of Northern Iowa in 1971 as Instructor of Music Theory, Aural Training, and Sight Singing. In 1974 his teaching duties were considerably expanded to other musical areas. His great joy in teaching at UNI was increased when he realized he was now teaching the children of former pupils. While at UNI, Lathon also conducted the Waterloo/Cedar Falls Symphony Orchestra for two seasons and the Wartburg Community Symphony Orchestra for four seasons. He served 14 years as principal keyboardist in the W/CFSO, two years as accompanist for the Metropolitan Chorale of Waterloo, and 40 years as organist at the United Church of Christ in Cedar Falls.

The family would like to express their thanks and appreciation to the wonderful staff at the Deery Suites for their professional and loving care of Lathon during the last two years.

Survivors include his wife Linda; two daughters Lisa Banks and Lesley Jernigan, and her partner Dave Hatcher; two grandsons, Donavon Banks and Sawyer Howe; one sister Janell Frazier; and one sister-in-law Paula Dorough Kahler. He was preceded in death by his parents.

Lathon was cremated. A memorial service will be held at the United Church of Christ, 9204 University Avenue, Cedar Falls, on Saturday, March 6, at 1:00 p.m. Social distancing and mask wearing will be required.

Condolences may be directed to the family at: richardsonfuneralservice.com or mailed c/o Richardson Funeral Service, 615 Main Street, Cedar Falls, Iowa 50613.

To plant trees in memory, please visit our Sympathy Store.
Published by Waterloo-Cedar Falls Courier on Feb. 28, 2021.
MEMORIAL EVENTS
Mar
6
Memorial service
1:00p.m.
United Church of Christ
9204 University Avenue, Cedar Falls, Iowa
Funeral services provided by:
Richardson Funeral Home
GUEST BOOK
Sponsored by Richardson Funeral Home.
2 Entries
Our thoughts and prayers are with you all. We so enjoyed Lathon´s talents while attending the United Church of Christ. He was such a joy to watch as he made the organ "sing".
Marlin and Marty Mullnix
February 28, 2021
Dear Linda & family, My sincere condolences on the loss of your beloved, husband, Lathan. Your devotion and loving care of him these past two years @ Deery Suites is remembered. We met and shared a familiar bond, caring for loved ones. My brother Richard, " Dick" and your Lathan. Our lunches together in the dining room, remain some of my best memories of times we shared together. I can´t imagine how hard this past year has been for both of you with the change in visits to him. Grateful you were able to be with him at the end. Sending you God´s comfort, love & his peace to you & your family. I feel like friendships I made those 15 months at Deery Suites were the silver lining in what was a difficult time for all of us. Sincerely, Deb Burger
Deb Burger
February 28, 2021